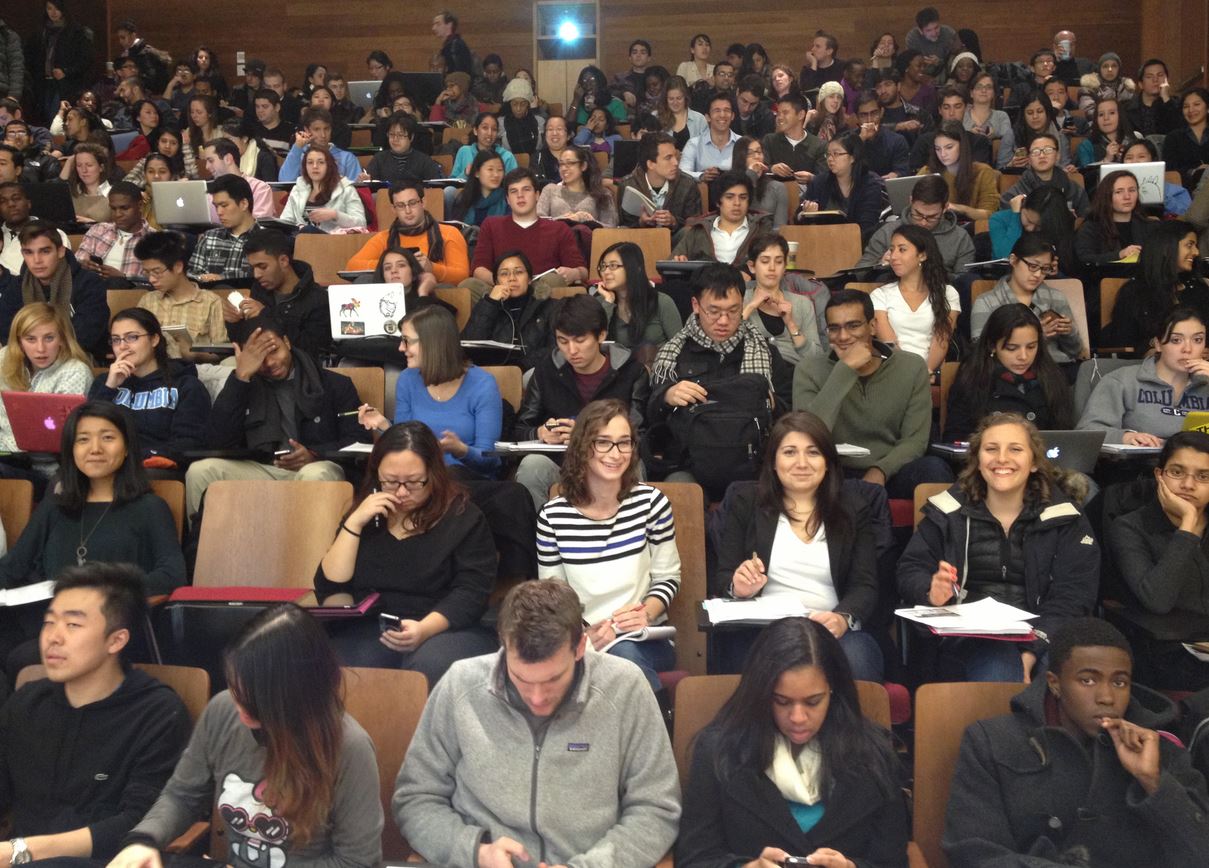 Much like the earlier post on doing human subjects research, we find a truism enshrined in the draft document’s eighth bullet point (at least in the opening clause; I include the ninth also since it too is related):

I’m not sure if there are many scholars out there who decline to provide an account of what they’re up to — it would not be difficult to understand conference presentations, publications, and even the teaching that we do to be doing just that. So I’m unsure why this needs to be included as one of the thirteen obligations the AAR’s committee sees fit to put into their document. Even paying attention to the threefold grouping into which they divide this reporting — our research questions, methods, and findings — isn’t innovative and therefore doesn’t help to clarify why this item was included; for this reads as if it was offering instructions to a lower level undergraduate students on how to write a research paper.

In fact, given that this is pretty much what we, as scholars, all already do, without being told to, it’s somewhat surprising that we also weren’t advised to have a thesis when we write a paper.

But putting sarcasm aside, I think I can make some sense of this item by reading not the first and longest part of the bullet point but its shorter closing, and also by paying attention not only to what someone decided to bold in the text: clear account — in particular, the adjective — but also to the fact that the point is repeated in a seemingly redundant ninth bullet point. This item is therefore concerned with pressing us to move beyond specialized nomenclature (or, in keeping with the spirit of these two bullet points, perhaps I should just say terminology or vocabulary…, or come to think of it, maybe just words will suffice?) and speaking and writing in a way that is understandable to the so-called broader public.

Now, as readers may know, the AAR has, for some time, included promoting “the public understanding of religion” among its core mandates — represented by a committee named as such…

…, along with an annual award described as follows:

…, and which has been given out to the following scholars, beginning in 1996 with Marty himself.

Looking over the list tells us much about what the Academy understands to count as work worth recognizing — in my reading, there’s not a rigorous explanatory theorist on the list. But I don’t want to belabor that (for it just reinforces the split long present in the Academy that I’ve already discussed in previous posts); instead, I’d like to ask about this thing called “the public” that is significantly in the singular in the above bullet point (though, admittedly, plural in the above committee’s self-description).

In 1997 I published an article in the Journal of the American Academy of Religion in which I lamented the role scholars of religion were then trying to play as so-called public intellectuals (the article is currently posted for free at the publisher’s site for the journal). 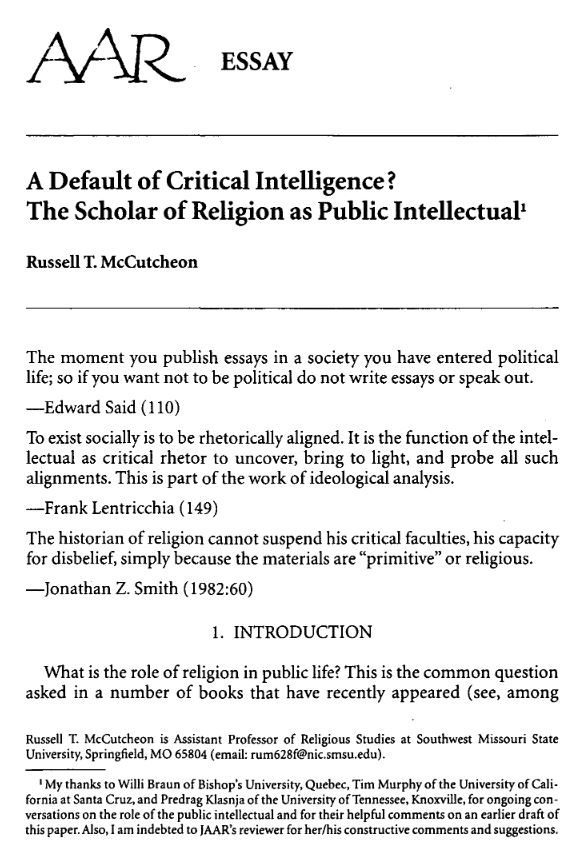 My argument was that inasmuch as we’re teachers and writers, and so far as we use the commonly adapted rules of rational argumentation and evidence, we’re already public intellectuals and always have been. The problem, I maintained, was scholars who claimed some form of special, intuited expertise and who therefore saw themselves as authorized speakers far outside the institutions in which they were trained and credentialed.

As I argued more recently, in an essay included in A Modest Proposal on Method, Essaying the Study of Religion,

a conception of religion as being an innate, deep, and existentially unique characteristic of the human informs the work of those who have what I consider to be a rather grandiose sense of the relevance of their own scholarship. Likening it to what Eliade once promoted as the new humanism — 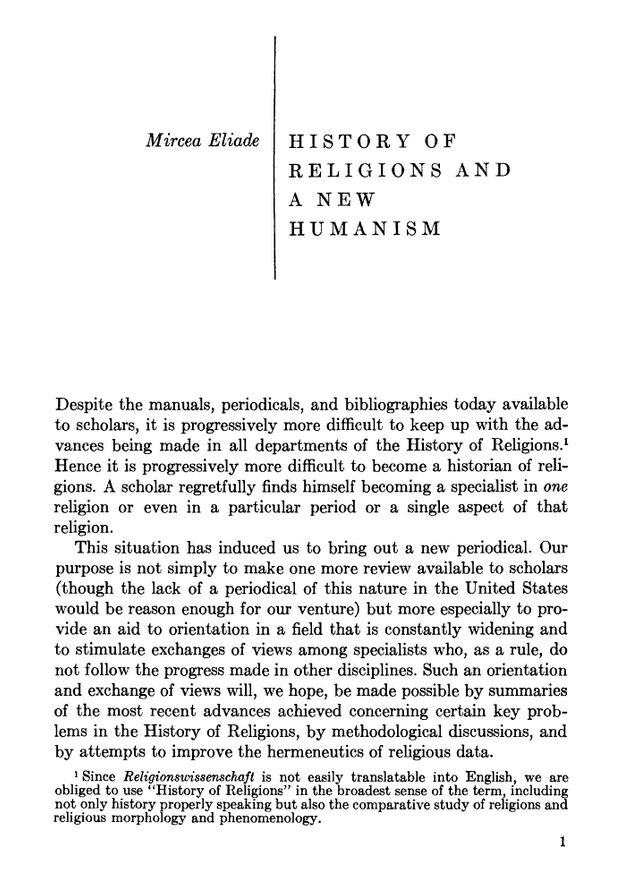 — in which the so-called existential situations that are assumed to be “camouflaged” in our objects of study [his word], once properly interpreted, would not only change the scholar but also be the basis from which the scholar would then change the world — this strikes me as an overly ambitious program that we’d never expect of other scholars in other fields. After all, I’m not sure that mathematicians are advised to write clearly and plainly so that the broader public can understand their work. Instead, these are, unapologetically, specialties who develop a specialized language to carry out specialized goals that, in some cases, have wider practical application but not always.

Asking why applicability and wide understanding is portrayed as a special obligation of scholars of religion uncovers a particular theory of religion that, I think, is rather suspect and not universally shared by members of the Academy.

So while I see a problematic understanding of religion to be animating such efforts to portray us as continually relevant, I also sense an unfortunate acquiescence to longstanding dismissals of scholars as being locked in an “ivory tower” — I say unfortunate since the desire to reach new publics seems to diminish the huge number of students we all teach annually, as if they themselves were somehow not members of the public, not people’s children, siblings, friends or even parents, as if they were not tax payers themselves and as if they don’t have effect or don’t talk to other people outside of our classes, working out practical applications of things they’ve learned in our lectures and seminars. This isn’t to say that all scholars of religion should be satisfied simply teaching and writing to other specialists, but it does mean that the Academy ought to realize that we who stand in front of students on a daily basis and who put our thoughts into writing in countless venues already are, and always were, devoted to enhancing the public understanding of religion (and, in some of our cases, the public understanding of what’s going on when some of us call something religion in the first place).

But recognizing this means challenging not just the rather self-assured presumption that, for whatever reason, the public needs to hear from us but, more importantly, what gets to count as “the public” — yet another technical term in this document that, despite seemingly part of the vernacular (or should I just say “everyday speech” or “way common people talk,” since “vernacular” is not itself part of the vernacular), is doing a lot of unspecified heavy lifting in these two bullet points. So it would be helpful if the committee would follow it’s own recommendation by offering a clear account of what it means by this thing “the public” and, along with it, a rationale for why, of all things that their document could identify, naming our responsibility to communicate to that unspecified group — and doing so twice in such a brief draft! — counts among our most important duties as researchers who study religion. For why must they — whomever they end up being — need to hear from us?