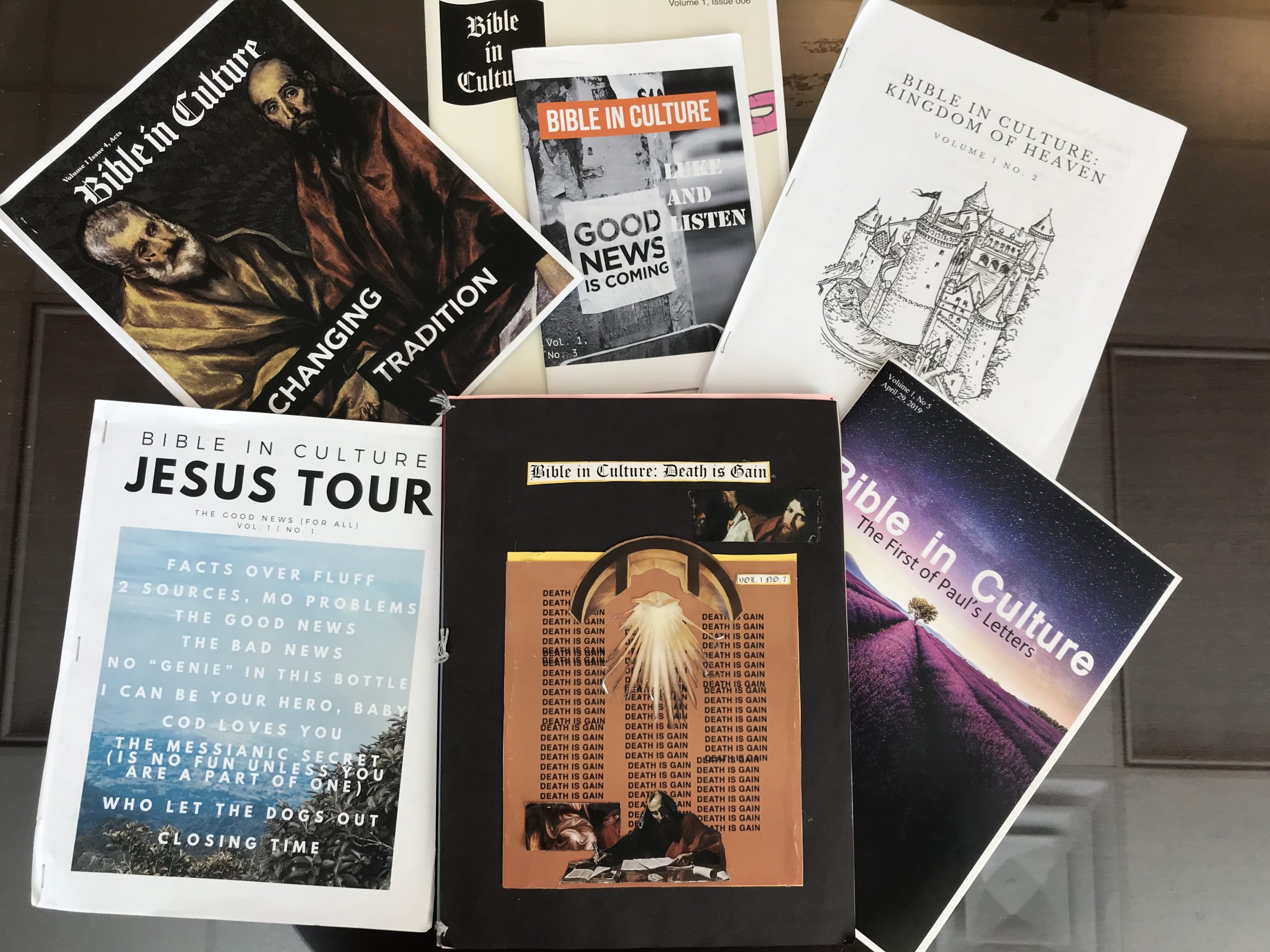 Prof. Newton discusses the origin of a creative student research project that he used to end his Introduction to New Testament course. Learn more about studying the Bible in Culture in the first, second, and third entries in this series.

One of the themes of my New Testament course is that our understanding of terms like “Bible,” “scripture,” or “Christian” cannot be easily ported to our understanding of the ancient Mediterranean. We spend a lot of time redescribing the early Jesus followers as constituting themselves into “collectives”  and thinking about what they may have looked like in relation to other social groupings that we see in the ancient world. We examine genres and conventions that are familiar to us from the biblical corpus (say, for instance, the Acts of the Apostles) by testing our cultural assumptions against what we encounter in non-biblical examples (continuing the analogy, the Acts of the Arval Brethren). Simply put, we deal a lot with comparison.

Comparison can be fun too.

When I first arrived at UA, Prof. Merinda Simmons and I were discussing our mutual interest in the role of texts in the study of identity when she tripped me onto our campus’s collection of zines, archived in the W.S. Hoole Special Collections. Zines are a category of texts often produced and circulated by a small group as representative of emerging shared interests. They present a complex, “for us, by us” presentation of discourses that reflect a  community’s concern. This opened up a couple of neat learning excursions.

First we played around with the idea of reading the literature of the New Testament as a sort of “zine.” In class students wrote their our own “epistles” to exhort a contemporary subculture (e.g. our favorite football fanbase, Greek organization, or extracurricular club) to do something. Each student had to use the literary techniques and standards that they sussed out from their study of ancient Mediterranean letters–Paul’s and others– as well as social insights to present the most compelling case.

We took this comparison further by going in another direction–namely that of published scholarship as a zine. So throughout the semester, students worked in seminar groups to become experts of a select biblical text. At the end of the semester, they worked together to create a zine on their text.

Some chose a more magazine aesthetic. 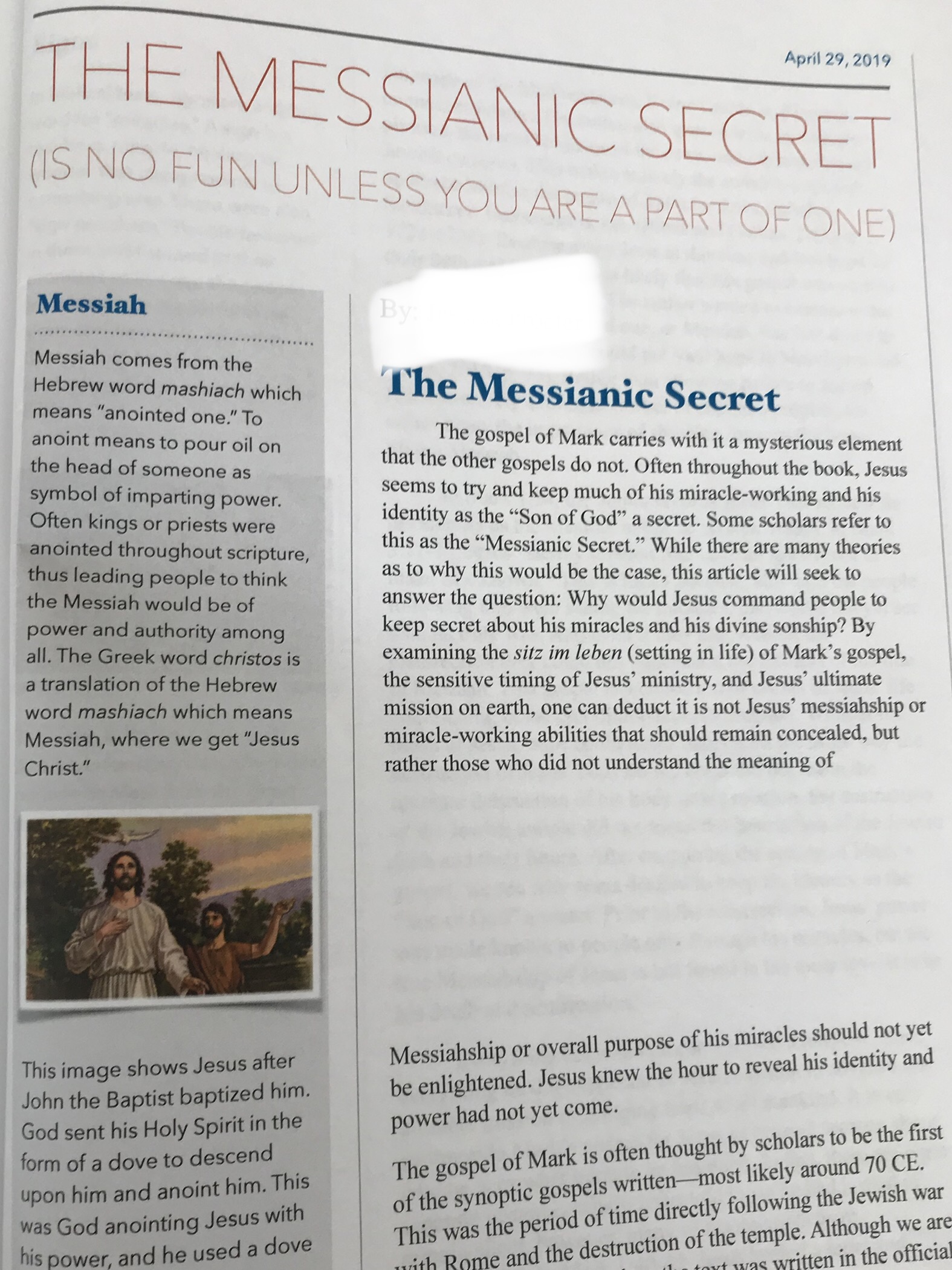 Others took advantage of the DIY possibilities of the genre. 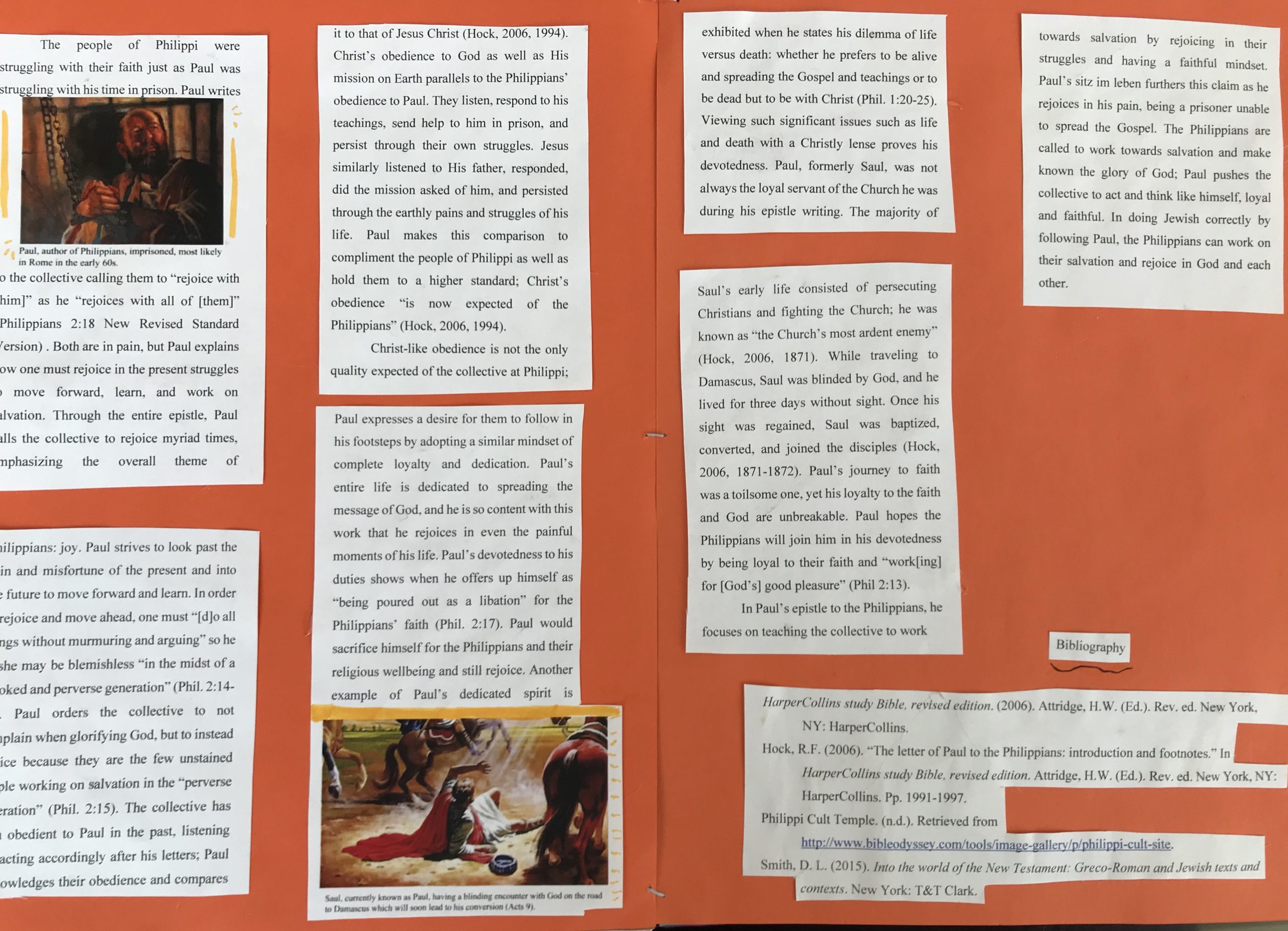 Each individual had to contribute their own article. The article had to teach readers something by applying a “Bible in culture” approach to the study of their text. Students referenced their study notes, used the Society of Biblical Literature’s Bible Odyssey resource, and their textbook (Daniel Lynwood Smith’s Into the World of the New Testament) to develop their ideas. Articles also had to have call out sections that defined key vocabulary words from biblical studies.  And every issue also came with a soundtrack that students developed, justifying how a song was emblematic of their theses. 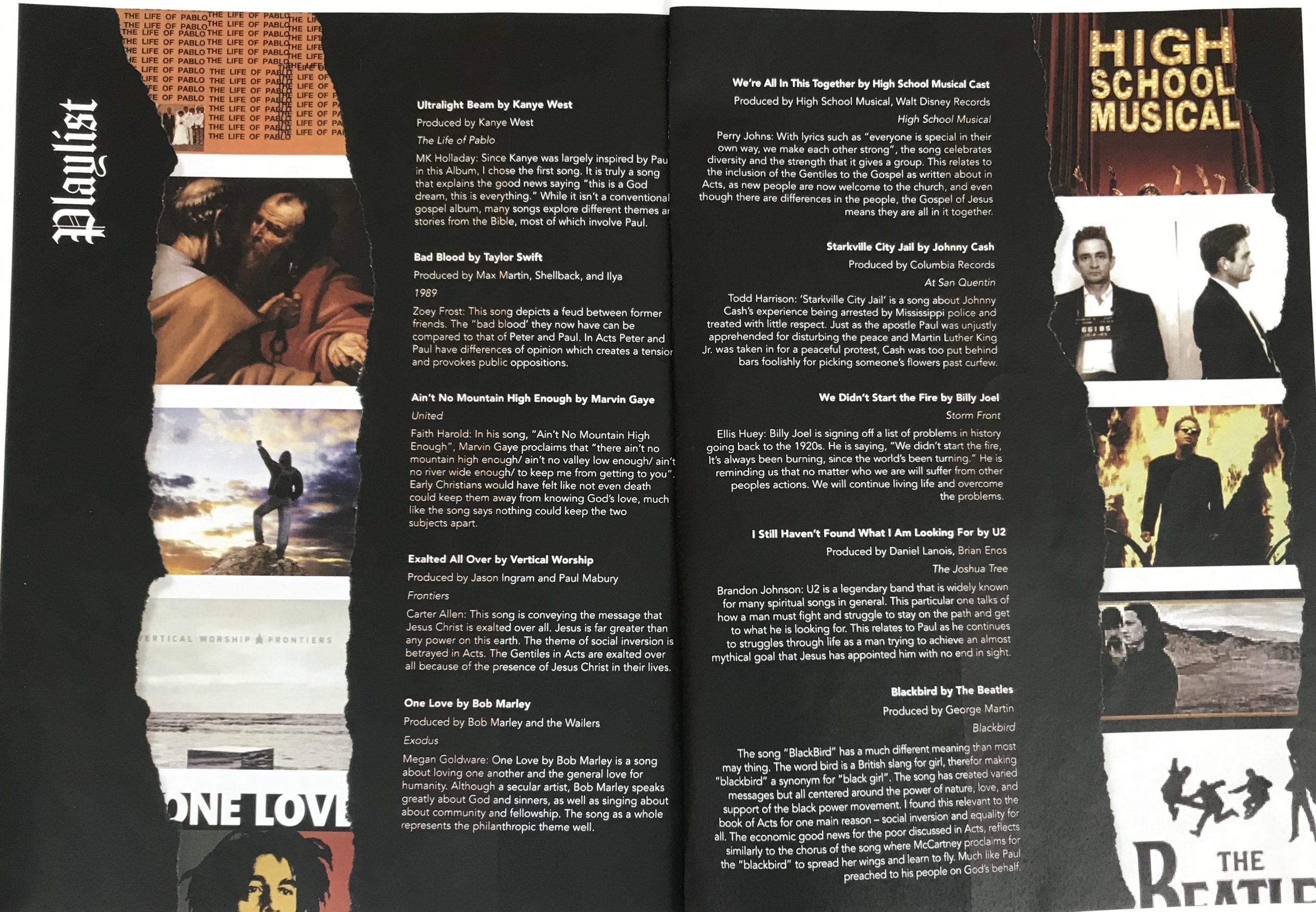 The comparison became a tangible way to remind students that they are not just consumers of knowledge but producers of it. And I’ve enjoyed hearing how many of them have shared their work with friends and family or have seen things in other parts of their lives that made them think of the dynamics they studied here.

Tomorrow we’ll close out the series on the Bible in Culture with an except from a student’s article. So stay tuned for more fun.