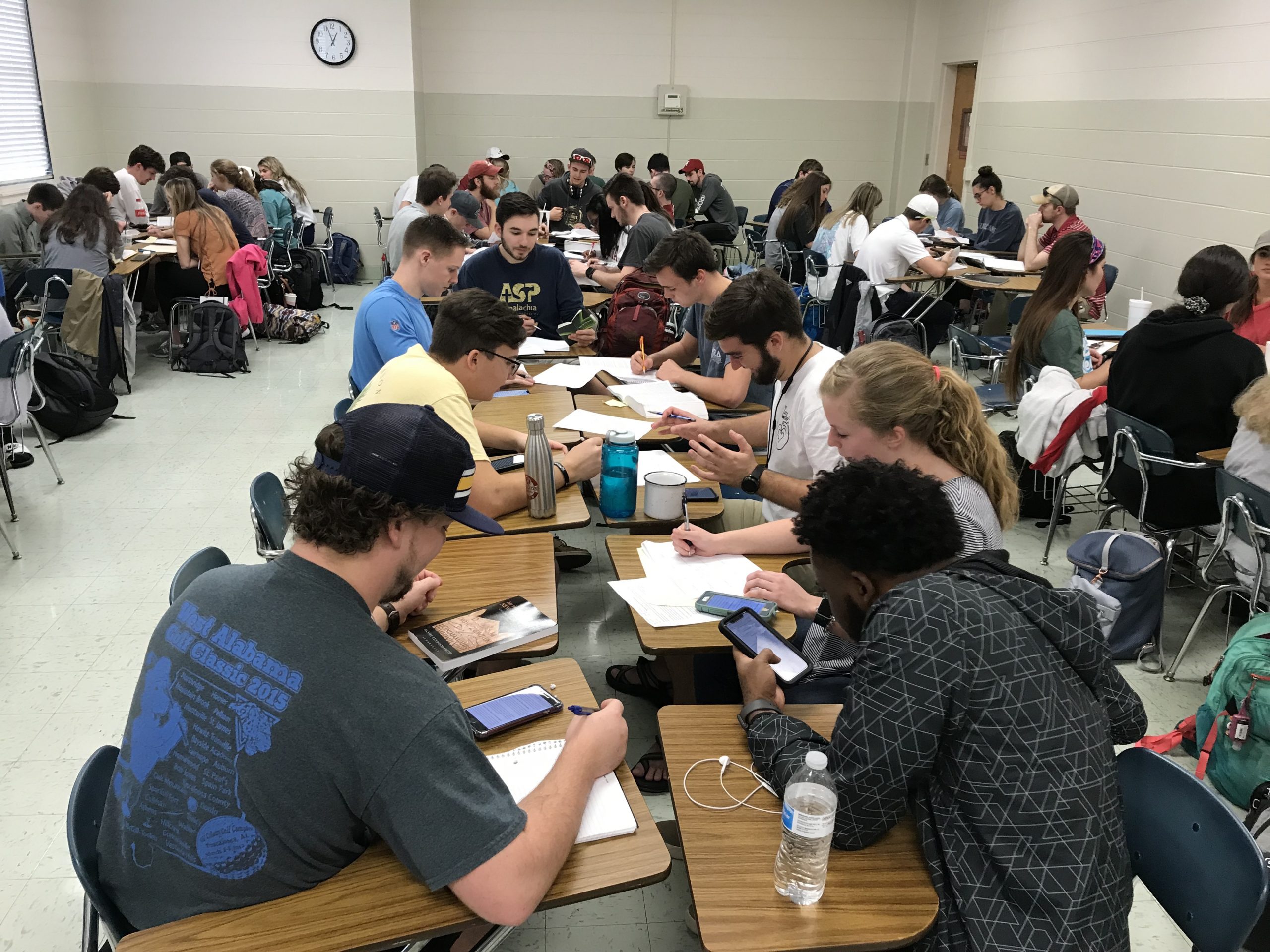 Prof. Newton reflects on his approach to teaching the Bible in a public university. Study religion and find out about the Bible in Culture here, part 1, and in future posts.

One of my aims in my Introduction to New Testament course is to lead students in thinking carefully about the actors and drama represented in the text. As Adele Reinhartz notes, when our explanations employ terms like “Pharisee,” “Jews,” “Samaritans,” or “Romans” too assuredly, we probably have more questions to ask about what’s at play. Just as a quick point of comparison, we wouldn’t be so cavalier using terms like “the Blacks,” “the liberals,” or “the South,” especially in mixed company, right? So what is to be gained by taking these ancient typecasts at face value and without qualification?

We spend a lot of time time complicating the idea of identity. In fact, using the comparison above, students seem to have little trouble recognizing the notion of sacrosanct identity as a politically-loaded packaging of what Jean Francois Bayart termed, “operational acts of identification.” But this takes practice. Part of thinking about the “applications and traditions” associated with New Testament texts is considering the work these terms do in various first century Mediterranean scenarios.

One of the fun things about this Bible in Culture approach is that it has reinvigorated some classic comparative exercises for me. We do the synoptic gospels comparison. We do the juxtaposition of the Pauline epistles. But instead of me saying, “here’s the answer”, I’ve followed Mark Goodacre’s lead and have had students tell me what’s interesting in the data to them. They make the observations. They observe patterns and disjunctions. They hypothesize about social relations based upon the dots that they’ve connected.

And if this weren’t neat enough, I’ve been pleasantly surprised how students’ newfound curiosity about the Bible extends beyond our data and class.

If you follow the Department of Religious Studies at all, you probably know that we have buttons…lots of buttons. 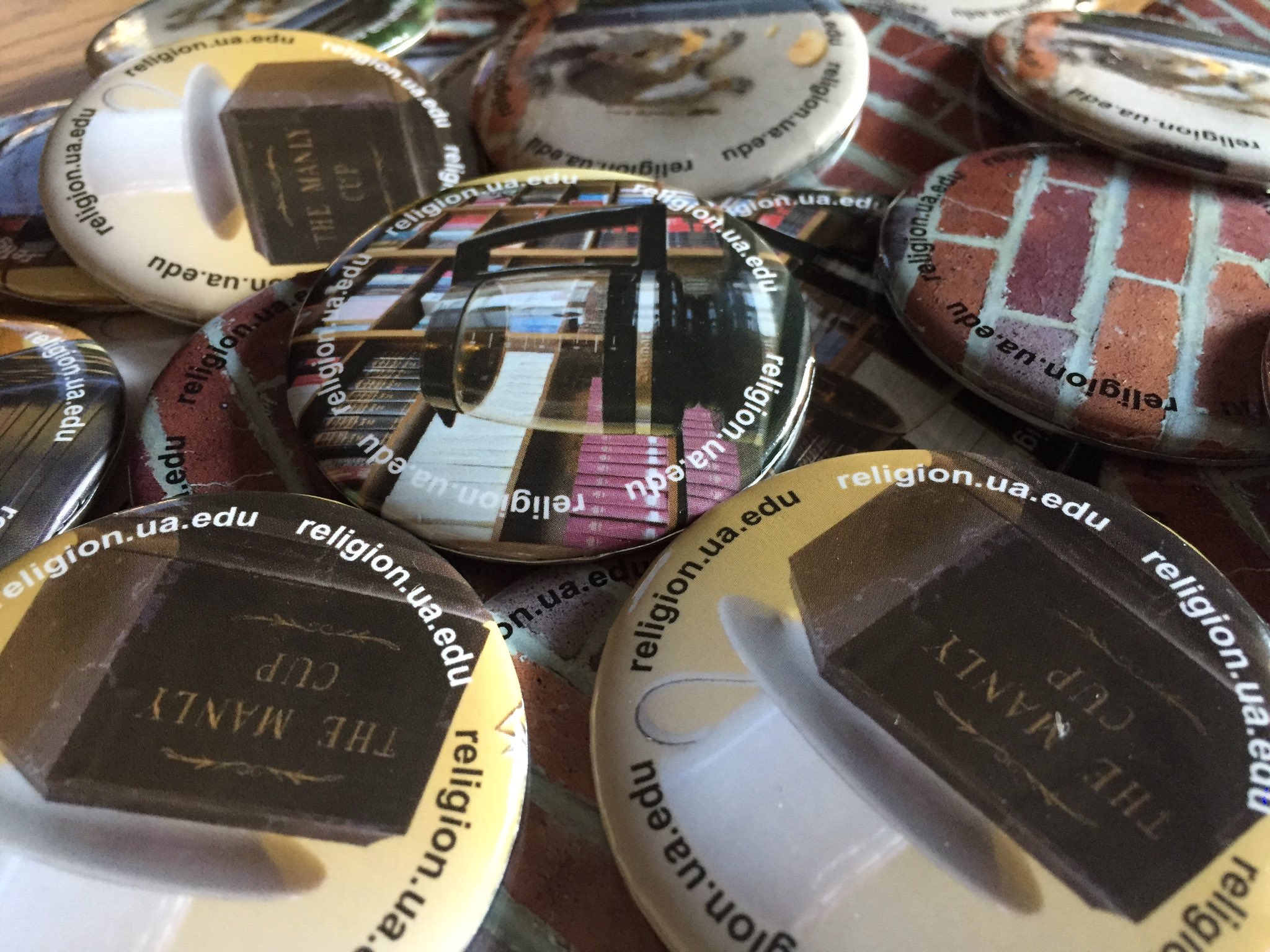 At one of our button events, one of my NT students, Sydney Strock, came by and we were shooting the breeze about class. During our conversation, she shared how a recent lesson on identity played a key piece in one of her Spanish classes. I asked if she’d be willing to share and she agreed. And boy am I glad that she did!

She had penned a comparative analysis of what she described as “estrategias utilizadas por la autoridad para permanecer en autoridad,” the strategies used by authorities to stay in authority. Her first case study was the 1833 death of King Ferdinand VII of Spain. Ferdinand had no male heirs. And instead of his brother Carlos taking the throne, the Crown fell to Ferdinand’s three year-old daughter, Isabella. Strock wondered about Ferdinand’s motivations for overwriting what Carlos  understood as tradition and his divine right. Was Ferdinand a proto-feminist, or just a petty despot using a little girl to have the last laugh?

To Strock, the unanswerable question bore a resemblance to a case of contemporary feminism. She had read a study about the terms on which a group of Catholic women would and wouldn’t identify with the feminist movement. She writes, “ninguna de estas mujeres quiso pereder una parte de su indentitad de por la otra.” None of these women wanted to lose one part of their identity for the other.

At the button event, Strock met one of our M.A. students, Sierra Lawson (currently doing a PhD at University of North Carolina—Chapel Hill) about their studies and their common interest in Spanish. Lawson wrote a response to Strock’s essay.

“I like the parts of her argument where she investigates the agency of social actors and makes a distinction between the notion of chaos and changes that are accidents and, on the other hand, moments in history that appear deliberate. If I am reading her correctly, there are moments in life that shape us more than others and without those moments- or those sorts of moments in the lives of others – we wouldn’t be who we are.”

Teaching the Bible in Culture works best when we operate as guides more than sages. When we leave a little breathing room for questions and investigation, students’ can show us what could be on the syllabus. They get to work in their studies and remind us about what is possible when we remember we don’t know all the answers and that we got into this business because of the questions.