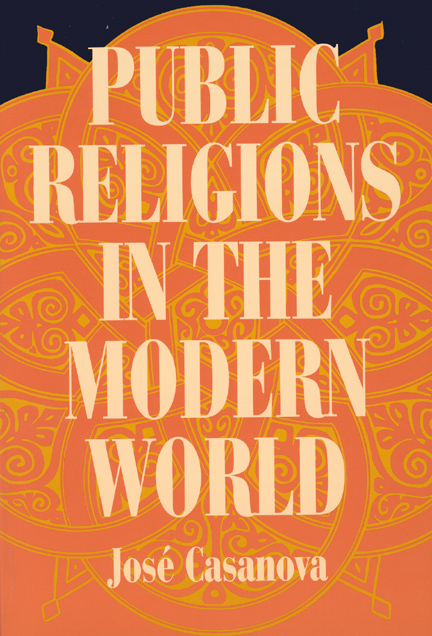 Like the problematic notion of material religion (critiqued here), the idea that religions can be either private and public is a troublesome one that we seem not to be able to get beyond. It’s a notion given significant steam about 20 years ago with the publication of the book pictured above; as described on the publisher’s site: 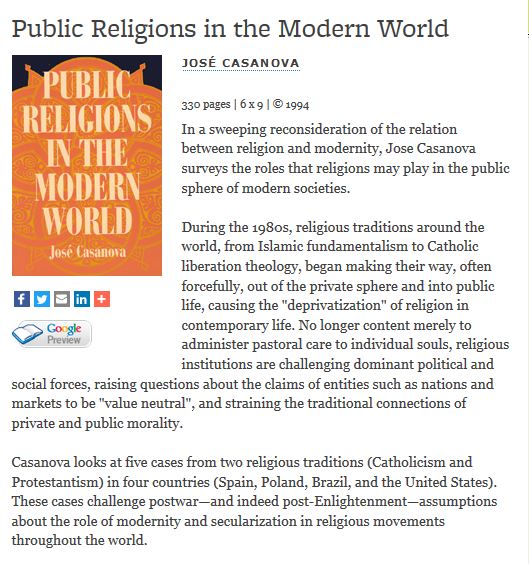 Instead of assuming that religion is first and foremost an inner experience that (for good or ill) is somehow expressed publicly, how would we rethink this entire tradition of scholarship on so-called public religion if we instead understood all of daily life to be public — always and already?

For maybe religion never was in the private sphere but, rather, we may have used that word, religion, and a host of other socio-political management techniques, to create the impression of a walled-off and (literally) self-contained private realm, in order to just get some things off the table — a series of techniques that no longer seem to be able to separate and contain what they once did.

For social (thus public) roles concerning such things as gender and generation are found within the confines of the apparently private home, no? And each of us adopts the expectations of others, making them part of the seemingly private self that we each think we have. (Freud was onto this with his idea of the superego) My point is that the limited utility of the private/public binary is pretty evident, for each time it is invoked it can easily be collapsed — demonstrating that privacy is a social and thus negotiable construct.

So if this was our starting point — not that private things are eventually expressed or manifested or that they meander through the public but, instead, that claims of privacy are just that, claims that are made in specific situations by specific actors, the effect of which is to try to limit what your neighbors see — then how would we rethink not just what we mean by religion but also experience, faith, and spirituality? And how would we rethink this now booming scholarly industry on so-called public religion? For we would no longer have any notion of privacy as naming a substantial thing in the world; instead, we’d examine the practical effects of rhetorics of privacy.

For, to tweak that phrase of Bayart‘s, all we may have are operational acts of privatization.

This strikes me as a dissertation waiting to be written — one that takes the secondary literature on public religion as its primary source, asking why the tradition arose when and where it did and what it’s practical effects have been for how we understand (and regulate) difference in this modern world.