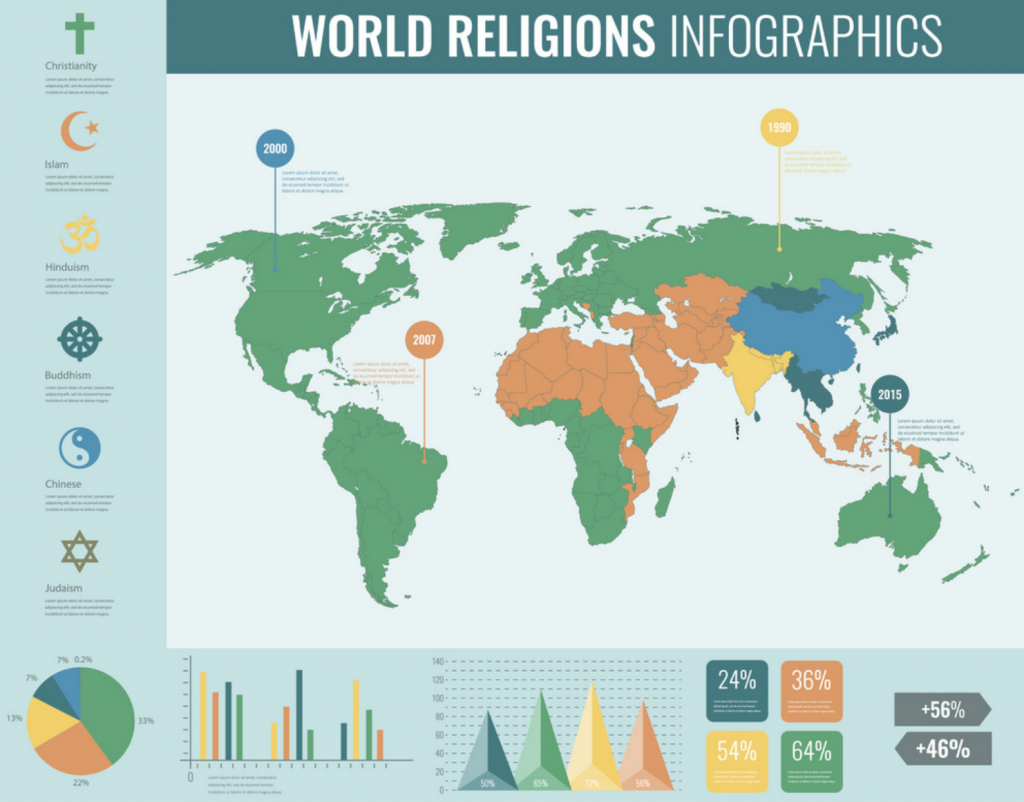 The US field’s largest professional association, the American Academy of Religion, recently released a set of guidelines (3 years in the making) on promoting religious literacy in 2 and 4-year US colleges — find it posted here as a PDF. 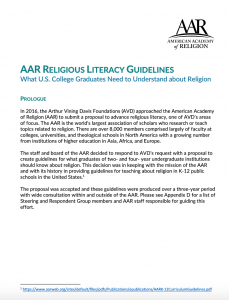 We discussed this report — written by a fairly large committee — to start off our grad seminar, the other day, paying attention, to begin with, to just the opening paragraph, which reads as follows:

Every college graduate ought to have a basic understanding of religion as a part of human experience.

Religion, though it can be defined in different ways, provides frameworks for interpreting human purpose, action, and self-understanding. Religious traditions have functioned throughout human history to inspire and justify the full range of acts and attitudes from the heroic to the heinous. Its influence remains potent in the 21st century in spite of predictions that religious influences would steadily decline with the rise of secular democracies and continuing advances in science. Many local, national, and global events and environments have prominent religious dimensions that need careful, critical examination in both their contemporary and historical contexts. Understanding these religious dimensions requires a form of “religious literacy” that the academic study of religion provides.

Apart from the opening claim about “human experience” catching the students’ attention (just what is this apparently pan-species thing, they wondered [having read their Judith Butler…]), and also what they described as an almost undergrad-like line about something happening “throughout human history…,” what they all zeroed in on was that despite not offering a definition — since, as the opening line informs readers, there are different ways of defining religion, after all — a definition is, nonetheless, advanced. For, as that opening line goes on, it turns out that religion “provides frameworks” and, as asserted in the next, that religious traditions function to do certain things. (What the difference is between religion and a religious tradition is left undeveloped here.) To put it another way, they agreed that the opening seems to be saying, in a rather realist but also undefended voice, that there’s religion, on the one hand, and, on the other, there’s definitions of religion; for the “though” suggests that, although there are many ways of defining religion, we all know that it’s at least this and that…

Now, our students had just read Craig Martin’s chapter, in Leslie Dorrough Smith’s new edited volume, devoted to a pretty rigorous argument for the manner in which definitions constitute items as objects of study, rather than merely being a way to describe and generalize what are assumed to be their already-present or permanent features — so the report’s opening line, and the claim that religion is apparently part of our permanent infrastructure (“part of human experience”) struck them as, well, pretty interesting.

For, as noted when we concluded our discussion, had the opening line instead been revised, just slightly, to read something like:

Religion, though it can be defined in different ways, provides ideological frameworks for mis-interpreting human purpose, action, and self-understanding…

then the classically Marxist nature of the report’s starting point would have been painfully apparently to a reader, who might then proceed through the document curious about other possible indications of such a position — suggesting to us that the definition that the report does use, but which it doesn’t defend or situate, is just as much a stance as any other, and probably deserves further scrutiny.

So, have you read the guidelines…?