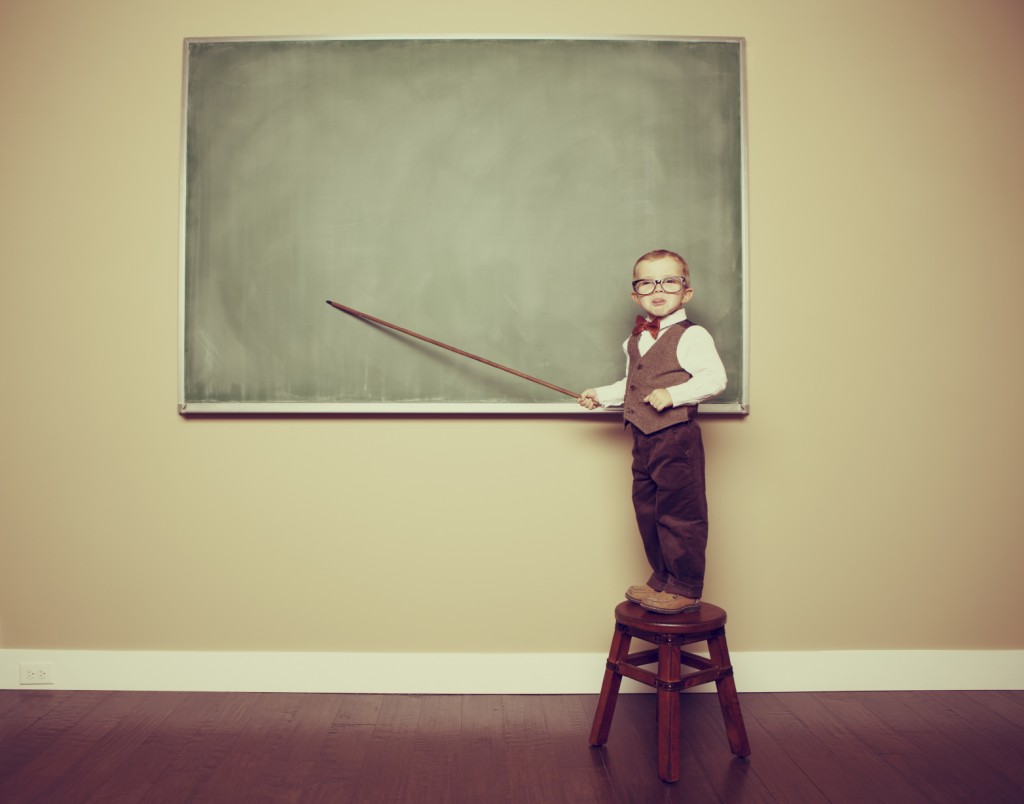 I’ve seen a lot of early career people teaching — of course, I was once one of them, like us all, back when, at the University of Tennessee in the early 1990s, I would write out entire lectures the day or night before and then read them each class, sticking closely to my text — and they unfortunately share a trait with some of their older, supposedly experienced colleagues: they’re proclaimers. Sitting at the back of a classroom, during the typical practice teaching moment for a job interview (something we require in our Department, along with a research presentation and a variety of other steps that comprise the typical on-campus job interview today), I’ve heard my share of candidates talk about methodological this and ontological that, hierophanies abound as do ideologies, and liminalities, and transcendental epistemologies, not to mention some post-structuralist ennui. But in the midst of the technical vocabulary I often find people who do not yet know how to teach but who, instead, are equipped only to tell people what they themselves already happen to know.

In a word, they’re proclaimers.

It makes sense that many early career people adopt this style, of course, and they’re not to be blamed. (I tend to think I’m writing this post more for graduate supervisors than graduate students, to be honest.) That’s because much of their training has been focused on highly detailed, precise situations, learning everything they can about them, reading and citing all the relevant literature so that, at least in the footnotes, they communicate to their doctoral committee members and eventual examiners that they ought to be credentialed since they know what they’re talking about. (And voila, a budding manuscript that, eventually, an acquisition editor judges as “reading too much like a dissertation,” but that’s another post….) And not just the people they read or for whom they write but also many who they hang out with, and talk to over coffee or a beer, also know a fair bit about their object of study, the tools they’re using, the problems they’re trying to solve, and so they have the luxury of detail, of specificity, of expertise, of nuance; but it is a benefit they quickly lose when at the front of a room filled with first year students (or when writing a grant application to be judged by people outside their field, so grant-writers: listen up as well). For these students all come from a variety of disciplines and happen to be taking a 100-level course in our Department for a core curriculum Humanities credit — the situation into which we place our job hopefuls.

Because, like a lot of Departments, our bread and butter derives from the number of majors we recruit and graduate but also the total number of students we teach each semester (i.e., the credit hours we generate); so one of the ways we’re judged by the administration (i.e., one of the ways we successfully recreate the conditions in which we do so many other interesting things as well) is the degree to which we help to serve the total undergraduate population, offering not just Humanities core courses but also core Writing courses or Honors classes in support of the large number of students on campus recruited by the Honors College. Since the study of religion, as practiced on a public university’s campus, is not generally an option in U.S. secondary education, the vast majority of students who eventually gravitate to our Department (whether for one course or an entire major) are people who find us in the 100-level course, when they’re 18 or 19, probably having never before heard of what we do — they very people that most of us once were ourselves. So while looking for a specialist who will hopefully gain tenure someday and make a lasting contribution to the field are high on my list as a Department chair, you can likely guess that I’m also looking for someone who persuades me that, in the classroom, they can re-imagine themselves as that novice they too once were and can then usher others along to join them where they now are.

Of course there are Departments looking for this or that specialist who will only teach this or that specialty — maybe offering broader courses on it in the lower-level but doing nothing but narrowing the gaze across all the rest of their teaching (you know, the survey of that sub-field in the 100-level and then eventually running small graduate seminars and supervising dissertations on a very tiny slice of the same thing, never teaching, say, a world religions course or anything but their specialty); but like many Departments (lots of which are far smaller than our own, which will have seven tenure-track faculty as of the Fall 2014 semester, two of whom have small cross-appointments to other units), our life blood is found in the ability to attract the interest of people who’ve never heard of what we do (some colleagues and some administrators fall into that category as well, but that too is probably best left to another post…); so I value the ability of getting students interested in a set of skills and a place to use them that they may have never even thought of before.

Proclaimers strike me as not doing a very good job of that. They tend to distance students, in my experience, for they present the destination as a fait accompli. (Question: would I use that French phrase in a class without a quick translation…? For more is being taught in our classrooms than just the technical information of our field, a fact apparent when I get students to report on the new vocabulary they learned in a reading — often they are far from technical terms in our discipline.) In other words, they often don’t show them how to get there from where the students are now. (That is, a map to a destination is different from a guide book that you use once you’re there.) That you know thus becomes more important than how you know, and I tend to think that the latter is far more important — after all, you can always look up facts online or in an encyclopedia. So I think that proclaimers tend to have forgotten the path they themselves took, an incremental path over a decade or more, of course, which may have been so glacial slow and steady that it’s easy (or, as an attempt to authorize oneself today — an issue often more pressing at the start of ones career — perhaps we should say “tempting”) to overlook the tremendous change that has taken place in their own knowledge and skills.

So the trick to being a good teacher, I tend to think, no matter what stage of career you’re at, is not to forget the long hard road you yourself took to get to a place where you take for granted that you can talk about phenomenology (much less say it and spell it correctly); for to the newcomer that you once were this word is probably just sound that you’re hearing, with nothing to tether it to, and for all you know it starts with an F.

Having said all this, I can’t close without noting that I’ve seen some great early career teachers in my time, of course, and I’ve even been lucky enough to work with some of them, though I’ve seen yet others who came here for an interview go elsewhere and have great careers; I tend to think they’re all successful in the classroom because they see themselves as co-conspirators with their students, able to — for example — re-imagine the first time they read some text, bumped up against some idea, or watched some documentary in class. Their students know that they’re moving with their professor and not trailing behind.

(Given my title, how can I not end with a song?)

2 thoughts on “The Proclaimers”