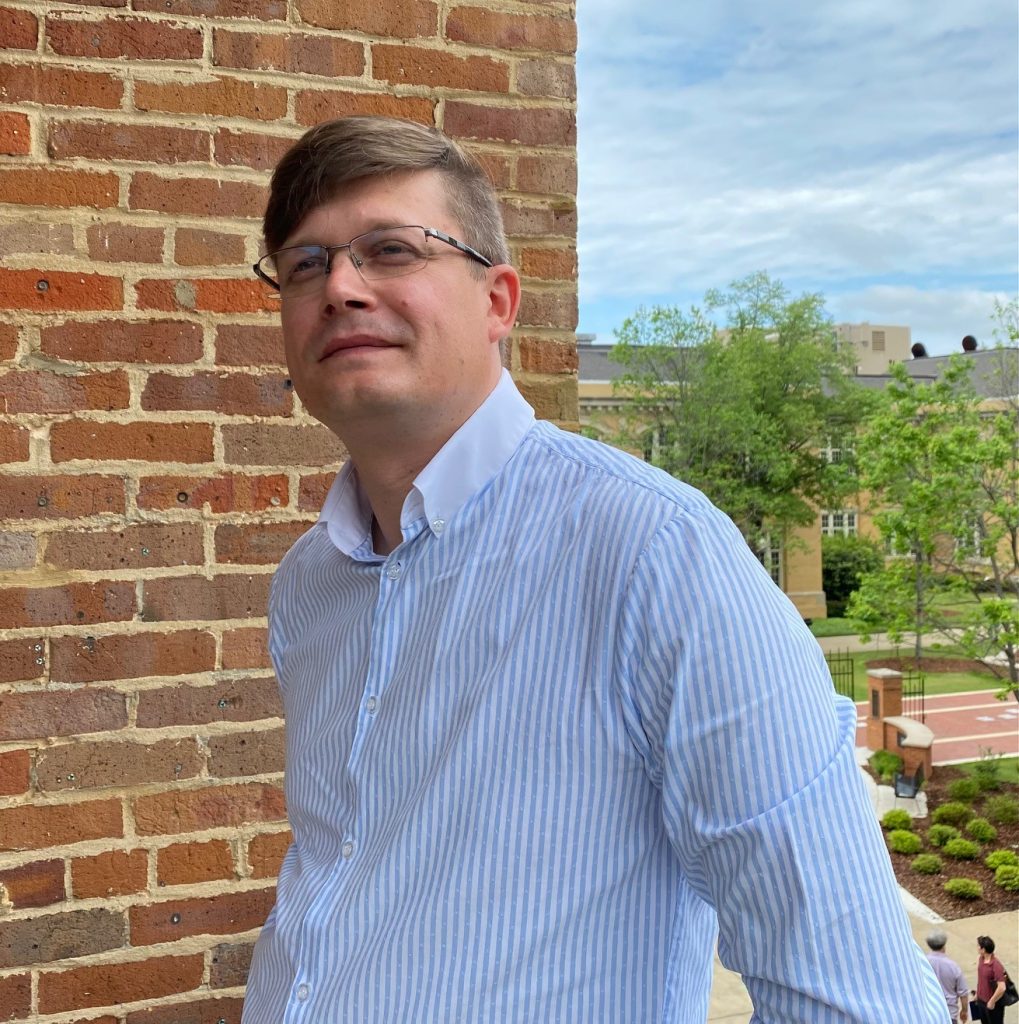 The Department of Religious Studies has announced that Dr. Oleg Kyselov has been hired as a full-time Instructor for the 2022-23 academic year.

A senior researcher at the H. S. Skovoroda Institute of Philosophy in Ukraine, Dr. Kyselov first joined REL in October 2021 as a visiting Fulbright Scholar — having been awarded this prestigious appointment for a 9 month visit. Now, instead of returning to Ukraine in July, he will be working in REL for the coming school year, in such courses as REL 105 Honors Introduction to the Study of Religion and our monthly upper-level evening class, REL Goes to the Movies.

His own research covers a broad area, including the sociology and geography of religion along with a variety of topics in the history of religions, globalization, and methodologies. He has used his position as a Fulbright Scholar to become more familiar with the study of religion as it has taken shape in North America over the past forty years, studying approaches that are not as widely used in modern day Ukrainian scholarship on religion.

The Department is very pleased that Dr. Kyselov and his family are able to remain at UA for the coming year. “Oleg is one of a very small number of Ukrainian scholars now in the U.S. on a Fulbright,” said the Chair of the Department, Prof. Russell McCutcheon, “and we’re quite happy that this has worked out.”

Until his return from sabbatical in the UK later this summer, Dr. Kyselov will continue to use Prof. Trost’s office in Presidents Hall, though he will eventually move upstairs to the third floor when a space becomes available there early in the summer.

2 thoughts on “New Appointment in REL”