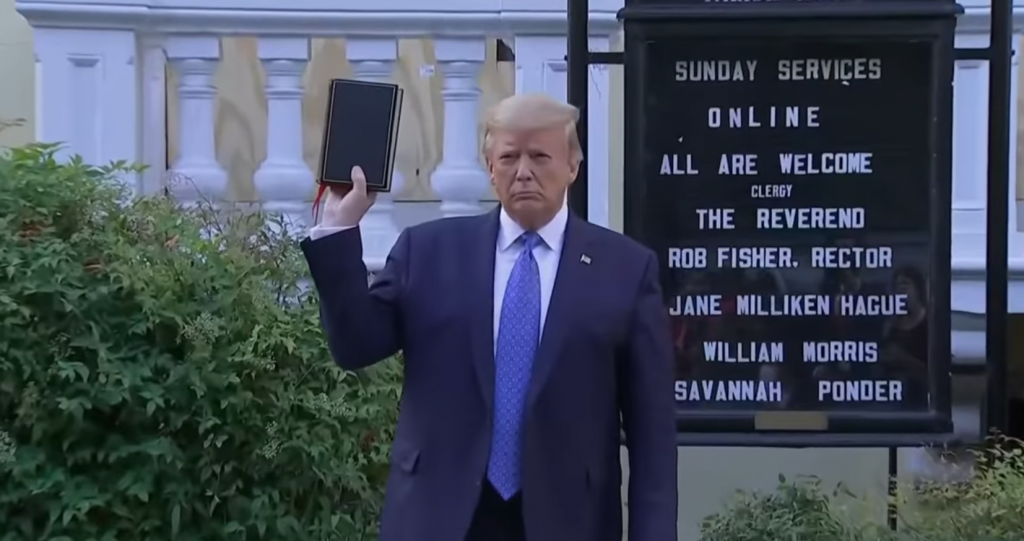 There are certainly those scholars of religion who will study yesterday’s episode — when a large number of peaceful protestors in Lafayette Square, just north of the White House, were dispersed by police and the national guard with tear gas, batons, and flash-bang canisters (otherwise known as stun grenades), about a half hour before a curfew went into effect, so that Donald Trump could walk to St. John’s Episcopal Church, just across the street from the park, to pose with a bible as part of a 17 minute photo-op — as an episode in the misuse of a holy object.

It’s a common enough way of studying religion, after all, captured nicely in how the Episcopal Bishop for Washington DC and parts of Maryland put it for the New York Times:

Bishop Budde denounced the way the president held up a Bible during his visit, a move she interpreted as a political prop.

As she later elaborated for ABC News,

He is not entitled to use the spiritual symbolism of our sacred spaces and our sacred texts to promote or to justify a a completely, an entirely different message. 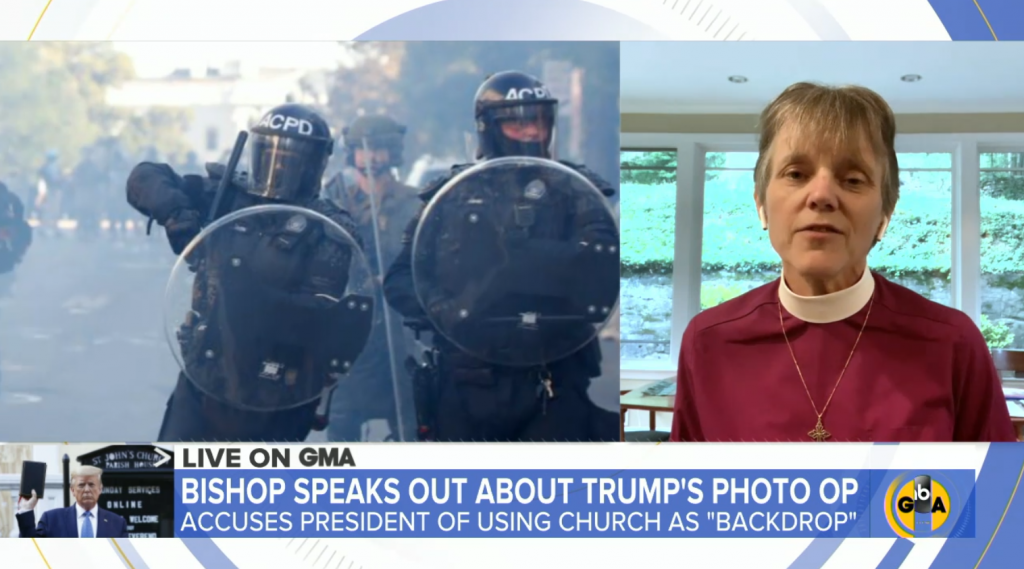 But there are also those scholars of religion who will approach this episode in a rather different fashion, leaving to the theological insiders the debates over what counts as the proper use or essential meaning of their symbols and texts.

Such scholars will instead assume that signifiers work at the level of form just as much as at the level of content — in other words, you don’t have to read a bible to “get” its meaning. This is something that Pres. Reagan’s re-election team understood when they reportedly tried to use Bruce Springsteen’s “Born in the USA” as a campaign anthem — a song whose memorable chorus, nicely following the rules of pop music, might distract listeners from what’s going on in the verses.

So, not unlike the Bishop’s clerical collar and vestment, which conveys meaning to many even if their finer details are not known, and not unlike the significance effectively conveyed by the style and color of the riot gear worn by the police and national guard, simply posing with a bible outside a boarded-up church functions for many viewers, has an effect, which Trump’s team more than understood when planning the photo-op before the press.

The trouble is, of course, that, like any symbol and any act, it has many effects because it has many viewers, all “reading” it in different ways. So the question is which of these effects, which of these meanings, will come to be associated with yesterday’s event. Surely, the White House is hoping that their supporters saw a “law and order” President defending the faith (which, of course, means a certain form of Christianity). But it’s not tough to imagine what others might have seen in the same episode — such as all those who were tear gassed and forcibly cleared out of the way for the photo to be taken.

1 thought on “The Uses of Symbolism”