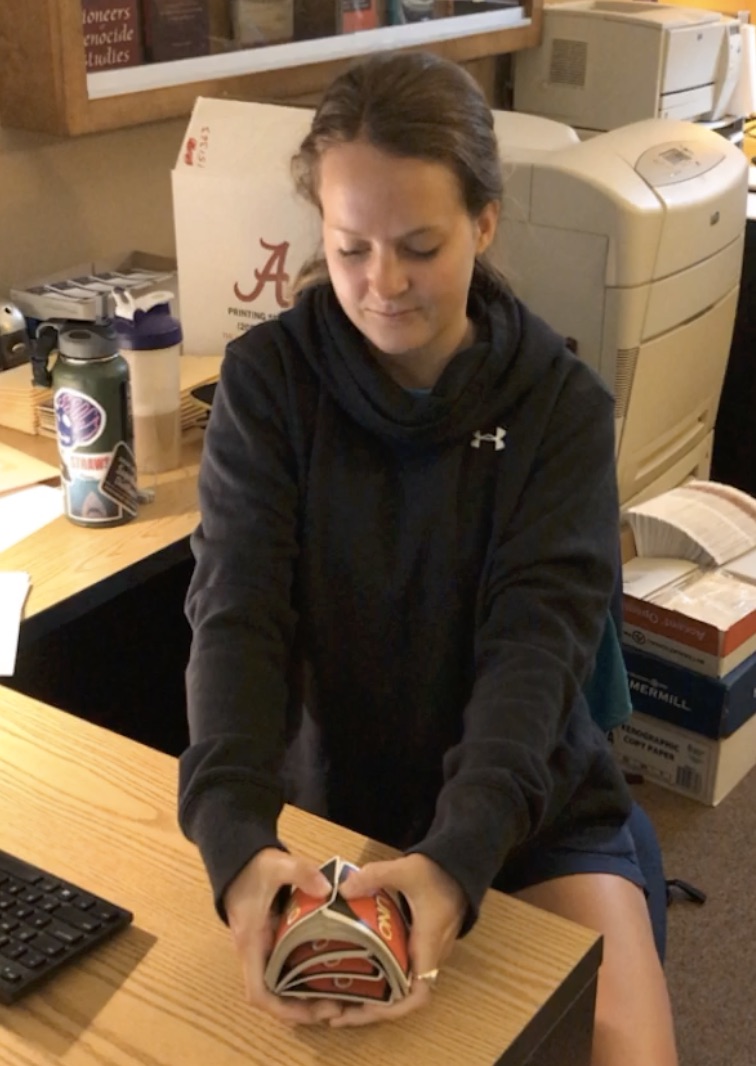 In the Department of Religious Studies, we train students in the nuance of comparison and sophisticated understandings of classification. What better test could we offer at the end of the semester than the 11th Annual Manly Cup Competitive UNO Tournament.

Per the traditional rules, players took turns laying down a card matching the color and/or number of the one atop a common discard pile. Cards were drawn either when a player had no playable cards or a special “draw card” was played by the preceding player. When a player had but one card, they shouted “UNO.” The winner was the first to empty their hand. The losers received a score based upon the remaining cards in their hand. 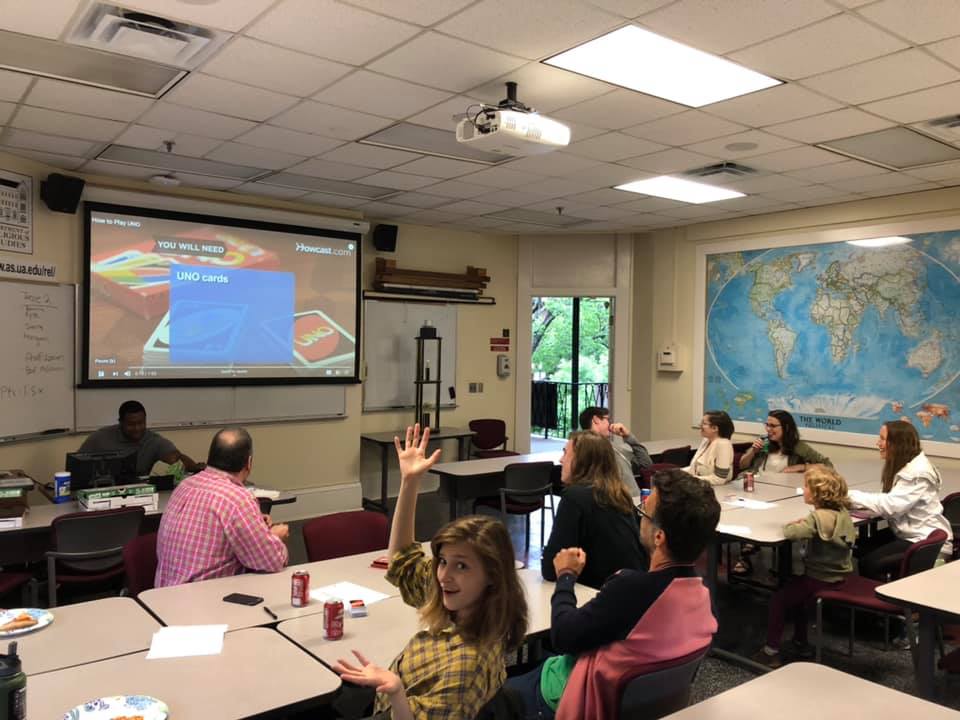 Prof. Newton shuffled some of Manly Hall’s finest students and teachers between two tables. Each participant played the hand dealt them in three cutthroat games. The three players with the lowest score at each table advanced to a final, winner-take-all showdown for the Manly Cup. 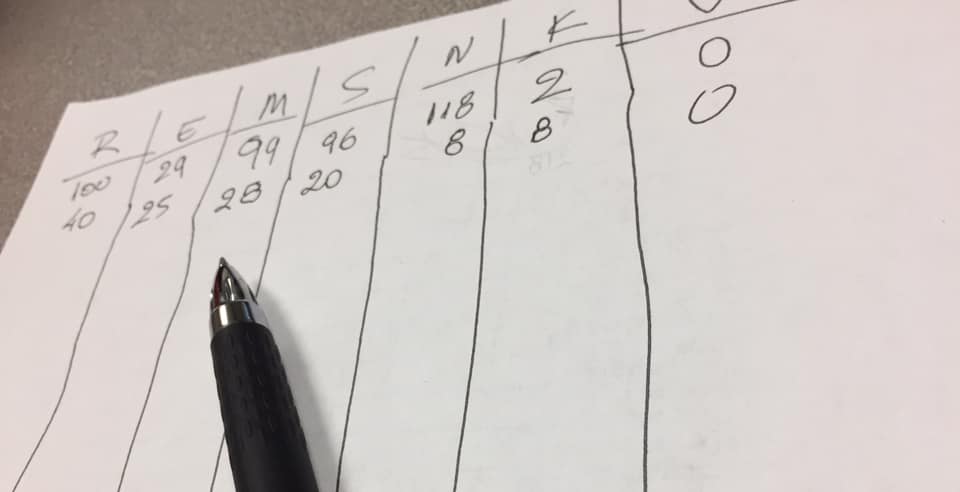 Prof. Newton was the lone faculty representative at Table 1 but won two games to ensure his place in the finals. Savannah played the long game, putting up respectable numbers in each round to synch her place at the big dance. 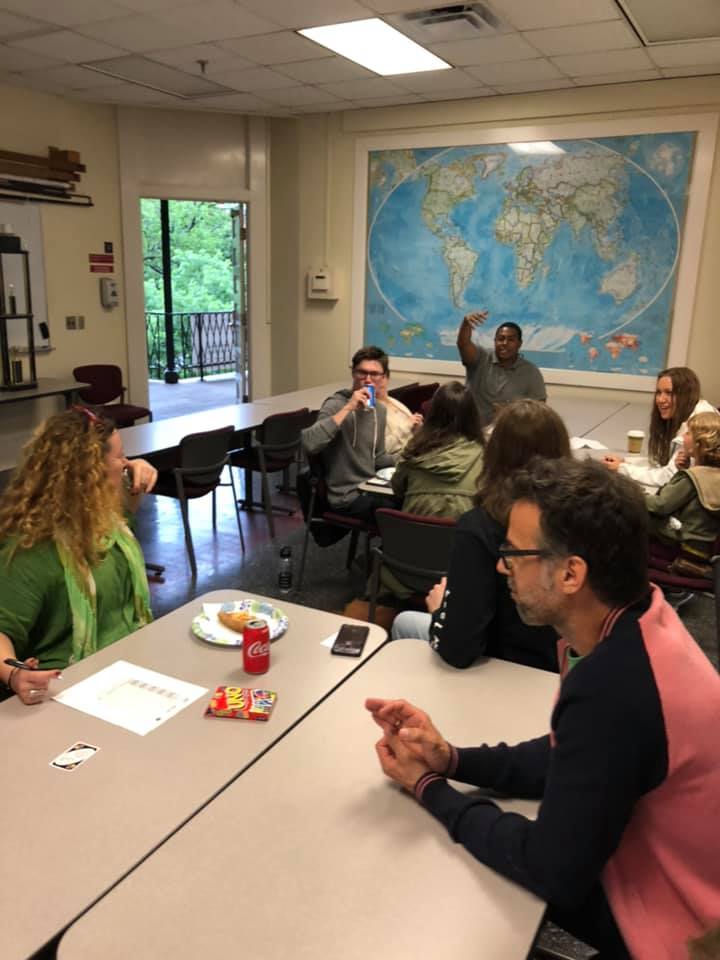 It was Ellie though that squeaked out a win with an assist from the seasoned “A-Lo,” who made a surprise visit previously rumored on social media. The dynamic duo flew under the radar most of the game, including a stealthy arrival at UNO card that caught the table unawares. Was it Ellie’s phantom Uno declaration that set fate in motion? Was it A-lo’s storied “lucky UNO” card–slick with pizza grease–that sealed the deal? Fans will debate this for ages. 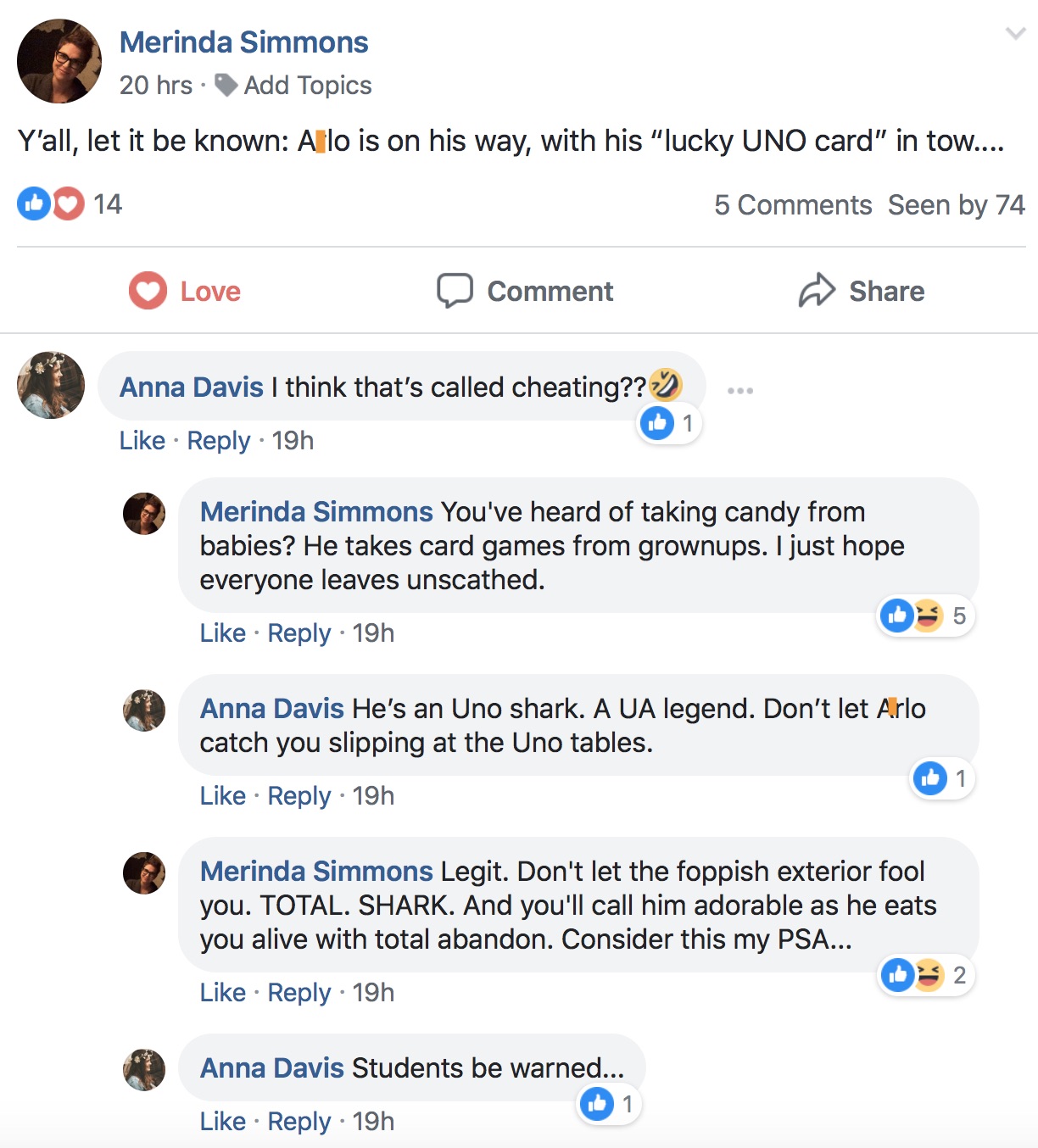 Table 2 was all business. Prof. McCutcheon put students on notice that he was the rookie to watch. Emma and Kyle let him know that this was a game for keeps. Prof. Touna had none of it and racked up faculty wins by her lonesome. 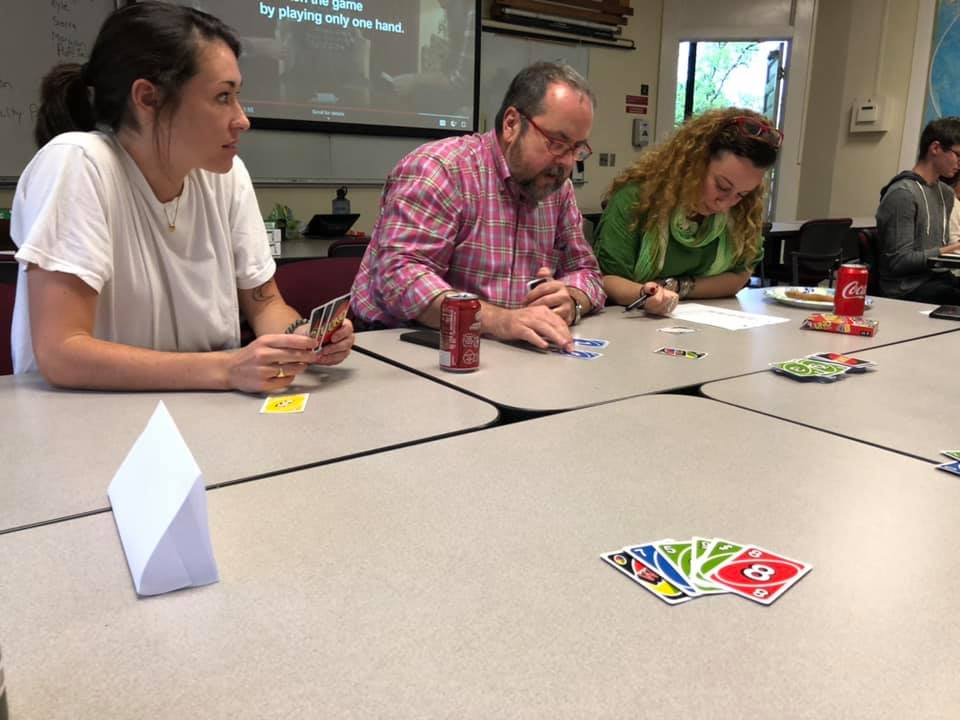 Even from the Losers Table, the glory of the Manly Cup could be seen shining on the world. Smooth casino jazz set the tone for the evening. Pizza served as the appetizer. Who would feast on triumph: the students or the faculty? 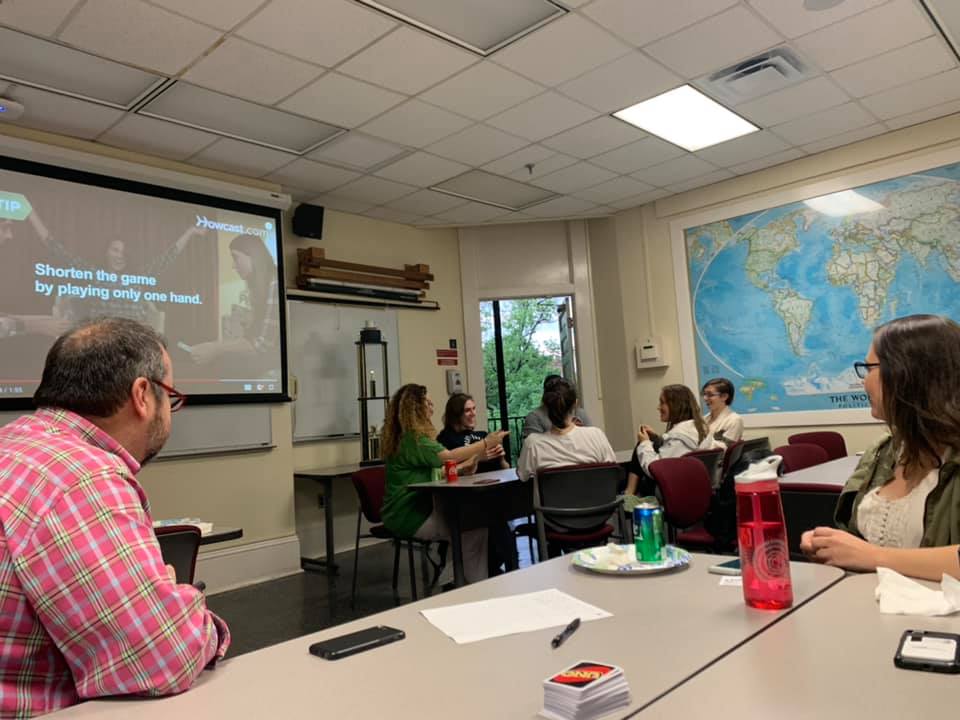 Fireworks sparked as rivals shouted “UNO” (and more) at each other. It was all in good fun, but there could be only one. 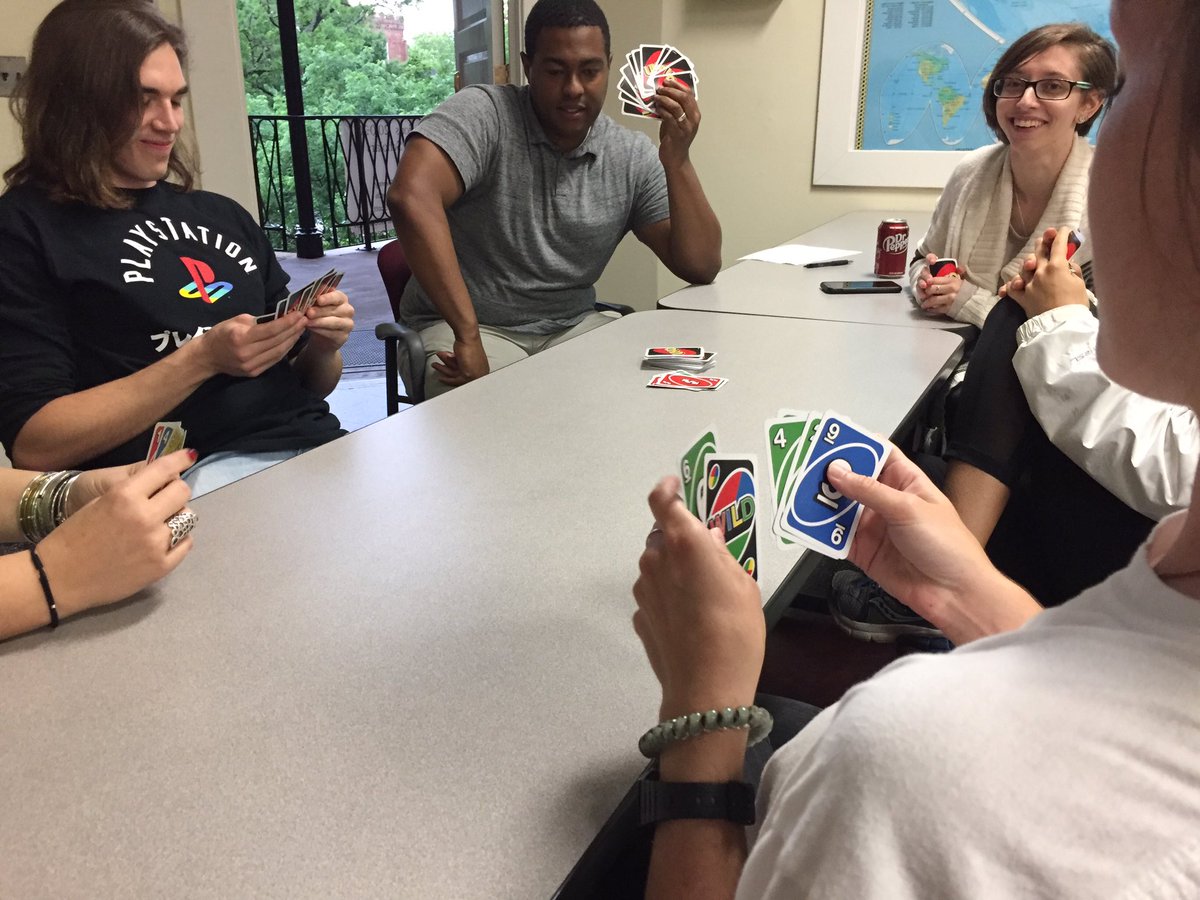 At the end of the night, everyone showed their hands. Ellie was the first to lay all her cards down. Victory was hers for the taking. 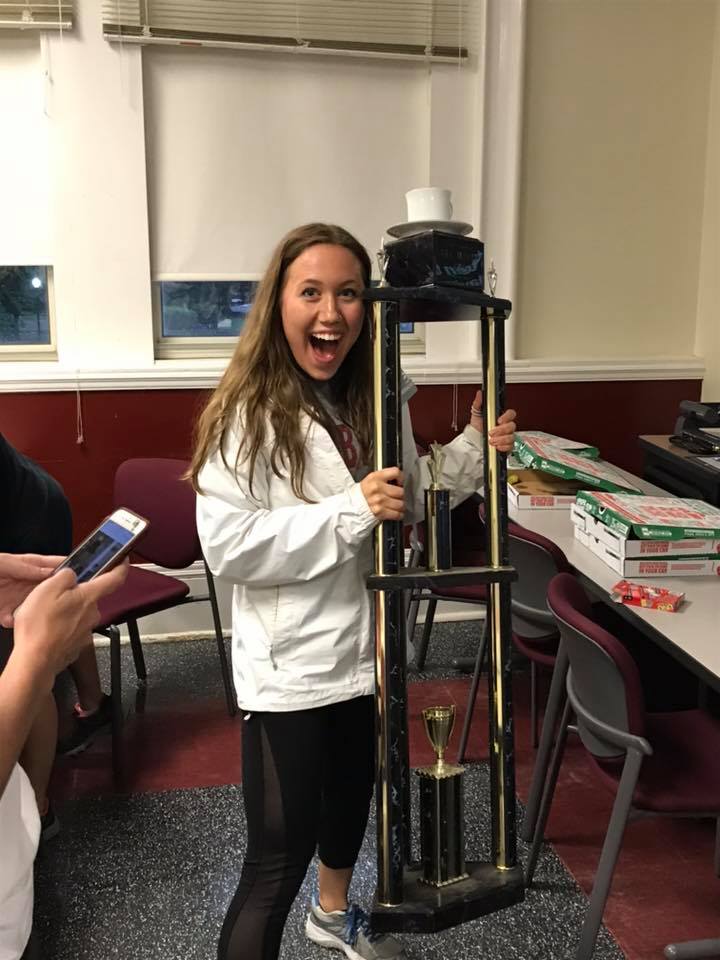 The students retain the Manly Cup for yet another year. 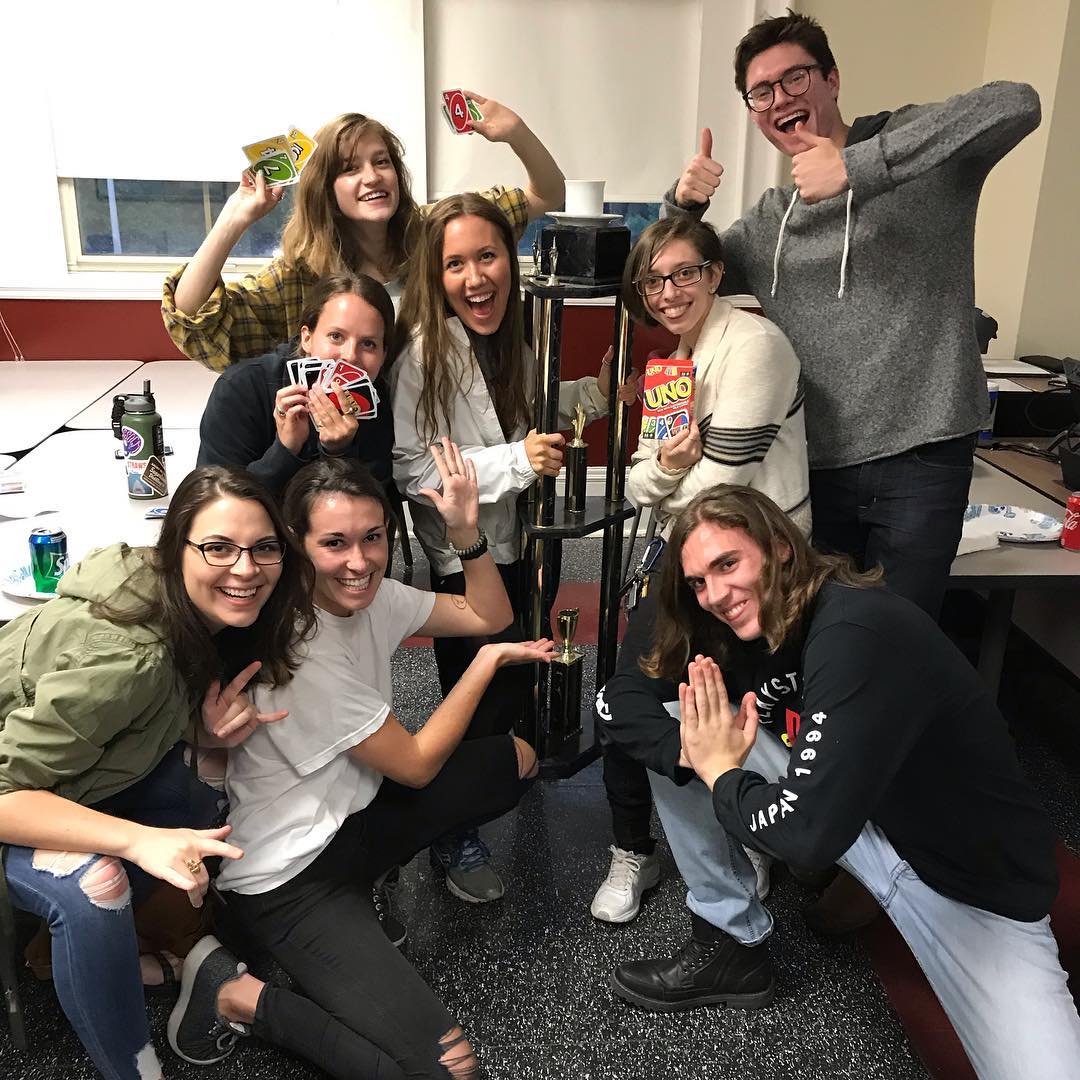 The agony, the thrill…who knew UNO could get so competitive?

Uno As An Anime GIF from Uno GIFs

See you next year for Manly Cup XII.