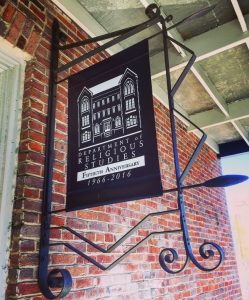 As I sat in Professor Crews’ class on a Tuesday in early February, I found myself wondering about each of the students who chose to add her REL 105 course to their schedule when they registered for classes a few months back. Many of them, in fact, most of them were looking for a Core course that was both interesting and would fulfill some portion of their vast degree requirements. I too was in that position just three years ago and, without ever considering that I would obtain an undergraduate degree in Religious Studies, I signed up for the introductory course.

At the time that I registered for my intro course, I was considering a change in degrees, but I had not officially decided on anything. Throughout my freshman year of college, my major was Business, largely because that is what I had hesitantly declared while attending Bama Bound the June before I came to UA. During the fall and spring semesters of my first year, I took a couple of general business courses which were required of any major within the College of Business. In addition to taking the business requirements, I, like most students in their first two years of undergrad, focused on also taking a variety of courses that would fulfill the general Core requirements for the University as a whole. These included History, Literature, Art, Humanities, Natural Science, and social/behavioral science classes. When I decided to forgo my general business degree just two weeks before I began my sophomore year, I suddenly needed to modify my entire fall schedule. As a result, I loaded up on a mix of lower-level core courses, taking an online Anthropology class, large-enrollment History and Literature classes, one Natural Science, and you guessed it, a Religious Studies course.

It wasn’t until midway through the semester that I began considering taking additional classes in Religious Studies and further exploring the department. One morning after class, I approached Professor Simmons with no specific question, but simply to share that I found the class material both incredibly interesting and unexpected. I had come into the class believing that I would be learning survey information on each of the world religions. At the time, I was unaware that the Religious Studies department even offered REL 102, Religions of the World, so I was surprised when Prof. Simmons took the class in a different direction than what I expected.

Instead of studying specific religions, their origins, sacred texts, rituals, and practices, we began by trying to construct a definition for such a thing as religion. We observed the etymology of the term ‘religion’ to understand the origins of the word itself, such as the Latin term, religio, and the Sanskrit word, dharma. In REL 100, we were also asked to try to imagine what a definition might consist of that would change its meaning or how it is understood by people. For the same thing can be characterized in vastly different ways, leaving one with entirely different understandings of a thing. While in that class, I distinctly remember being provided the simple example of dirt and soil as a dichotomy. This comparison, made famous by British anthropologist, Mary Douglas, was one of the many topics within the course that piqued my interest.

Throughout the semester, we were also given an introduction to functionalism and essentialism, as well as an overview of the major functionalist and essentialist scholars. In a very basic explanation, functionalists, on the one hand, believe that there is a specific function for society which religion serves, such as creating social cohesion and unity or providing morals or normative values to a group. On the other hand, essentialists believe that religions consist of an essence for individuals which is underlying, necessary, and unchanging. While our department does not argue for one belief about religion or another, I was drawn to this nuanced way of thinking, as this was not something that was provided at my public high school (which would need to be an entirely separate blog post to discuss why or why not religious studies courses should be offered in public education). Instead of claiming that religion must be one particular thing based on a set of biased characteristics, I found it enlightening and pragmatic to approach the world in such a critical way.

This shift from simply defining a thing to viewing it in an analytical light is, in my opinion, the most significant aspect of any Religious Studies course, at least in our department. The skills gained, therefore, are beneficial to any area of study and contribute to a deepening of scholarship within any field. For example, my second major is through UA’s New College, where I have developed my own personalized major by drawing upon the interdisciplinary aspects of several academic disciplines. My “depth-study,” as we call it, is in Environmental Management, but in my Geography and Environmental Management courses, I am often using an approach which was taught to me in Religious Studies courses. Rather than taking something at face value, I aim to question the validity of an argument, asking who is making what claim, why, and even going further to ask who (or what) may be benefited or marginalized as a result.

While I hope to write another blog post this summer on the specific links I found between Religious Studies and Geography, the utility of my Religious Studies skills have stretched far beyond this department. Furthermore, when considering how I may apply these skills outside of an academic setting, I believe the opportunities to do so are endless. Once you are “trained,” in a way, to be curious about the world around you and the seemingly obvious (and correct) statements that are tossed around, it is hard to revert back. As a result, you find yourself watching NBC news in the gym, listening to a podcast, or chatting with friends and suddenly thinking, “well it depends on how they define X,” or “I wonder whose interests are really being furthered here.” For that reason, I would argue that our version of Religious Studies is not only applicable but enhancing to every aspect of one’s life, so long as they choose to apply the skills that they have learned. 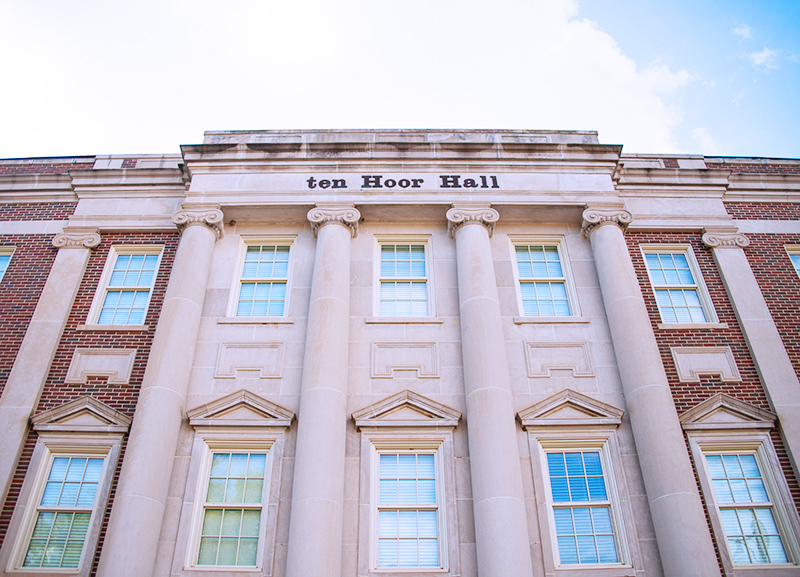 Additionally, and as an added bonus, when I approached Prof. Simmons that day after class, she walked me back over to Manly Hall (from ten Hoor if you are familiar with the University of Alabama) to discuss more about the field and our department here. She proceeded to bring me up to the second floor of Manly Hall, which I now consider to be my home away from home, and introduced me to various professors and students around the department. Much to my delight, Professor Simmons also gifted me with department buttons, a magnet, and the classic Manly Hall mug, which I will continue to use long after I have graduated.