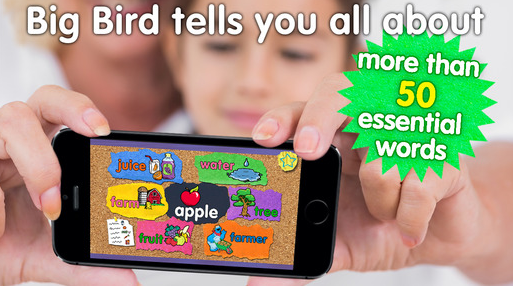 To make the argument with students that language and identity are deeply connected historical phenomena — i.e., that what we designate as meaning results from the coordination of a variety of arbitrarily-related sounds and symbols that are themselves each arbitrarily assigned relationships with items in the world that strike our fancy.

That’s how we know what a cow says and that they have something to do with farmers and milk and horses and barns and….

Yesterday morning there was a story on the radio about using smartphones and apps to teach just this to kids.

It’s an interesting story — if, that is, you’re prepared to entertain that the sound created when we read or hear “cow” is not inherently linked to the sound made when we read or hear “milk”…, if, that is, you’re game to consider that both sets of sounds become meaningful only once they’re linked to each other, and only once they’re connected to a host of further sounds, all in controlled and policed relationships, eventually allowing us to write such things as:

Give it a listen and see what you think, especially midway through where the associated words are suggested by the app — keeping in mind, of course, that “what you think” likely results from you having had those “more than 50 essential words,” along with their relationships and significations, pounded into your head so long ago and so frequently that you now take it all for granted.

All of which makes it pretty much impossible for you to hear a cow saying anything other than moo.