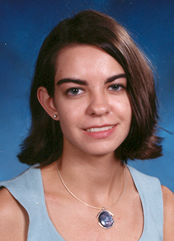 Kathleen is a former staff reporter
for Dateline Alabama and a 2003 graduate
of the Department of Religious Studies,
with a double major in journalism.
She was awarded Outstanding Student
in the Academic Study of Religion
in both 2002 and 2004.

That person walking toward you on the Quad looks familiar. It is a girl you went to high school with and haven’t seen since graduation. She recognizes you, too, waves to get your attention and stops to chat for a minute before you go your separate ways again. After exchanging pleasantries comes the inevitable question, “What is your major?” This might seem simple enough, but for a religious studies major, the answer will likely be received in one of three ways: a blank stare, the assumption this person intends on becoming a minister, or an interesting choice the other person didn’t know existed.

Maybe this scenario is a bit far-fetched, but the academic study of religion is a viable option at the University of Alabama. And no, not all of the students who choose to major or minor in religious studies or minor in Judaic studies are planning to go into the ministry or become professional scholars of religion. This liberal arts degree can also prepare students for careers in journalism, business, education and publishing.

Russell McCutcheon, department chair and associate professor, said the object of the study of religion is people and their productions. “We are not studying the gods,” McCutcheon said. “We are studying people who make claims.” Religious studies could be characterized as the study of human behavior and at times, “particularly juicy human behavior.” Students are able to learn about the history, diversity and ingenuity of human belief systems. In a world that grows smaller every day, the courses’ practical skills play an increasingly significant role.

McCutcheon said it is nearly impossible to find a course that does not leave students with a heightened understanding of crosscultural religious experiences. Course offering vary by semester but generally range from Introduction to the Old Testament to Viewing “Apocalypse Now Redux” as Religious Text and American Religious History to Tibetan Buddhism.

The study of religion first began in Europe in the late nineteenth century and appeared soon after in the United States. Initially successful in only a handful of private colleges, the field spread to public universities by the early 1960s, due to such prominent issues as changing immigration policies and increased interest in Asian cultures. Religious studies now functions as a vital part of the humanities.

UA undergraduates, who choose to have a double-major, usually stay within the College of Arts and Sciences in areas such as anthropology, psychology, history, and even chemistry and biology. Of course, students from across the university curriculum attend classes in the department. “It enhances skills for communication, interpretation, understanding, and I think there is a hope that it increases tolerance,” McCutcheon said of the benefits of the program.