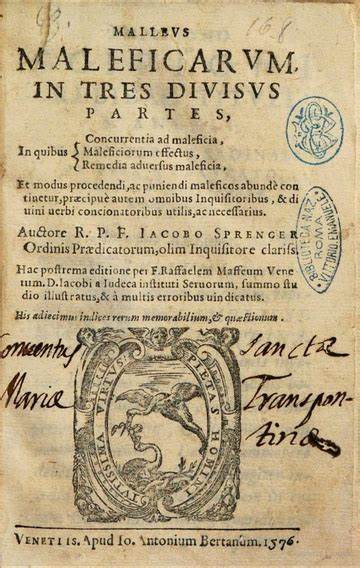 Lauren Thompson is a senior majoring in Psychology and minoring in Asian Studies. Lauren was a student in Prof. Loewen’s REL101 “The Violent and the Sacred” in Spring 2022. As a senior this year, Lauren will further explore an interest in Religious Studies and Occultism while applying for graduate studies. The history of Western Europe is punctuated by massacres and individual killings of ‘witches.’ Neighbors turned on neighbors, Church turned on parishioners, and the higher classes turned on the lower: […]

Allison Isidore is a second-year M.A. student in the Department of Religious Studies. Have you seen the new HBO show “Lovecraft Country”? In the series premiere, set in 1950s America, we follow Atticus Freeman (played by Jonathan Majors), Letitia “Leti” Lewis (Jurnee Smollett), and George Freeman (Courtney B. Vance) as they travel to “Ardham,” Massachusetts, in hopes of finding Atticus’s father, Montrose Freeman (Michael K. Williams). He went missing while searching for the family’s history. The trio drives through town […]

Read More from What is the Country’s Reality?

A friend on social media wished everyone a “happy arbitrary new year” last night. And it got me thinking. We all know — right? — that there’s a variety of dating systems that have existed historically, let alone today (case in point: see the January 25th Chinese new year on that image up above…?). So, at some level, most of us surely understand that it isn’t really the start of a new year today. Instead, should we grant the Gregorian […]

Prof. Emily Crews, a Ph.D. candidate at the University of Chicago Divinity School, recently joined us as an instructor in the Department of Religious Studies.  After serving two years as a volunteer in Namibia, she carried out fieldwork in Chicago Pentecostal churches. Currently, she teaches REL 105 Honors Introduction to the Study of Religion and REL 360 Religion in Pop Culture while she finishes her Ph.D. dissertation. […]

Read More from Prof. Crews — Outside the Classroom

The day I meet postmodernists whose relativism does not disappear the minute they start talking about salaries and workloads is the day I will take relativism seriously. That’s a quotation I saw posted on social media yesterday, from Steve Bruce‘s new book Researching Religion: Why We Need Social Science. My comment on the site? I find positions one disagrees with are easiest critiqued when one parodies them. Fending off parodies of postmodernism’s influence in our field is a full-time job […]

Did you catch Titus Hjelm‘s excellent post the other day? His argument concerned the manner in which otherwise routine claims or actions are represented by specific groups, for specific reasons, as controversial; the apparent controversy of some religions (notably, in his post, Islam — at least to a number of people in so-called Western countries) is thus not an essential trait but one that is acquired in the public marketplace. […]

Read More from Make It So

What do you do when approaching an intersection and you see this sign? Well…, do you read Japanese? […]

Read More from If You Believe…

By Jared Powell Jared Powell is a junior from Canton, Mississippi majoring in English and Religious Studies. He enjoys watching Seinfeld, his favorite TV show, and is always disappointed when somebody does not understand a reference to the famed sitcom. He one day hopes to become an architect, or maybe an importer-exporter of latex products. What are the various identities, religious or nonreligious, that an individual can assume? Why do individuals choose to identify with certain categories? How do individuals exhibit or prove […]

Read More from Identifying for the Jokes

By Andie Alexander Andie Alexander earned her B.A. in Religious Studies and History in 2012. She currently works as a staff member in the Department as a Student Liaison and filmmaker, and will begin working on her M.A. this fall 2014 at CU Boulder. Andie also works as the online Curator for the Culture on the Edge blog. I go by “Andie.” I say “go by” not to distinguish my name from my legal name “Amanda” but to draw attention […]