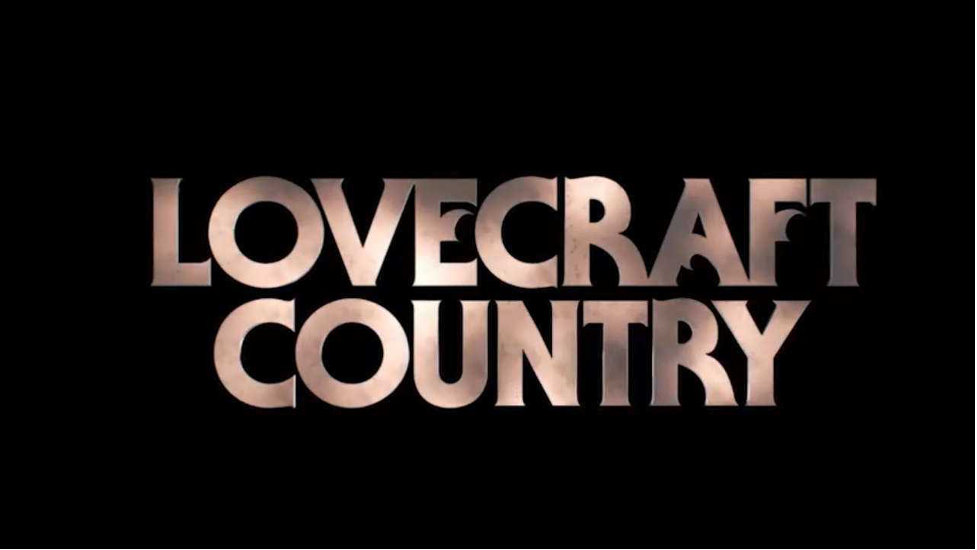 The trio drives through town after town as George works on a new guide for Black Americans to travel safely through Jim Crow America. Throughout the episode, the characters interact with monsters, both human and not, that are out to kill the three travelers. Their human enemies are White cops and mobs trying to run the main characters out of town or kill them, which their pursuers enjoy. “Lovecraft Country” therefore asks the question: “Who is the real monster in America?” Is it the creatures, or is it the White racists? However, the show also asks its viewers what is the reality in which they live, what American reality do we individually live in?

While the trio is driving through the Midwest, the creators and writers channel James Baldwin and his thoughts about Black Americans and White Americans’ separate realities.  As the main characters begin their journey, Baldwin’s voice beings to speak over their adventure. The audio the creators are using is Baldwin’s opening remarks from a debate with William F. Buckley. Buckley was the founder of the conservative National Review and the only segregationist willing to debate Baldwin. The debate occurred in February of 1965 at the University of Cambridge, to debate the proposition: “Has the American Dream been achieved at the expense of the American N—-?” Baldwin explained that depending on one’s system of reality depends on how one views the American Dream and depending on how you react to the question demonstrates what your reality is. Explaining that:

it depends on assumptions which we hold so deeply so as to be scarcely aware of them. Are white South African or Mississippi sharecropper, or Mississippi sheriff, or a Frenchman driven out of Algeria, all have, at bottom, a system of reality which compels them to, for example, in the case of the French exile from Algeria, to offend French reasons from having ruled Algeria. The Mississippi or Alabama sheriff, who really does believe, when he’s facing a Negro boy or girl, that this woman, this man, this child must be insane to attack the system to which he owes his entire identity.

One’s sense of reality is different depending on who holds power in their identity. The blockquote above appears as the voiceover in a scene from the show. 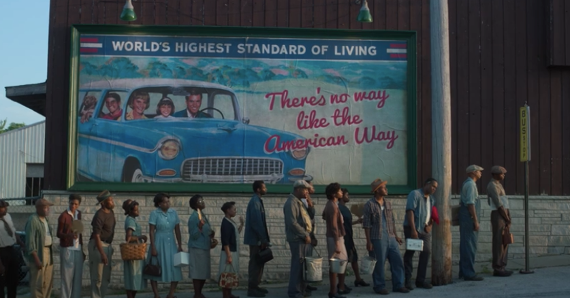 While this voiceover is playing, we see billboards branded with slogans about the American Dream and an advertisement for Aunt Jamima or warnings to Black drivers that they are entering a “sundown town.” While eating a banana, we also see Atticus mocked at a gas station by a White man acting like a monkey. In response, we see Atticus throw the banana peel at the man, but then Leti pulls Atticus back into the car, and they drive away. What reality might have transpired if they’d stayed at the gas station? Atticus could have been lynched for just looking at a White person the “wrong” way, let alone throwing a banana peel at someone who was antagonizing him.

But the episode also makes plain that there isn’t just a binary Black/White reality but multiple realities within a White America and Black America. For example, early on in the episode, we meet Leti’s sister, Ruby, whose skin is much darker than her sister’s. The sisters get into an argument about Leti getting a job at what has been an all-white department store. Leti doesn’t think it would be that hard to get a job there, and Ruby points out that she is in a different world, a different reality that would afford her the ability to even apply in a store like that. The one sister’s sense of their opportunities, therefore, plays on the familiar “American Dream”: if you work hard enough, you can succeed and reach a form of economic comfort like anyone else. But the reality behind this rhetoric, that the other sister knows too well, is that only the select few, those who hold authority, can achieve this dream and claim success.

This alternative position understands that the discourse being used by dominant groups within society constructs how its subgroups are bound together, governed, and limited. For discursive constructions create the world in which we all interact; as Bruce Lincoln puts it: “First, any given social order is produced and maintained through stereotyped, familiar, and reassuring acts of discourse and practice that re-present the consistent categories of society and their hierarchic order as if these were something natural, necessary, traditional, normal, and/or divinely ordained. Second, the same instruments with which the social order is continuously reproduced can be used to disrupt and reconstruct it, even radically so” (Discourse and the Construction of Society, 2014: xv). Social order is produced by individuals and groups that hold authority and attempt to maintain that order when their reality is challenged.

Craig Martin’s A Critical Introduction to Religious Studies gives us another way of looking at this social process: “The basic idea of social constructionism is that we, as humans, make the world what it is for us. The world is not just there for us to find and discover—rather, we make the world what it is through our use of language” (2017: 34), i.e., words create worlds, and in the case of “Lovecraft Country” words create realities. The realities in these universes are both from real and fictional worlds created by H. P. Lovecraft, resulting in the classification. Therefore governance of human bodies by social authorities is dictated and validated by a dominated group, leaving marginal members little choice but to internalize and then live by what the dominant group was telling them.

For example, earlier in the episode, Atticus referred to a poem written by H. P. Lovecraft entitled “On the Creation of N—–,” where the author writes of the creation of man, monsters, and human-like creators that he characterized as Black people. Black people, for Lovecraft, are an afterthought and are not even human—an assumption common enough at the time among Whites that it created the conditions in which African Americans had no choice but to live their lives, a world they would have little choice but to internalize. Unless they imagine an alternative reality, one that prompts them to push at the edges of the one in which they now happen to live. As will be seen in future episodes of “Lovecraft Country,” Atticus, Leti, and George push the limits of the socially constructed reality in which they’re situated and confront the outcomes as they threaten the dominant reality’s authority, i.e., White America.

The social world that their discourses and practices create is more than likely believed by the dominant group as naturally occurring and thus just part of reality—rather than part of their reality, being one among many. But, as “Lovecraft Country” makes clear, when those in a dominated group push against this reality and the social authority that supports it, their actions threaten the socially constructed reality by making evident the possibility of another reality, where, for example, one can eat a banana in peace and travel the U.S. without needing a book to guide you to all of the place safe for someone who looks like you.