Jack Bauer has a BA in English Lit, so don't say the liberal arts can't get you anywhere pic.twitter.com/QhHTNePKN1

I came across the above tweet last week and it made me smile. Jack Bauer, the main character in the FOX television show 24, earned his bachelor’s degree in English literature from UCLA. On one level, it became an interesting answer to, “what can you do with a humanities degree?” You can save the free world, that’s what. END_OF_DOCUMENT_TOKEN_TO_BE_REPLACED 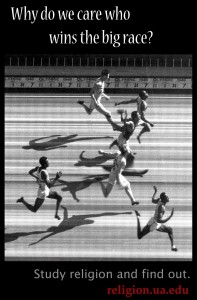 Did you see this recent post from the former CEO of Seagram Corporation entitled “Business and the Liberal Arts”? In it he advises students to pursue a major in the Liberal Arts rather than “pragmatically oriented majors” such as Business or Computer Science. He explains,

For all of the decisions young business leaders will be asked to make based on facts and figures, needs and wants, numbers and speculation, all of those choices will require one common skill: how to evaluate raw information, be it from people or a spreadsheet, and make reasoned and critical decisions. The ability to think clearly and critically — to understand what people mean rather than what they say — cannot be monetized, and in life should not be undervalued. In all the people who have worked for me over the years the ones who stood out the most were the people who were able to see beyond the facts and figures before them and understand what they mean in a larger context.

He further describes the adaptability that comes from “discovering how the world works” and emphasizes the need to adjust as technological innovation makes some training obsolete very quickly. END_OF_DOCUMENT_TOKEN_TO_BE_REPLACED 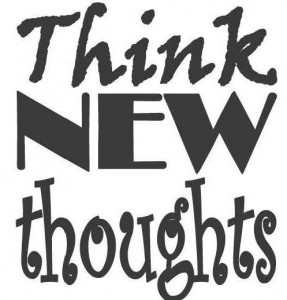 Think New Thoughts! A recent tagline promoting the Department of Religious Studies is not simply highlighting our desire to challenge student preconceptions but emphasizing our department’s effort to develop important intellectual skills. While public discourse often emphasizes education as the means to gain economically and overcome poverty, some evidence suggests that economic privilege breeds economic success and that education for the children of the 1% may differ from education for children of the lower rungs of society. END_OF_DOCUMENT_TOKEN_TO_BE_REPLACED

Back in April, 2012, Frank Bruni, a regular columnist for The New York Times Magazine, wrote an Op-ed piece that was much discussed at the time. Entitled “The Imperial Promise of College,” it argued that the condition of the current economy (e.g., the high un/under-employment rate, the staggering amount of collective student debt, etc.) should prompt college students to select majors that have direct, practical pay-off. After singling out a couple of examples of majors that, in all likelihood, turn out to be unrelated (or as he might have phrased it, irrelevant) to someone’s eventual career, he writes: END_OF_DOCUMENT_TOKEN_TO_BE_REPLACED

Back in 2010, this video was making the rounds on the internet (I believe that the original version is found here, on the site where these movies are made). On one level it is pretty funny, of course–lampooning the naive undergraduate student’s dreams for a career in “the life of the mind,” as it was once known, by means of a harsh introduction to the politics and economics of contemporary University life. The humor, it seems, is in the clash of viewpoints and both side’s dogged persistence to stick with their story, as if the conversation wasn’t even happening. END_OF_DOCUMENT_TOKEN_TO_BE_REPLACED

The challenges that a liberal arts education faces in today’s environment became apparent to me in a new way this week. I noticed for the first time a television ad for a for-profit college that features a young man explicitly asserting that he did not gain job skills in college, so now he is training at this for-profit educational company. Beyond the ideological challenges that public institutions face in today’s climate, a clear monetary incentive exists for some to question the relevance of what happens in liberal arts institutions. The combination of for-profit educational institutions, online education, and the business model for public education together heighten the need for clear articulations of the relevance of fields that do not have simple answers to the employability debate.

When engaging in the employability debate (which is problematic in its own right), many departments in the Humanities and Social Sciences need to challenge what Gregory Alles calls the “narrow managerial mentality,” the assumption that qualifying for a career requires an undergraduate degree in the field of one’s career. In raising this issue, Alles distinguishes between careers that require “a high percentage of non-transferable ‘hard skills’” and careers that “require the acquisition of a larger percentage of highly transferable ‘soft skills’ and a knowledge base that has both breadth and depth. Most of the specific skills that are needed can be learned on the job, indeed, are probably best learned there” (Religion [2011] 41:2, 219-220). END_OF_DOCUMENT_TOKEN_TO_BE_REPLACED

In the current economic environment, with government budget shortfalls and both public and private universities facing cutbacks, departments and disciplines must demonstrate their own necessity. For example, Gov. Rick Scott of Florida said that his state did not need “a lot more anthropologists in this state” but should train university students in “those type of degrees that when they get out of school, they can get a job” (Tampa Bay Times). In response, groups, such as some students from the University of South Florida, emphasized the jobs that anthropology majors do and their contributions to the state of Florida. While that response was particularly appropriate for the political discourse, a focus solely on the jobs that graduates can obtain may concede too much to a narrowly pragmatic view of education. Is a university education primarily about getting a job?