Jack Bauer has a BA in English Lit, so don't say the liberal arts can't get you anywhere pic.twitter.com/QhHTNePKN1

I came across the above tweet last week and it made me smile. Jack Bauer, the main character in the FOX television show 24, earned his bachelor’s degree in English literature from UCLA. On one level, it became an interesting answer to, “what can you do with a humanities degree?” You can save the free world, that’s what.

But on another level, this brief biographical look into Jack Bauer’s character reflects the way Americans imagine the importance of the humanities and the liberal arts more generally. Jack Bauer’s personnel file skewers the shibboleth that the humanities in particular and the liberal arts in general are useless and get in the way of graduating and getting a “real job.” Jack Bauer is one of the most “American” (whatever that may mean) characters on television. He is a specialist among specialists, an elite among special forces elites. If the goal of higher education is to get that first job, then surely young Jack Bauer should have majored in criminology or criminal justice. But no, Americans want their fictional national security agents to be well-rounded. So, young Jack Bauer studied English literature at UCLA. 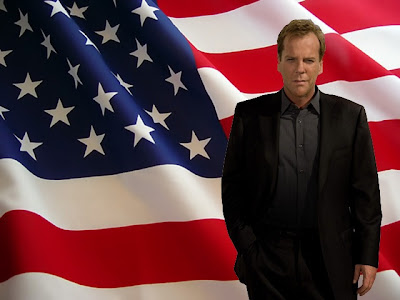 Jack Bauer’s English degree reminded me of an article I read a couple weeks ago at Inside Higher Ed. William G. Durden, president emeritus of Dickinson College and research professor in the Johns Hopkins School of Education, argued that the shift from liberal arts to vocational training in higher education squelches economic and class mobility:

Is it not suspicious, however, that at the very time more and more aspiring students from challenging, non-middle-class backgrounds seek higher education, those who have already achieved, often on the basis of a liberal education, want to redefine the rules?

This is the game. It’s as close as America gets to hereditary power. And it is won in two relatively simple steps: redefine the very notion of student success on the basis of landing that first job; and keep those without privilege away from the liberal arts — a historical source of power and mobility in the middle-class culture that defines higher education. There is no doubt that those who are trying to tear down the traditional undergraduate degree would not permit their own children to be limited to a strictly vocational education.

So, while we are encouraged to fret over college costs, the marketability and uselessness of the philosophy major, or something else similarly distracting, we’re letting the great equalizer of the college degree and a trusted path to leadership get away from us.

The entire essay is worth a read. Durden praises the “applied liberal arts” curriculum at the University of Baltimore as an example of using the liberal arts to propel first generation college students into solid employment.

To bring these two thoughts together, would fictitious young Jack Bauer had been prepared for his career as national security hero if he had received a more vocational college education? Or even more to the point, perhaps Americans value the humanities and liberal arts more than we let on. Of course, Jack Bauer is an English major. Because who can imagine an American hero who hasn’t read Moby Dick?