We are really cranking out the podcast series on our Study Religion podcast here in REL. One of our latest podcast series is an American Examples and RELdl production hosted by Religion in Culture MA student and American Examples fellow, Ciara Eichhorst. It’s called “Examples” and it’s a podcast that explores what we have come to call the “examples approach” to studying religion in culture. The examples approach sees specific case studies of religion in America as opportunities for investigating larger theoretical questions. It’s what we’ve done in the essays in volume 1 of American Examples: New Conversations about Religion and the forthcoming volume 2. (There are two more volumes on the way, btw.) But now we are doing that in a podcast where Ciara sits down with scholars who are part of the American Examples project and gets them talking about their examples and what they do with them. 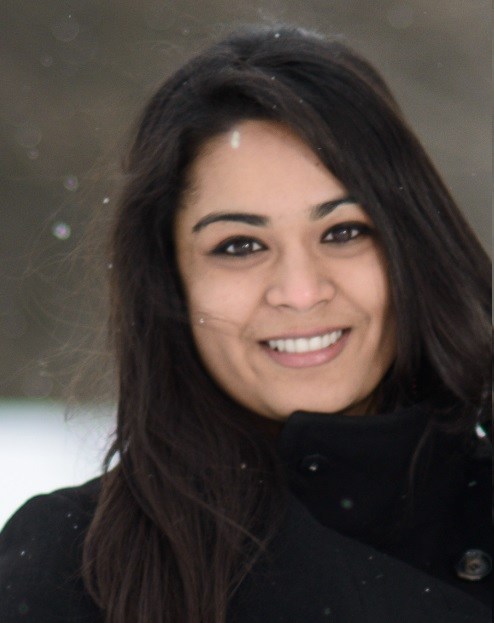 Example #1 is comedy and in that episode Ciara discusses the topic of comedy and its relationship with religious studies with Dr. Samah Choudhury, who has an essay in volume 1 of American Examples and is one of the editors of volume 2. For Dr. Choudhury, comedy is a useful example for analyzing race, identity, gender, and power. As Dr. Choudhury points out, “comedy,” like “religion,” is a contested category and, as she says, “so the fact that scholars of religion think about this as a contested category, means that we know that these boundaries are porous, they’re difficult to pin down. But at the same time, there’s always efforts to police these boundaries as being stark and unmoving. Scholars of religion do this, scholars of humor and comedy do this as well.” The whole episode is worth a listen! In Example #2 Ciara talks with Dr. Erik Kline about his work on the atomic bomb in American literature. As Dr. Kline tells Ciara, he finds “the bomb itself, as both event and symbol, and thing, such a coalescence of so many different disciplines, so many different ideas, coalesces philosophy and science, and ecocriticism, and environment, and politics, and myth, and religion, and even race and gender, which people might not immediately associate with a bomb.” Dr. Kline’s essay on the psychedelic mysticism of Ram Dass and William Blake will be published in volume 2 of American Examples and he is one of the editors of volume 3. But for now, you can give this podcast episode a listen!

We have more Examples on the way so stay tuned. And be sure to find the Study Religion podcast on Apple Podcasts, Spotify, Soundcloud and wherever you get your podcasts! Like, subscribe, follow, rate, and review!