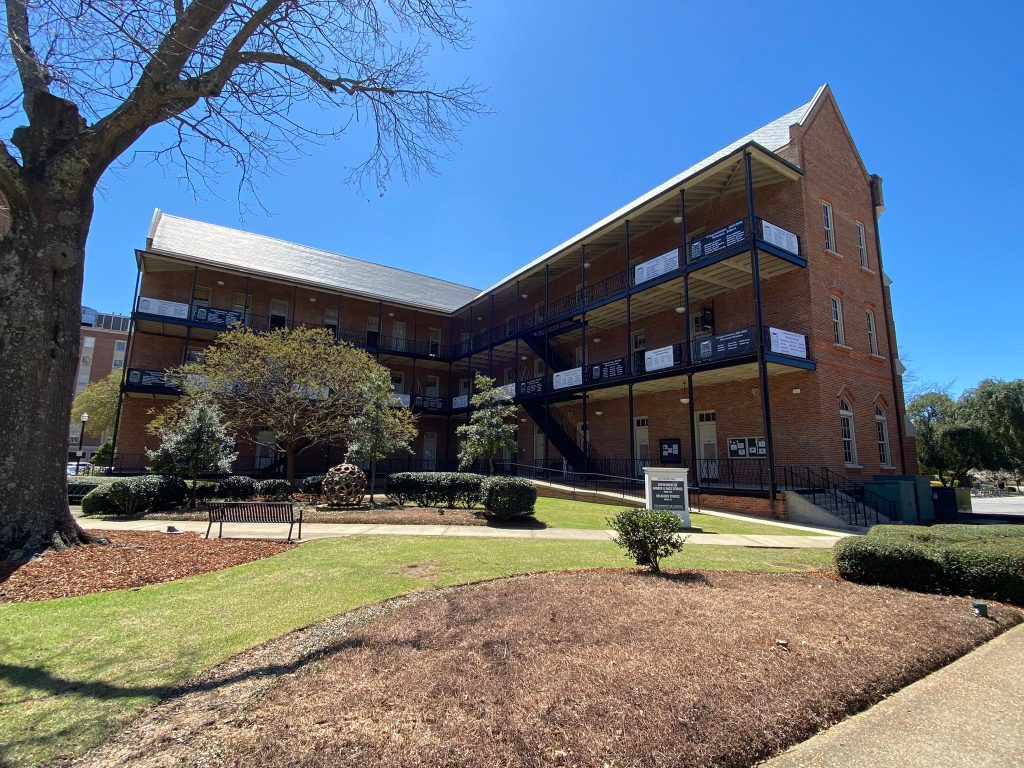 It’s hard to believe that it’s early April already and another Honors Week has arrived. If you’ve been around the building you know that the banners are all up along the second floor (and also on part of the third, where REL now has 4, and soon 5, faculty offices). They date back 21 years, listing all of the names of all of our Silverstein Scholars, including the students awarded it this year: Hannah Alexander, Tyler Blair, Scarlett Ford, Jackson Foster, Stephen Heaton, Blake Jordan, Rebekah Pearson, Caden Philley, Katherine Prince, and Leah Varnell. This award is given to our highest achieving REL majors and Judaic Studies minors; looking back, we’re so very pleased to see how many students have benefited over the past two decades from the financial assistance provided by this kind gift to the Department. This year’s recipients can see Prof. Newton beginning Friday to pick up their letters and to learn what they will receive as part of this honor.

We’re also very pleased to announce that Hannah Alexander, pictured below, also receives the Alum Liaison Committee award for her brief piece of writing on the significance of her REL classes — both the subjects studied and the skills acquired. Hannah is a sophomore Psychology/REL double major. 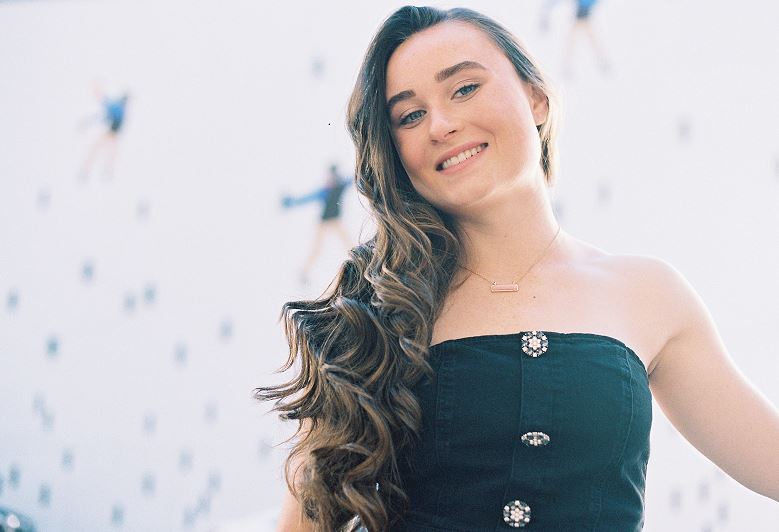 And although the A&S Undergraduate Honors Convocation is on Friday of this week (held this year on Woods Quad at 10 am), now is also a good time to announce that Jackson Foster, will be the 29th annual recipient of the Outstanding Student in the Study of Religion award — an honor presented annually that recognizes consistently high academic achievements as well as wider contributions to the Department (and one that was presented to Jackson last year as well). Jackson, pictured below, is a History/REL double major from Florida, who was also awarded the prestigious Marshall Scholarship earlier in the school year, which will fund his graduate studies in the UK next year. You’re welcome to attend Friday’s A&S event on our quad, to cheer him on when Prof. Newton (our Undergraduate Director) calls him to the stage. 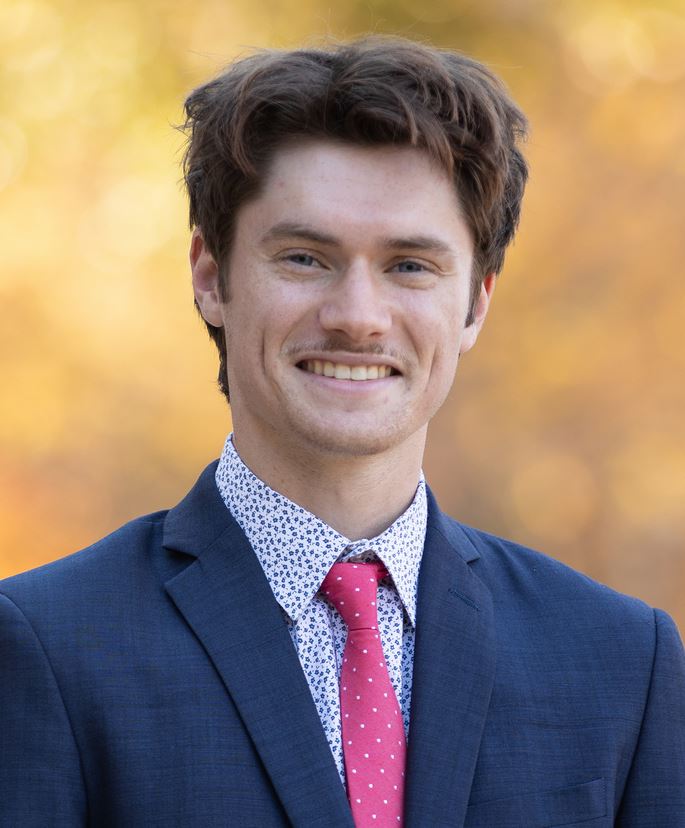 And we should note that Asian Studies, a minor in the Department which Prof. Ramey directs, presented its Outstanding Student Award to Hannah Petersen, a senior double majoring in Political Science and International Studies.Also, the Asian Studies Research Award goes this year to Sandhu Aladuwaka and Victoria Crane.

Finally, at an A&S Graduate Honors Convocation yesterday afternoon in Smith Hall, our Graduate Director, Prof. Ramey, honored REL MA students Jacob Barrett and Erica Bennett, by presenting them both with the Ulysses V. Goodwyn award — an award rededicated by REL 5 years ago, when establishing its MA degree, and presented annually to the MA students who have most contributed to the life of the Department while also excelling in our classroom. 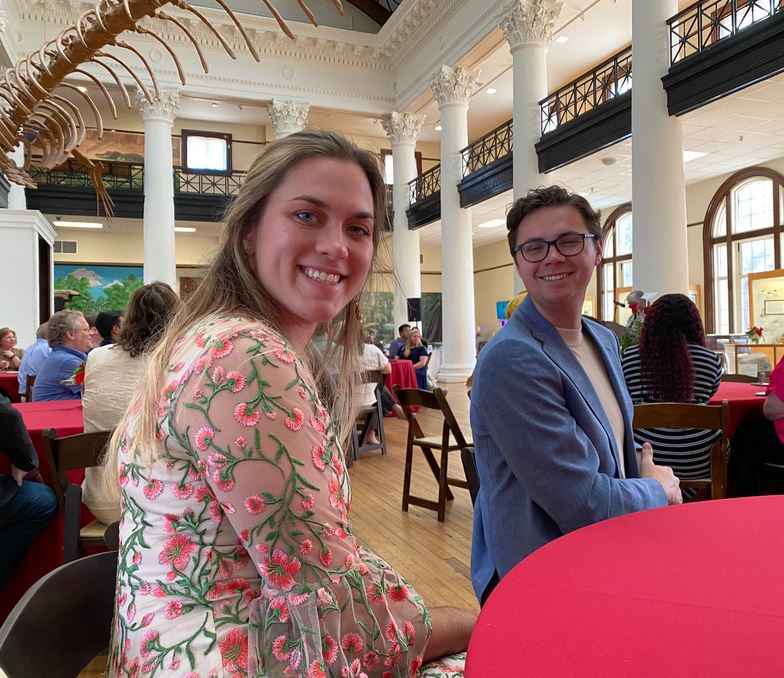 There’s a few other things also well worth recognizing, of course, such as the other notable achievements of both our BA and MA students as well as some faculty milestones. But we’ll leave that for what, during COVID times, has become a new REL tradition: our Honors Day video, which you’ll see posted online as of Friday of this week. We look forward to returning to our traditional in-person event in the Spring of 2023.

So congratulations to everyone in both our BA and MA degree programs; and good luck to those who are still awaiting decisions on applications that they submitted some time ago, for new programs or jobs for next year. We hope that you’ll alert us of your news and remember to let us know about your successes even long after you’ve graduated and left Presidents Hall. For its your accomplishments that help to set the bar for all those students who come to REL after you. And who knows: we might be in touch to see if you can help mentor some of them.