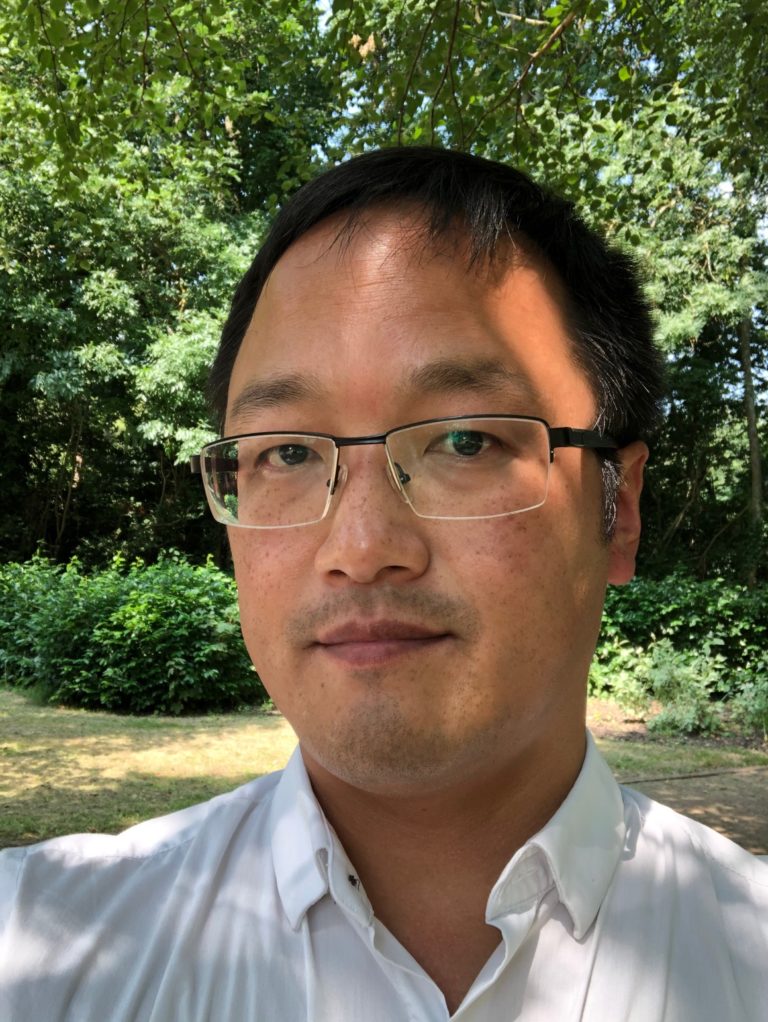 Mitsutoshi Horii joined the editorial team for Method and Theory in the Study of Religion (a peer reviewed, quarterly journal of the North American Association for the Study of Religion, published by Brill) a few months ago, working with Steven Ramey (professor and graduate director in our program) and Aaron Hughes (professor at University of Rochester).* Dr. Horii is Professor at Shumei University, Japan, and currently serves as Principal at Shumei’s overseas campus in the UK, Chaucer College. Beyond his current faculty position, we wanted to get to know more about his research and interests in relation to method and theory, and he graciously agreed to answer our questions.

What issues in method and theory first grabbed your interest, and how did you come across those issues?

My first ‘grab’ was the problem of the religious-secular distinction. I came across this issue in 2006, soon after I had completed my PhD in Sociology towards the end of 2005 at the University of Kent in the UK. My PhD thesis discussed the deprofessionalization of Buddhist priests in contemporary Japan. In 2006, when I was trying to publish an article on this topic, one of reviewers pointed out my uncritical employment of the terms ‘religion’/‘religious’ and ‘secular.’ Up to that point, I was totally unaware of the heated debates in Religious Studies on the category of religion. Studying these was an eye-opening experience for me. It taught me that the religious-secular distinction was a fundamental constituent of modernity. I found this perspective extremely important for deepening the critical examination of modernity which social theorists and sociologists have been tackling for many years.

You published a new book ‘Religion’ and ‘Secular’ Categories in Sociology: Decolonizing the Modern Myth in 2021. In what way does this book build on, or diverge from, your earlier book The Category of ‘Religion’ in Contemporary Japan: Shūkyō and Temple Buddhism?

Both books aim to push forward the following two propositions. First: The category ‘religion’ should be an object, rather than a tool, of analysis. Second: The religious-secular distinction is a fundamental constituent of modernity.

My earlier book puts greater weight on the first proposition. I employed the Japanese context to highlight that ‘religion’ is not a universal concept. The book argues that it is more productive to analyse ideological functions of the term in specific contexts. The concept ‘religion’ was imported to Japan in the late nineteenth century, and indigenized since then, by being utilized by different people and groups to serve specific norms and imperatives. Given this, I re-examined the data I had originally gathered for my PhD thesis, along with new materials, focusing on the ways in which the historical categorization of ‘Buddhism’ as ‘religion’ had shaped Temple Buddhism in Japan and how individual priests and their institutions negotiated with the category ‘religion’ in the contemporary context.

My latest book focuses more on the second proposition. It historicizes ‘religion’ as the category which unmarks and normalizes the myth of Western modernity. It argues that social theory and Sociology are reproducing the myth of modernity, even when they are trying to subvert it, by embedding the religious-secular distinction at its core. In order to develop this line of argument, the book refers to recent postcolonial/decolonial thoughts, and discusses that these perspectives could also benefit from the critical deconstruction of the religious-secular distinction because it would further deepen their critique of modernity/coloniality.

I have one question in particular that drives my current attention. That is: What is the foundation of reality? My provisional answer is: ‘Reality’ is always founded upon a metaphysical assumption, or ‘fiction.’ In recent years, my serious engagement with critical approaches to the category ‘religion’ helped me to articulate my own thoughts on this question more clearly and explore it in a systematic way. For example, the critical deconstruction of the religious-secular distinction exposes the fictionality of ostensibly ‘secular’ modernity that mystifies itself as nonfiction. I have found method and theory in the study of religion extremely useful, especially, when we attempt to unveil the fiction of modernity that reifies the categories of ‘science,’ ‘politics,’ ‘economy,’ and the like, as if they represent the universal order of things. I believe that, in this way, method and theory in the study of religion could significantly deepen our understanding of modernity and its consequences. This is the direction that my own research is heading in now.

What part of your work in academia do you find particularly exciting or invigorating?

Working in academia has provided me with opportunities to meet other academics and to learn new thought-provoking ideas. These opportunities also helped me to see a bigger purpose in my own intellectual quest.

When I started my study on the category of religion, I was an almost complete stranger to Religious Studies as my academic background was in Sociology. However, over the years, I became acquainted with a number of scholars in the field. I soon discovered that the field was very interdisciplinary, and I have found this very welcoming.

From the very moment that I dived into the study of the religious-secular distinction, I have been very fortunate to meet many scholars whose generosity and guidance has been both insightful and humbling. I was also inspired by ‘big questions’ that these scholars in the field did not hesitate to ask. Those questions were often set on the foundational categories of our thinking, which normalize and authorize academic knowledge production as well as the global structure of power.

I am excited about the prospect of method and theory in the study of religion making a major contribution to deepening our understanding of global knowledge production and world order. Having this kind of big vision is truly invigorating. It gives my own academic life a sense of purpose and meaningfulness.

What do you see as the role of the journal Method and Theory in the Study of Religion moving forward?

The journal keeps looking for cutting-edge methodological and theoretical contributions that have relevance beyond a specific sub-discipline and a significance across the academic study of religion. I would like to note that the term ‘the study of religion’ in the journal’s title should include, not only the study of those beliefs, practices, institutions or communities that are conventionally regarded as ‘religion,’ but also the study of the category ‘religion’ and its ideological function to construct and unmark ‘the secular’ as if it is the bedrock of reality. In this light, I would like to see further methodological and theoretical developments in the critical deconstruction of ‘religion’ and other related categories. As I mentioned earlier, method and theory in the study of religion could be extremely useful to unveil the myth of ostensibly ‘secular’ modernity. The norms and values that govern the human phenomena currently called ‘science,’ ‘politics,’ ‘economy,’ and the like, have been unmarked and normalized by the category ‘religion.’ Given this, scholars of religion may consider systematically examining the mythology of modernity, which includes the metaphysical beliefs in ‘science’ (including Social Sciences), as well as the soteriology and ritual orders in ‘politics’ and ‘economy.’ This could be one of the ways which the journal could move forward.

The development in method and theory in the study of religion, in my view, goes beyond the conventional disciplinary boundary of Religious Studies. It poses fundamental questions that challenge deeply embedded assumptions in Social Sciences and Humanities. This could generate critical force that could help to ‘decolonize’ academic knowledge production by questioning the universality of what Michael-Rolph Trouillot called “North Atlantic fictions” (i.e. modernity) that have been dominating the world in the last 500 years. As ‘religion’ is the central category in the formation of modernity, I believe, the journal could be a platform in which scholars are encouraged to pose fundamental questions about the world in which we currently live.

* MTSR has benefited from Aaron’s work for almost a decade, but he has decided to step down as co-editor, effective Dec. 31, 2021, as he pursues other projects, including editing a new journal. Thanks for all of your work, Aaron!