The Nones are causing “trouble” again, with sensationalized headlines about the decline of Christianity. These takes can easily reinforce the anxiety among some about changes in society and activate nostalgia for some mythic 1950’s America (which was certainly not experienced as peaceful or comfortable by many marginalized groups in the 1950s, or even today). Based on survey data that the Pew Research Center released this week, those who represent themselves as unaffiliated with religion have grown to almost 30% of the US population. This increase (compared to almost 20% unaffiliated in Pew’s 2012 “Nones” on the Rise report) coincides with a significant drop in those who identify as Protestant (which in the survey context includes any Christian not affiliating with Catholic, Orthodox, or Mormon identities).

The way a person identifies, whether to their family, friends, clients, colleagues, or a survey, does not necessarily reflect their overall attitude towards practice, belief, or religion. Such identifications are strategic (drawing on the work of Jean-Francois Bayart and colleagues in Culture on the Edge), reflecting how they wish to present themselves to whomever their perceived audience is at that moment. Therefore, rather than the breathless headline “Nonreligious Surge in US as Christianity Declines”, the more mundane response focuses on a shift in what many perceive as an acceptable, even preferable identification. For some who identify as unaffiliated, this a more strategic choice more than a shift in belief or practice, as some see identifying with Christianity as connecting with a particular socially conservative, patriarchal, and/or authoritarian mindset.

The nonreligious label, therefore, only fits if “religious” means connected to specific institutional identifications, like Catholic, Episcopalian, or Baptist. This was the basis of my prior critiques of the “Nones” label (in the Bulletin blog, at the Huffington Post, with Monica Miller again at the Huffington Post, on Culture on the Edge, and from a conference presentation video below), as the “Nones” became a grouping of people based on a negative response to a question of affiliation. Such a grouping combined together, people who were atheist, agnostic, regular attendees at religious services, and some who consider religion to be important in their lives. The construction of the unaffiliated as a group, a “youth movement” in a USA Today article or as “the growing market of ‘nones’” in a Washington Post opinion piece, is still a problem when discussing the data.

Discussing the ‘Nones’ with Steven Ramey from UA Religious Studies on Vimeo.

Such a headline involves several complications. First, what counts as religious? The ABC News report this week featured several people who present themselves as Spiritual but not Religious (SBNR), while maintaining practices that many define as religious (e.g., congregational participation, surrendering to a higher will, ritualized chanting). Second, the comparison requires caution, as the method that Pew used to conduct their survey switched from random dialing with a live interviewer to an online / mail survey. Pew reports that the shift makes data on participation in religious services unreliable for comparison across time, and data on the importance of religion to be only cautiously comparable. They assert that the comparison of representations of affiliation and frequency of prayer appears comparable.

This question of survey format relates to the larger point. The survey measures how people choose to present themselves in a specific situation. The shift from a live interviewer, who at times generates a social desirability bias according to researchers (as respondents inflate church attendance if they perceive the interviewer will think more positively about someone who attends church), to an online survey can influence how people choose to represent their affiliation. Changing perceptions of how acceptable, for some even preferable, it is to be unaffiliated can influence the survey data. If so, the data suggests a shift in the dominance of Christianity in society, but not as much in terms of demographics as in perceived social force. 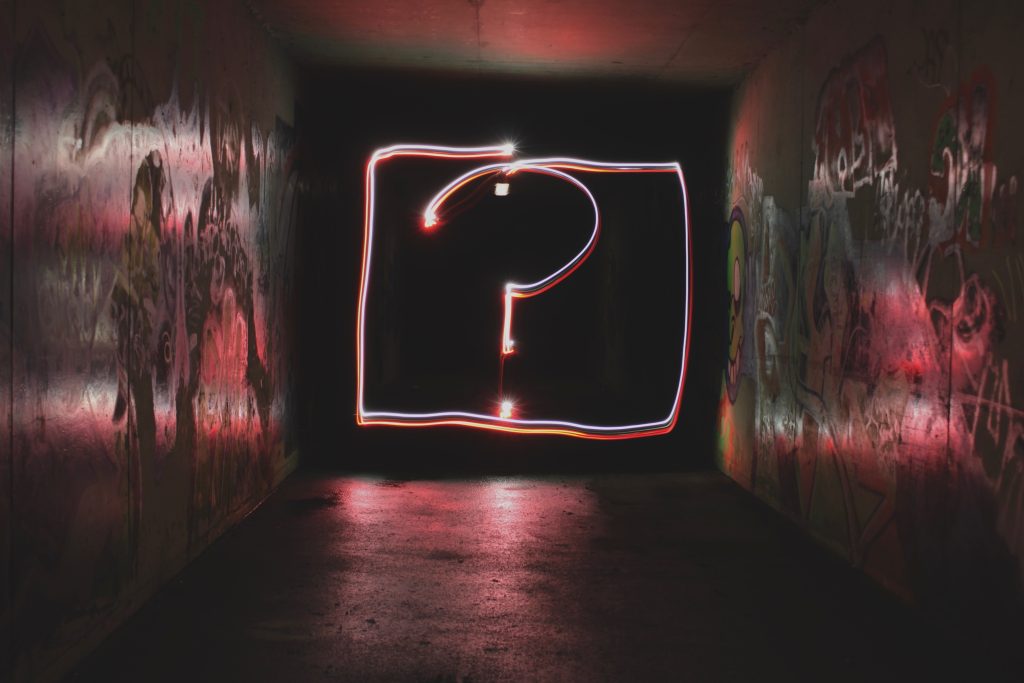 Photo by Emily Morter on Unsplash