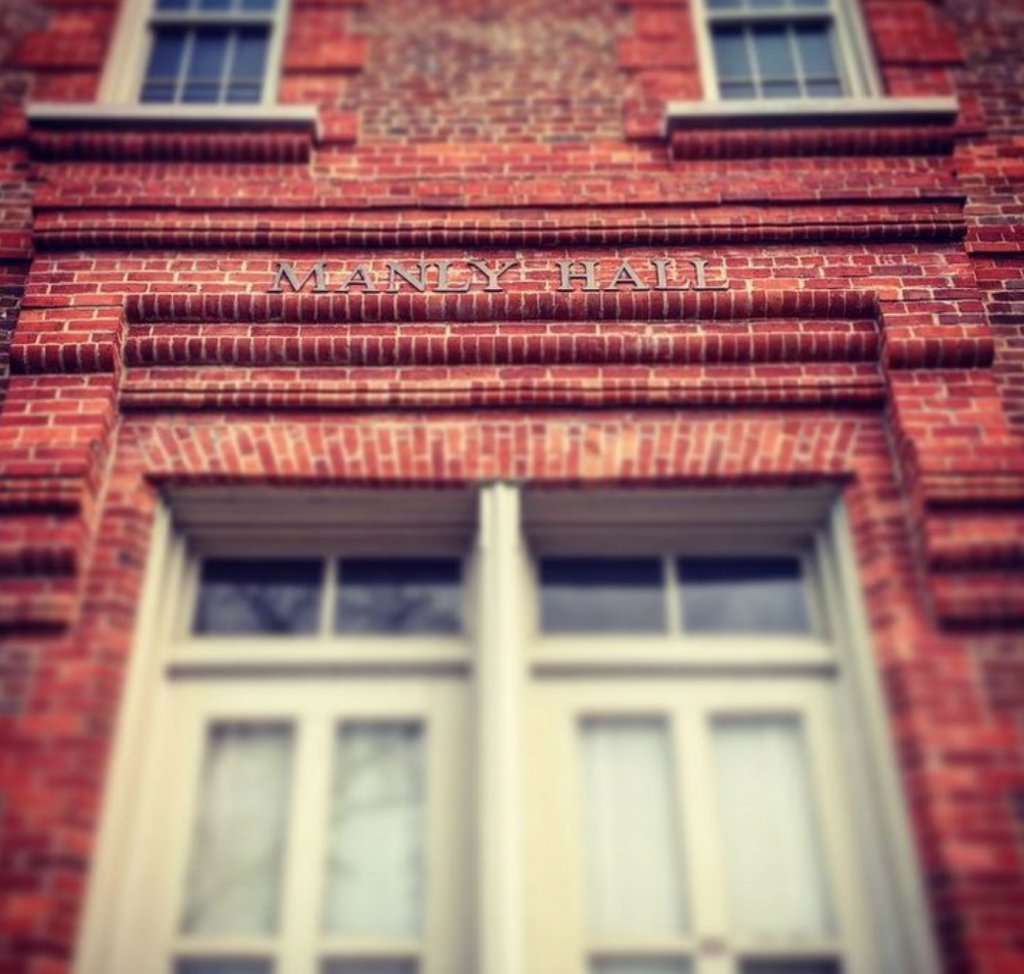 If you’ve been following the news then you likely saw that three historic plaques honoring UA’s contributions to the Confederacy, each put up around the time of WWI, were removed just the other day, along with the large boulder in front of Gorgas Library that served as one of those plaques’ homes.

For those who never read them, the plaque formerly on that boulder, funded in 1914 by the United Daughters of the Confederacy, read as follows (source: al.com): 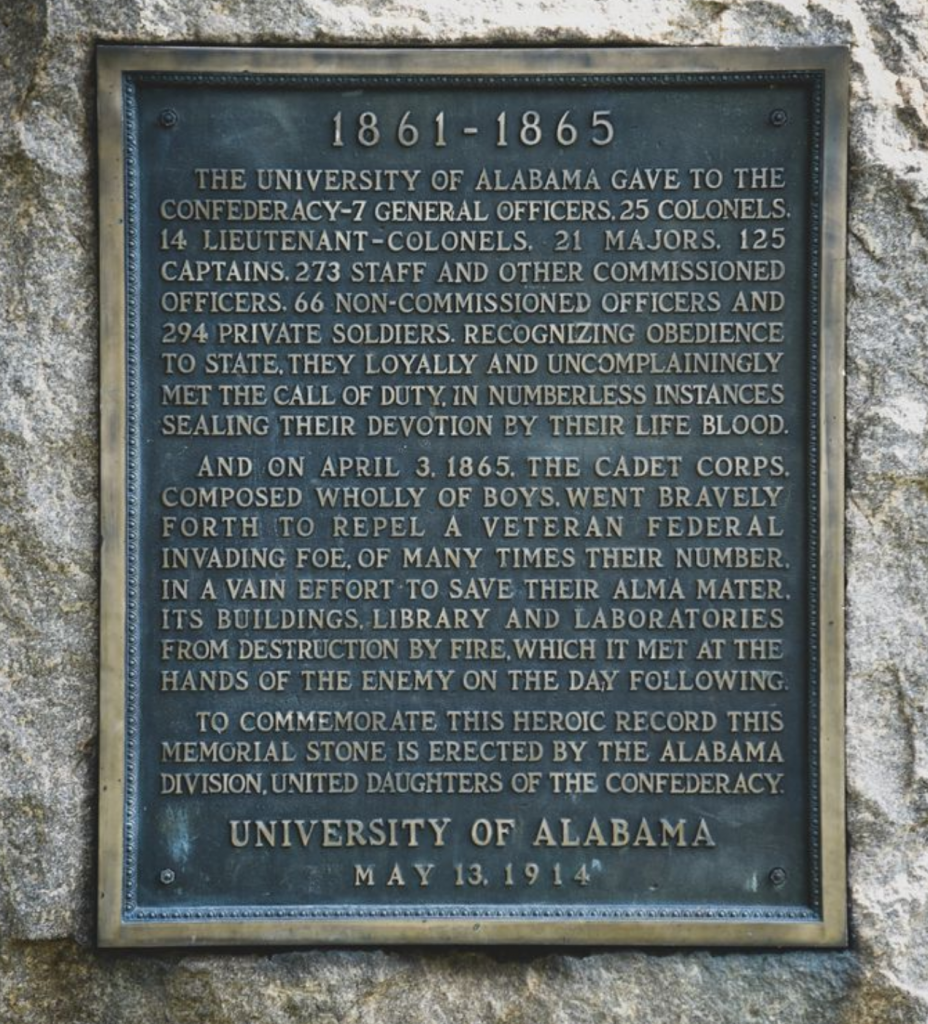 The once classic, though still easily found, representation of Southern innocence succumbing to Northern aggression is pretty evident in the inscription, making plain why these markers were such useful data sites for class visits, such as a variety of Prof. Merinda Simmons’s courses over the years. That they also made evident a largely unspoken past on campus was something consistently highlighted by Prof. Hilary Green, of UA’s Department of Gender and Race Studies, in her well-known walking tour of campus’s slave past.

The UA System’s June 8, 2020, press release that alerted everyone to their removal (which quickly happened that same day, with the stone being removed the day after) also went on to say the following:

Additionally, Board of Trustees President pro tem Ronald Gray has appointed a select group of Trustees … to review and study the names of buildings on all UA System campuses and report to the Board on any recommended changes.

Anyone familiar with our campus will know that the building that houses both Religious Studies and Gender and Race studies, along with four classrooms and a computer lab, is Manly Hall — originally a dormitory with a fireplace in each room, it also contained the president’s office at one point, on the ground floor, and the Law School’s main classroom (the room into which the front door leads). Its construction was completed in 1885 and it was named after Basil Manly Sr. (1798-1868), the second president of the University of Alabama (serving from 1837-1855, and whose papers are in the UA archives today). 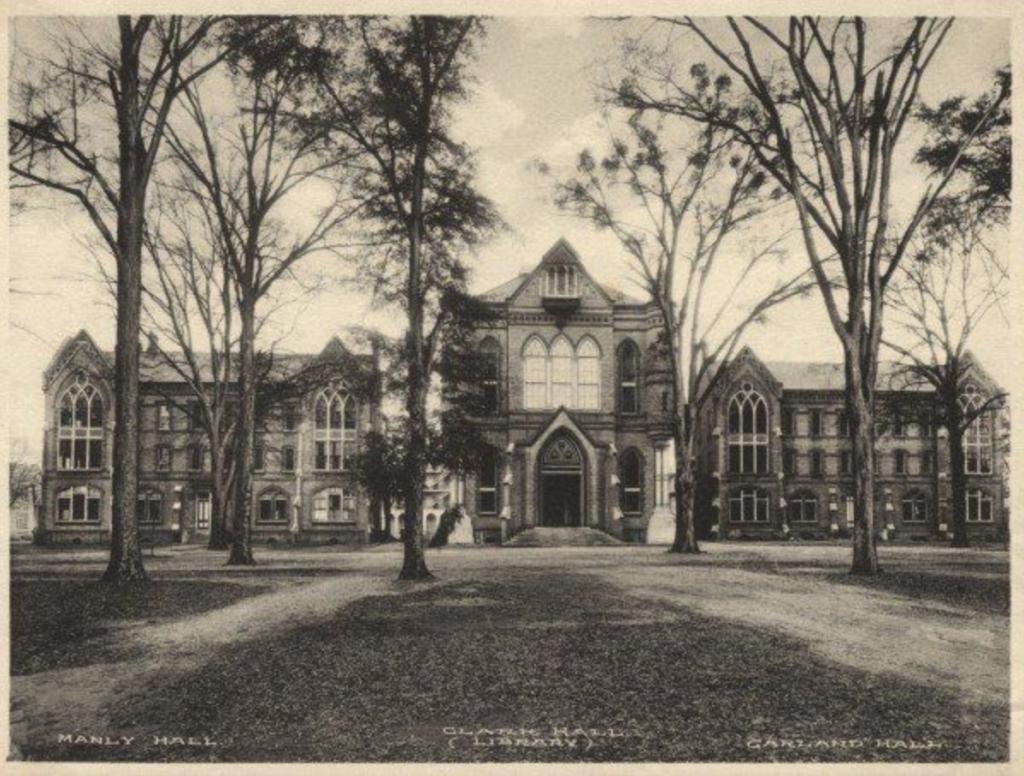 Manly, a Baptist minister and evangelist as well as one of the founders of Furman University in South Carolina, is also known today for being an ardent supporter of the institution of slavery and Southern secession from the North. As the Encyclopedia of Alabama puts its:

In 1845, when the controversy over slavery and abolition divided Baptists along sectional lines, Manly argued in the Alabama Resolutions, a series of demands that he wrote and presented to the national convention that ministers could own slaves, leading to a split between northern and southern Baptists…. Manly himself owned more than 40 slaves and oversaw a plantation along the Black Warrior River. Although Manly acknowledged the humanity of slaves in his sermons and sought to guide them spiritually, he also believed in and practiced corporal punishment. His life and career exemplified the complexity of slavery in the Old South, as he tried to reconcile support for human bondage with Christian principles.

Or, as the student newspaper summed it up the other day, on their Facebook page (in a post also providing historical info on the namesakes for Morgan Hall, Nott Hall, and Bibb Graves Hall): 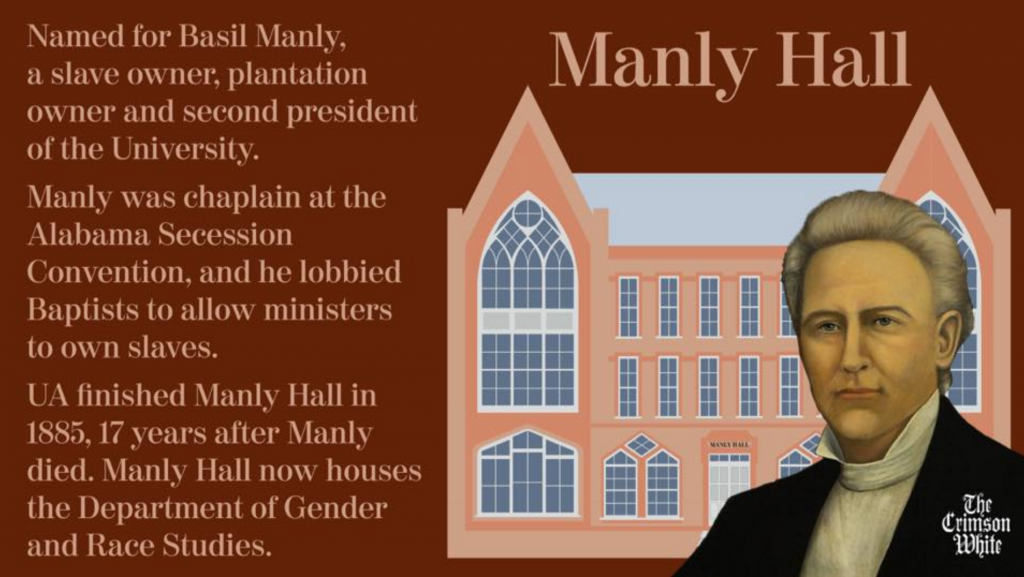 While we do not know what the UA System’s Trustees will decide when they study the names of various buildings on our campus — with, according to some, Gorgas House and Gorgas Library possibly on the list as well; given the person for whom our building was named, and the past that his name represents, it would certainly make sense to us if our own longtime home was high on their list of buildings whose names should to be reconsidered.

And so, just in case anyone affiliated with REL, past or present, isn’t aware of how close to home this history is in our case, we thought we’d make sure they were aware.