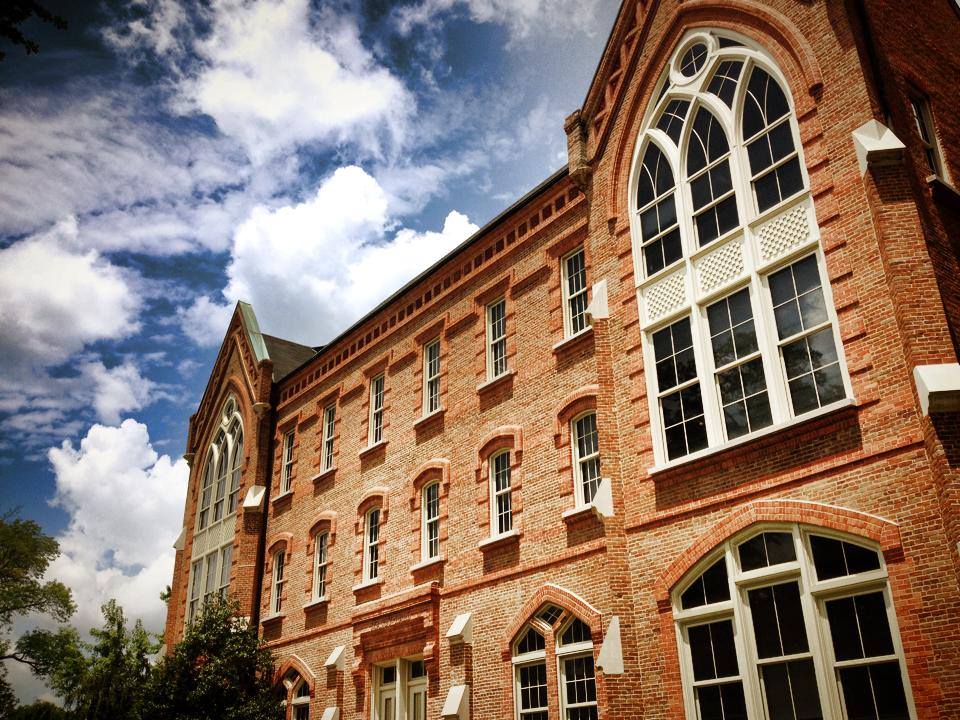 Ellie Cochran is a senior at UA, majoring in Religious Studies and Interdisciplinary Studies with a depth study in Environmental Management. She will be graduating this May and plans to pursue a Master of Science in Family Financial Planning & Counseling. She’s been blogging her reflections on her time in the Department of Religious Studies. You can read parts 1, 2, and 3 in this series here.

Mere days before I am to graduate from the University of Alabama, I find myself considering the changes that have occurred since I first began school here in August of 2015. There are, of course, the obvious changes, such as no longer living in a dorm or the fact that I will soon have a double-major bachelor’s degree listed on my resume instead of none. But much like with any phase of one’s life, college being no different, there are subtle changes that take place over time and which typically go undetected until further scrutinized.

Because there is an impending change in the near future, I have begun to analyze my collective experience at UA. In reflecting on my college career and trying to pin down what, if any, transformations have occurred in the past four years, there are several main takeaways that are evident to me. As I wrap up this series of blog posts, and thanks to the time I have spent in REL 105 this semester, I have had the opportunity to reflect on the value of my degree in Religious Studies. The value of both of my degrees, I should add, is what I find to be most asked about when I discuss my majors. Therefore, in concluding this series, I will outline the central benefits that I have gained in Religious Studies and how my re-immersion into the intro course helped me to identify them.

Throughout the semester, I have listened intently to the curiosities and opinions of the students in Professor Crews’ Introduction to Religious Studies class. Many times I have thought to myself, “I had that same thought or question during my introduction class,” such as when one student recently asked …“Is there anything that is inherently religious?” At other times, I am drawn deeper into the conversation when a student poses a question which has never crossed my mind, such as when one student asked Prof. Crews, “Do you think the world is getting less religious and what would happen if religion disappeared altogether?” This semester though, there was also a distinct point in which I realized a student was asking a question that had not exactly plagued me during my intro course (as I think I was still in “puppy love” with Religious Studies), but the question had formed later on in my degree process. The question is often asked, at least in some fashion, by people outside of the university environment altogether (that is, by family, friends, employers), although it was posed to Prof. Crews by the intro students as well. Basically, the student asked, “so-what?” As in, “So, what’s the point? Where do we go from here?”

From the point of view of innumerable people, the academic study of religion is important almost exclusively in the realm of academia, which most people in the general population feel far removed from. Even I, who am relatively immersed in the field and who spends quite a lot of time around Manly Hall, occasionally wonder how any of “this” applies to my day-to-day life. Therefore, when this question was posed to Prof. Crews, I was immediately eager to hear her response. Considering how Religious Studies may apply to everyday life, Prof. Crews brought up aspects of understanding one’s place in the world, being analytical, and well-spoken. Furthermore, she encouraged the students in REL 105 to use the skills of deconstructing their normative worldview to understand that things are not always as they seem. Once we learn to identify and interrogate the things we take for granted about religion, we can use those same skills to think about anything and everything that makes up our lives, from love to family to race to sex to food. 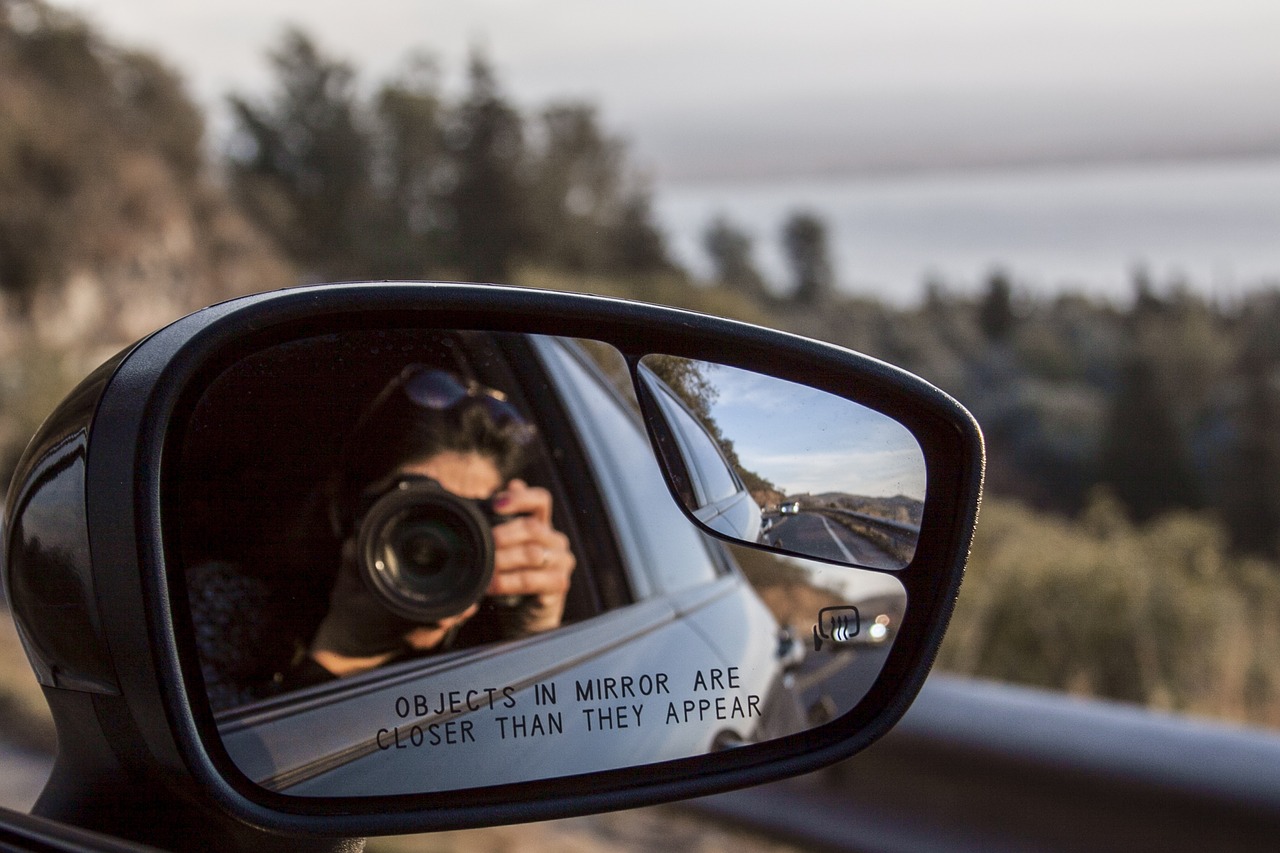 “Objects in mirror are closer than they appear.”

I imagine that the end of senior year, for nearly everyone, is already somewhat nostalgic and bittersweet. Just as when I graduated high school, I have spent the last few weeks considering the incredible people I have met, as well as the multitude of experiences and opportunities that I have had while a student here. In addition to the expected amount of nostalgia that a graduating senior feels on their own, being again in the introduction course only amplified the reminiscing of the past three years that I have spent in this department. Therefore, being surrounded by groups of students asking “so-what?” in class compelled me to consider the “so-what” aspects of my entire degree. As stated before, friends, family, and potential employers all tend to ask about the “value” of my degree, but more specifically, about how I plan to “market” this degree in a way that will ultimately get me a job. I often find myself having to explain not only what our program really does here, but also how those things are worthwhile and useful in my life.

When asked “so, Religious Studies, huh? What are you going to do with that?”, I usually begin by explaining that our department is not merely interested in defining ‘religion’. Because we have been taught to think critically and to avoid taking the world at face value, my direct answer is generally somewhere along the lines of “well, I can do almost anything with this degree.” Sure, it would be difficult to go from a field in the humanities to working as a physicist or applying to medical school, but those things are not altogether out of the question simply because I did not major in something “practical,” like biology or accounting. In fact, each of the graduates of our program goes on to work in a wide variety of fields, from law to medicine to education to business. As described in previous posts within this series, the primary role of a scholar of religious studies is to be curious, skeptical, meticulous, and articulate. Therefore, what is gained from a degree in Religious Studies is a more enhanced understanding of the world, which, I would argue, can (and should) be applied to every field and every profession. In fact, when describing what Religious Studies “is”, I used to enthusiastically tell people, “it applies to everything!”

For me, a key component of Religious Studies is understanding that context is everything. That is, every opinion, claim, argument or discussion should be considered in its specific context.

Who is claiming this?
How are they defining the words that they are using?
What is at stake?
Who benefits and who is marginalized?

With this skill, which has been honed after semesters of practicing in various REL classes, I can approach any career or additional schooling with the proper skills to ask detailed questions, be thorough, and break down (or construct) an argument. Moreover, and in a very “Religious Studies” manner, I will say that the value of my degree, I guess, depends on the person who is valuing it. Who is defining “valuable,” what does that mean to them, and how exactly are they determining the worth of my education?

But personally, when I think about what I find valuable in Religious Studies, I do not view it as a stand-alone experience of taking classes, writing papers and having discussions. While all of those aspects were certainly present and critical to my learning, I tend to regard the experience as a collective which also includes the faculty that I learned from and the opportunities that I had. Working as a student worker in the main office for 2.5 years and being an officer to our club (the Religious Studies Student Association) for two years has been equally as influential to my overall growth in college.

Finally, to address the looming question that so many students asked Prof. Crews and that so many people tend to ask me, the “so-what” is that you can still have whatever opinions you want to have. You can and should believe in whatever it is that you believe in. You should have feelings about politics, law, religion, and race and how the things in our world are defined. When I reached my “so-what” point, it took quite a while for me to realize that saying, “well, it depends on who and what and why” is not the end of the discussion. While those acknowledgments are an immensely important part of being an informed student, employee, or civilian, it is still crucial, even imperative, to continue to have your own opinions and convictions. If I have learned one thing from REL, it is that, yes, of course, everyone has their own bias — there is no way to escape that. However, recognizing that bias plagues everyone forces you to understand yourself and others in a deeper way. So then when you do have strong opinions about a potential law, a presidential candidate, or even about specific policies at your new job, you can better understand the dynamics of many sides. Applying the skills that I learned in our department, I am encouraged to be a better-informed citizen, more accepting, thoughtful, and understanding of the fact that my reality is not the only one that exists.