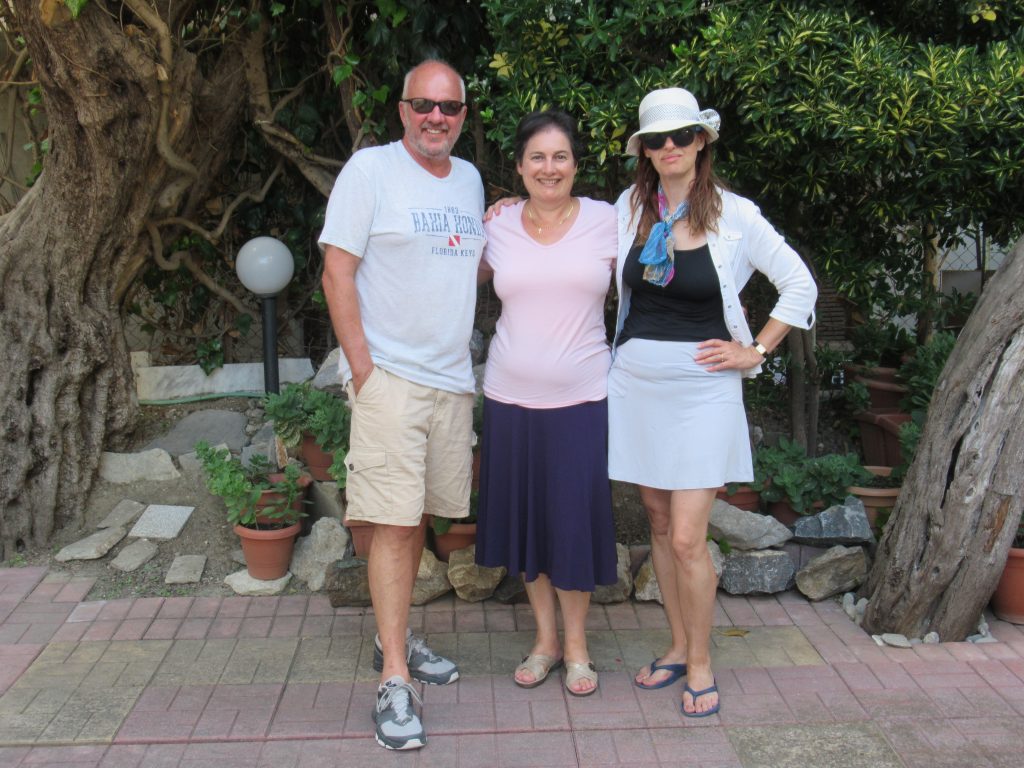 As the weather gets colder, reminiscing on warm adventures becomes enticing. Last week, Prof. Ted Trost sat down to do just that — Taking a minute to share stories of his European travels from this past summer.

After years traversing the country and world for both business and pleasure, Dr. Trost settled in at The University of Alabama. Currently, he works with students in the Department of Religious Studies and New College.  Before working in academia though, Trost worked as a flight attendant for Pan-American World Airlines, prompting a life-long passion for travel. After 9 years of navigating airways, Prof. Trost has continued to explore new places, even spending a year on sabbatical in England. Most recently, he combined his academic work with globetrotting as he and his family took a trip across parts of Europe. 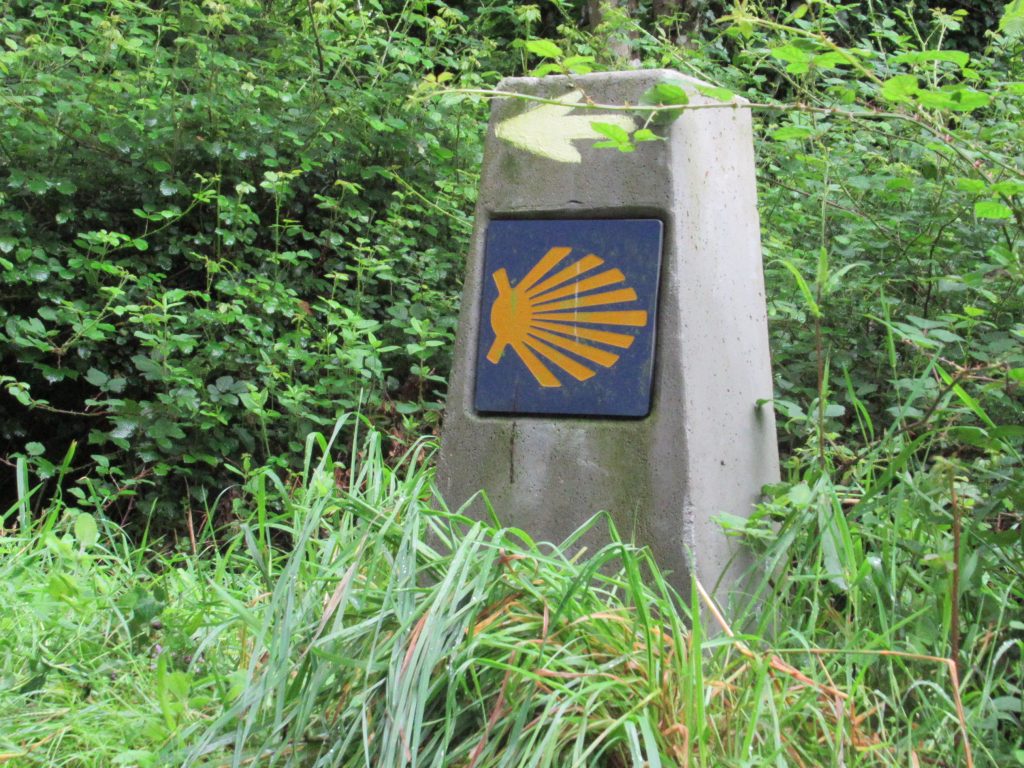 The trail marker for the El Camino de Compostela, a pilgrimage trail that has traversed northern Spain to Santiago de Compostela since the early 9th century. Prof. Trost’s two sons hiked a portion of the trail while he and his wife visited colleagues in northwestern Spain.

Over the course of seven weeks, Prof. Trost, along with his wife, Prof. Catherine Roach, and their two sons, toured parts of France, Spain, Greece, and England. Their oldest son had been studying abroad for almost a year, so the first stop on the itinerary was to meet him in Tours, France. The two brothers hiked part of the El Camino del Santiago, a series of trails stretching across northern Spain. The pathway was originally a pilgrimage route leading to the cathedral of Santiago de Compostela, where the remains of the apostle Saint John were thought to be buried. While his two sons trekked the 9th-century trail, Prof. Trost and his wife remained in the Galician province to collaborate with a colleague on an upcoming book.

From the northwest region of Spain, Prof. Trost and his family traveled east to Barcelona. There they visited the Templo Expiatorio de la Sagrada Familia, a cathedral that has been under construction since the design was expanded by architect Antoni Gaudi in the 19th Century. Leaving Spain, Dr. Trost headed to Thessaloniki, Greece, where he met with another Religious Studies Professor, Dr. Vaia Touna and visited Berea, where Paul is said to have retreated after a bad reception in Thessaloniki. Dr. Roach lectured as a Fullbright Scholar, while Dr. Trost met with potential collaborators on a future project at Aristotle University. 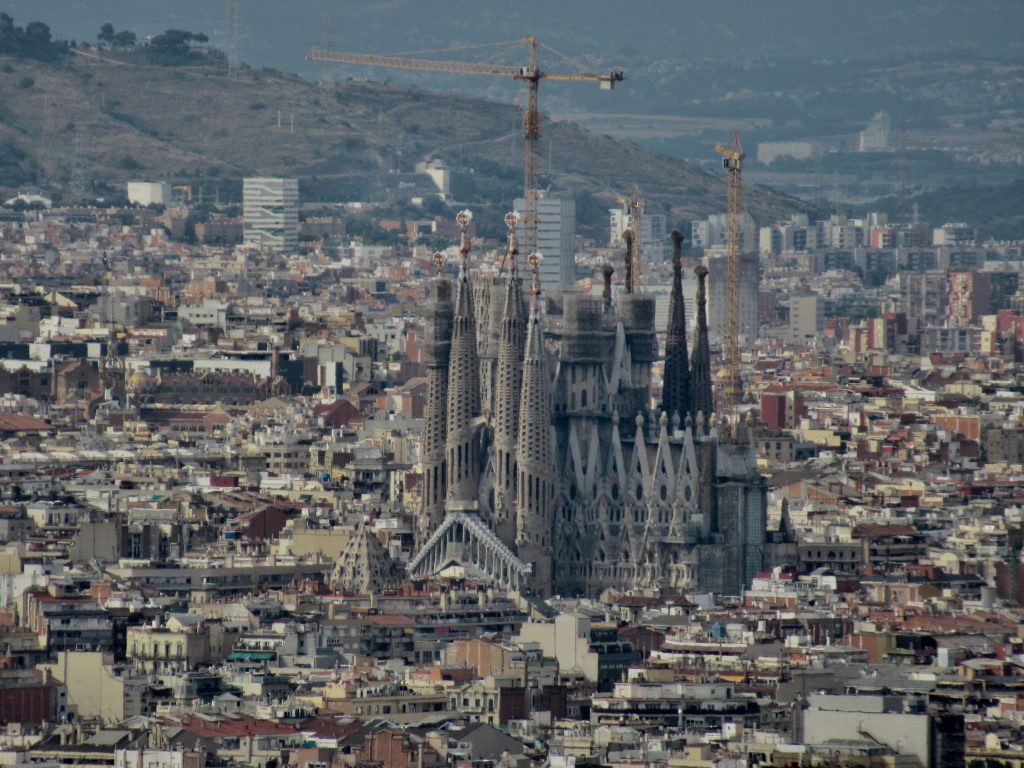 Photograph by Prof. Trost of the Sagrada Familia in Barcelona, Spain. The structure has been under construction since 1866.

Prof. Trost closed his 7-week adventure with a trip to England, visiting St. George’s Hill (where several of the Beatles lived). There he met one of the co-editors of the same book he discussed with a colleague in Spain. He sailed across the Atlantic on the Queen Mary for one last adventure before returning home.

Prof. Trost’s enthrallment with travel just scratches the surface of his interest in historical and cultural constructions. The child-like sensation of being in a foreign city is energizing for anyone open to learn. For Prof. Trost, these experiences extend into his academic work, where his adventurous perspective supplements his teaching and writing. It does not take long to appreciate Prof. Trost’s excitement to explore. One quick conversation with him will have you ready to pack up and go.