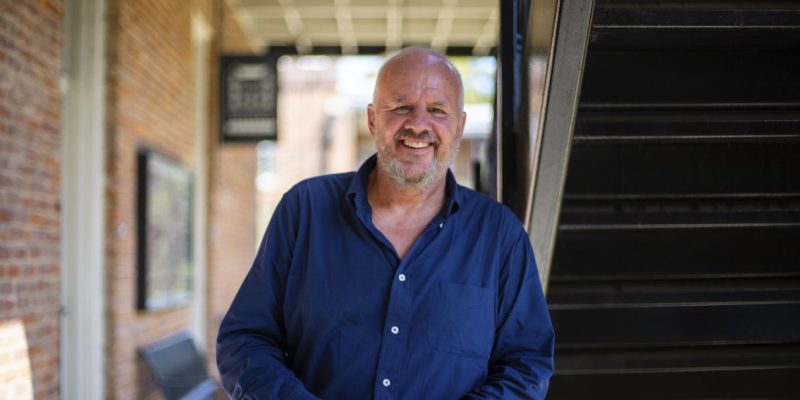 Professor Theodore Louis Trost graduated from Harvard University in 1998 with a Ph.D. in the study of religion. His dissertation focused on the career of Douglas Horton, an American Protestant leader in the ecumenical movement during the 20th century. Previous degrees were earned at the University of Michigan (BGS), the San Francisco Theological Seminary (MDiv), and the Graduate Theological Union (MA). He also worked for nine years as a flight attendant and purser with the now-defunct Pan American World Airways.

Dr. Trost holds a joint appointment within the College of Arts & Sciences in the Department of Religious Studies and the New College. He served as chair of the Religious Studies Department from 2009 until 2013 when, while on sabbatical from UA, he was Visiting Research Fellow in the School of Philosophy, Religion, and the History of Science at Leeds University, England.   Dr. Trost was promoted to the rank of Professor in August 2010; he was Distinguished Teaching Fellow in the College of Arts and Sciences from 2015 to 2018.

Trost teaches courses in American religious history, religion and popular culture, bible, religious rhetoric in literature and film, and songwriting. He is also a songwriter and a member of the group called Thaddaeus Quince and the New Originals.

What’s the Backstory on Prof. Trost…?

REL 355  The Rhetoric of Religious Conviction

Service Beyond The University of Alabama

In addition to his responsibilities to the University of Alabama, Dr. Trost has served as the chair of the Academic Relations Committee of the American Academy of Religion (2014 to 2018).  In collaboration with Philip Stoltzfus, he founded and co-chaired the Music and Religion Section of the American Academy of Religion.  He currently serves on the Editorial Boards of the New Mercersburg Review and Rock Music Studies.

The Development of the Church: The Principle of Protestantism and Other Historical Writings of Philip Schaff, David Bains and Theodore Louis Trost, eds. (Eugene, OR: Wipf and Stock, 2017).

“Randy Newman’s Satirical Vision and the Myth of America,” in Nicolas Baxter-Moore and Thomas Kitts, eds., The Routledge Companion to Popular Music and Humor (London: Routledge [2018]).

“Philip Schaff: The Flow of Church History and the Development of Protestantism,” co-authored with David Bains, Theology Today 71/4 (January 2015): 416-428.

“Transgressive Theology: The Sacred and the Profane at U2’s PopMart” in Scott Calhoun, ed.,U2 Above, Across, and Beyond: Interdisciplinary Assessments (Eugene, OR: Lexington, 2014), 91-104.