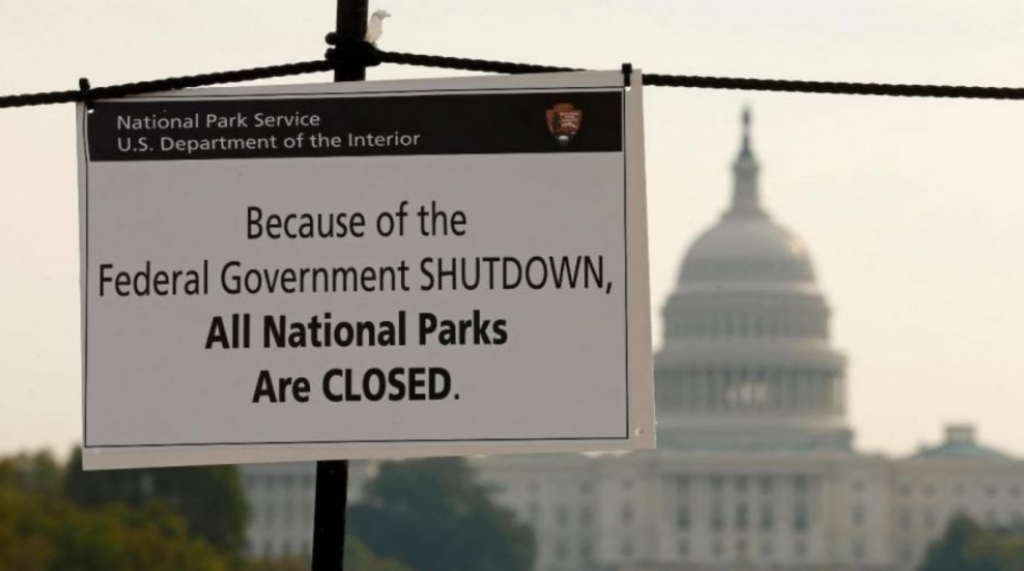 At present, the political drama continues.

One place where it’s being played out is on the TV and radio news shows, of course, with politicians from both major parties being interviewed and blaming the other side for what’s going on (or not going on, as it were). The interesting thing is that back in 2013, the federal government also shutdown, but, unlike today, it was when a Democrat was President and the Republicans were holding firm and not agreeing to keeping the doors open and the lights on. At the time, Democrats, of course, complained about their uncooperative colleagues and everyone debated who was to blame.

Now? Well, the so-called blame game is going on, of course, but now, with the Republicans controlling the Presidency, the House of Representatives, and the Senate, they’re in the driver’s seat and Democrats are busy justifying why they won’t play ball.

For the scholar of religion, skilled in the use of the comparative method, there’s a nice experimental condition being set up here, for the shoe is on another foot now and so Republican interviews from back in 2013 (complaining about the other party) sound an awful lot like Democrat interviews today and Democrat interviews from 2013 (justifying their uncooperative actions) seem to be providing the speaking points for Republicans there now.

And so, when confronted by this (and asked by an interviewer if they’re being hypocritical by reversing what they once said), its interesting to see politicians from both parties, who have been involved in both shutdowns, doing some quick comparative work; for while having no choice but to acknowledge the obvious similarity between the two situations they then assert a key difference today, one that allows them to claim the moral high ground both then and now. So regardless whether they were in favor of the shutdown then but not now, or were not then but are now, their strategic use of the comparative method allows them to appear to be right on both occasions.

Case in point, consider this new interview with Mick Mulvaney, the current Director of the White House’s budget office, himself a former Republican member of Congress:

Or what about this one, with Independent Bernie Sanders, from a little later in tthe same Sunday CNN show?

So listen for variations on the tactical “yes, but…” that social actors sometimes insert into their speech, for it’s a handy way to squirm out of a similarity that doesn’t serve current purposes.