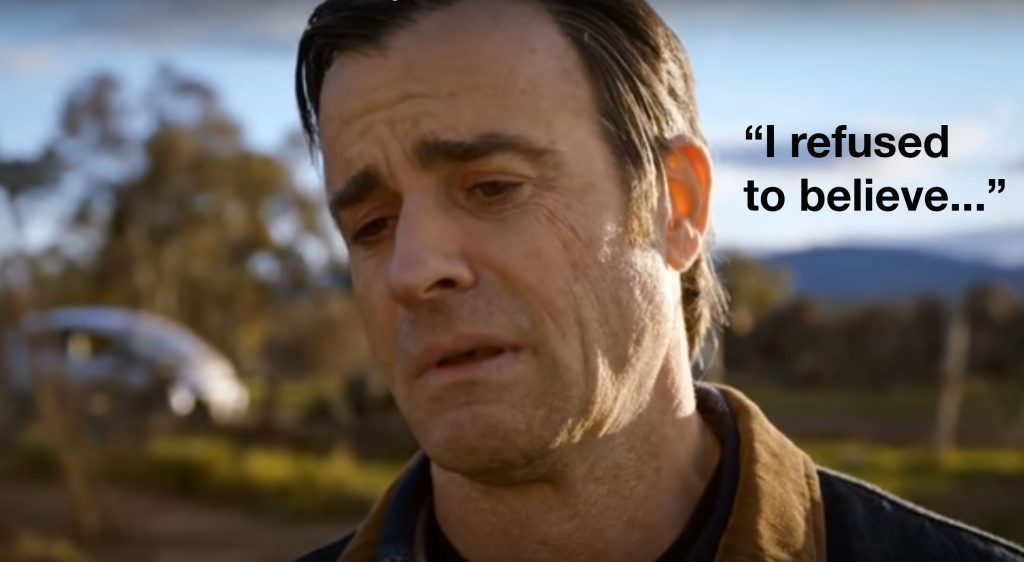 Were you following the three seasons of The Leftovers?

If not, then I’ll not spoil the ending (too much), which aired a week ago.

So all that I’ll say is how the series makes evident the role of the discourse on belief in popular culture; for Kevin refuses to believe that Nora is gone or dead (or departed), so he searches for her…., and yet in the end, after she recounts how she’s spent the years since they last met, he says, simply: 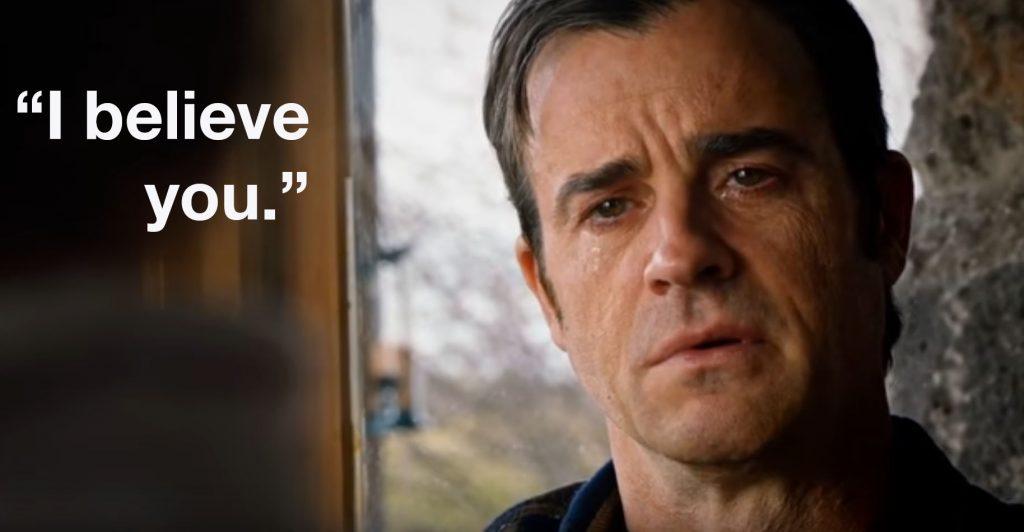 Whether pro or con, the series seems to be all about belief — not much different, come to think of it, from Neil Gaiman’s novel American Gods (now a miniseries) in which the power, even the very existence, of the gods is premised on, yes, our believing in them.

There’s longstanding debates in our field, though, on just what role this thing we commonly call belief plays — whether it is primary and thus causal (the idealist position, which, in my estimate, dominates the academy no less then popular culture, such as when pollsters routinely try to determine how your beliefs affect such actions as how you vote) or, instead, secondary and thus an internalized effect of other, public things, such as social structures and historical situations.

It’s not a debate to settle here — just something of which to be aware, I guess, given the ease with which the world around us keeps reinforcing the notion that there’s a faithful ghost inhabiting the mere machines of our bodies, pulling strings and manifesting itself first here and then there.