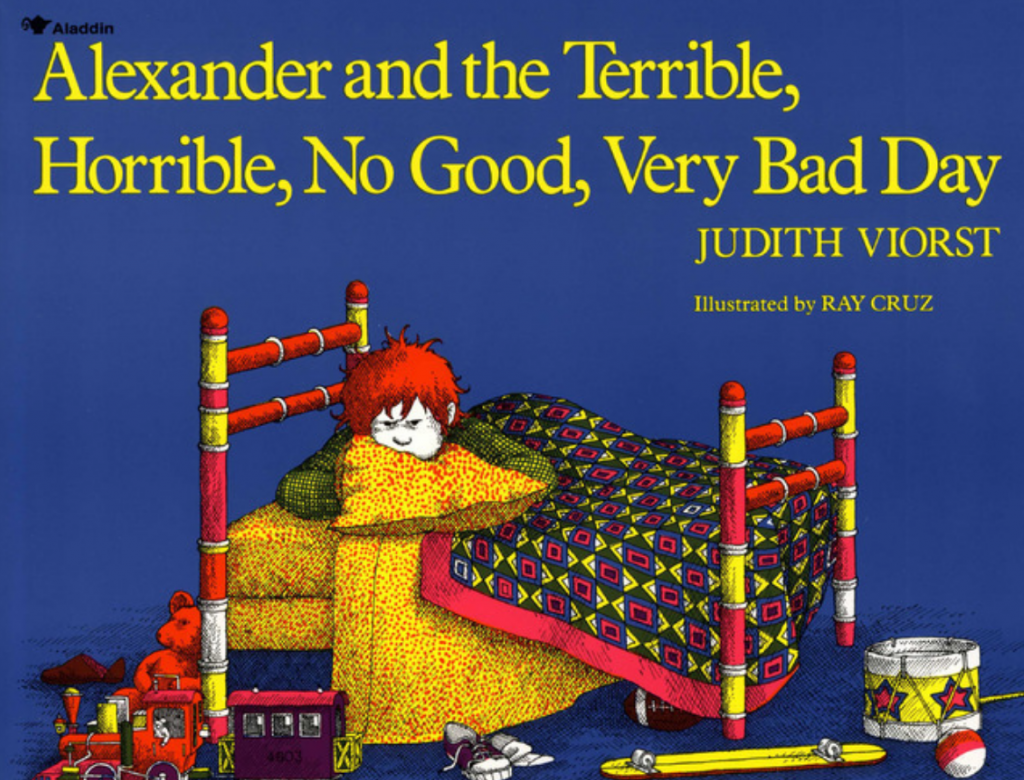 In the close to Fabricating Origins — a recent collection of short essays, by a wide array of scholars, on the problem of origins — I used the example of Jim and Pam, from the U.S. adaptation of the British series, “The Office,” to illustrate how malleable, and thus useful, the archive of the past can be in our efforts to make sense of where we happen to find ourselves today.

For all I know I’ve blogged about it before (I looked but, if I did, I couldn’t find it; so here goes…), but given yesterday’s post on the #Dear2016 hashtag, it seemed reasonable to revisit a point made in the afterword to the above-mentioned volume, to illustrate just what I think is going on in the current laments over how cruel 2016 has been.

A cruelty that has most recently added Carrie Fisher and Richard Adams to the list of the dearly departed. (If you don’t know who the latter is then you may see that my point is already being made….)

In the episode, entitled “Diversity Day” (which first aired back in 2005), Jim — a paper salesman — is failing to make his biggest annual sale (one call, he unwisely brags early on, is all he has to make to renew this contract), thereby losing a significant portion of the commissions that comprise his annual income. Because he keeps failing to connect, we repeatedly see just how horribly his day is going. Until Pam, the receptionist (and with whom we know him to be secretly in love), falls asleep, during a staff meeting, with her head resting on his shoulder.

She awakes and the following ensues — complete with Jim’s final comments on the state of his day.

My point in repeating this example?

As I commented to a friend on social media yesterday, a cure for, say, cancer, announced in the coming days, would likely change this whole #Dear2016 narrative rather abruptly for many.

Not that this means that all of the things that had formerly struck us as tragedies had not happened — after all, Jim still has lost a quarter of his annual income and no amount of sweetness from Pam will change that. But seeing his financial state as some brute matter of fact that demands our attention is the problem, I’d suggest; for, as is pretty evident, it turns out that there’s lots that Jim could be paying attention to — the world presents so many stimuli to our senses that we need to narrow them down just to get by, focusing on just this by means of ignoring all of that (like the feeling of the feet in your shoes, right now, as I’ve so often suggested to my students).

The lost income suddenly pales in comparison to…. 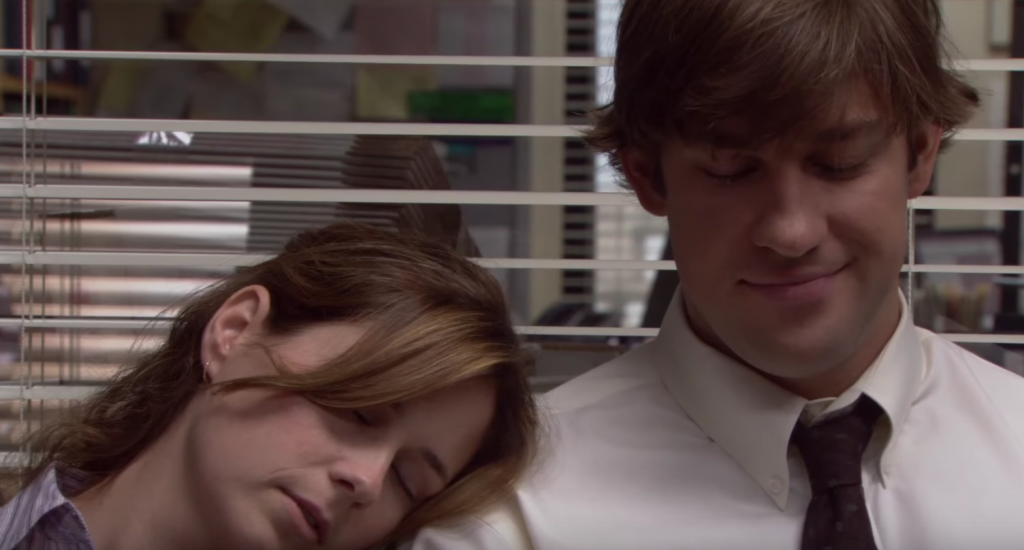 And it’s that selective focus, and the narratives that we create by connecting the moving dots of what gets to stand out and thereby count as significant to us — significant now, given whatever interests that animate our time-sensitive selection process — that we, as viewers, see change, right before our eyes, while watching Jim go from frustrated salesman to a man in love. For at that final moment, talking to the camera, at the end of the day, the former doesn’t much matter to him anymore.

Like the feeling of his feet in his shoes.

Not that it didn’t happen. In fact, lots happened to him that day. Way too much to remember, in fact. And so what was formerly important is now — at least for now — irrelevant, in the light of something new that just came along, meeting criteria that, moments before, hadn’t seemed all that relevant.

So it would be a mistake to think that the day’s events come pre-packaged with their permanence and significance already intact. Both, instead, are given to them, by us, in a situation that’s bound to change.

Jim’s day isn’t so horrible after all.

Of course it’s probably unlikely that a cure for cancer will be announced in the coming days — whatever that may actually mean, given that it is a name we use for a broad range of diverse ailments. But taking the contingency of our situations seriously, as well as our active (though usually unrecognized) role in determining what gets to count as worth paying attention to, means that we’d be wise to keep our eyes not on the calendar but on those who are watching it, for they’re the ones who determine which happenings are noteworthy.

And so the #Dear2016 hashtag makes me interested not in the celebrity deaths but in those doing the lamenting.

Oh, and by the way: without growing up reading 1972’s Watership Down, well, you likely don’t know much (aka don’t care much?) about who Richard Adams was. But to those intrigued by those little rabbits’ lives, well, he mattered a great deal.