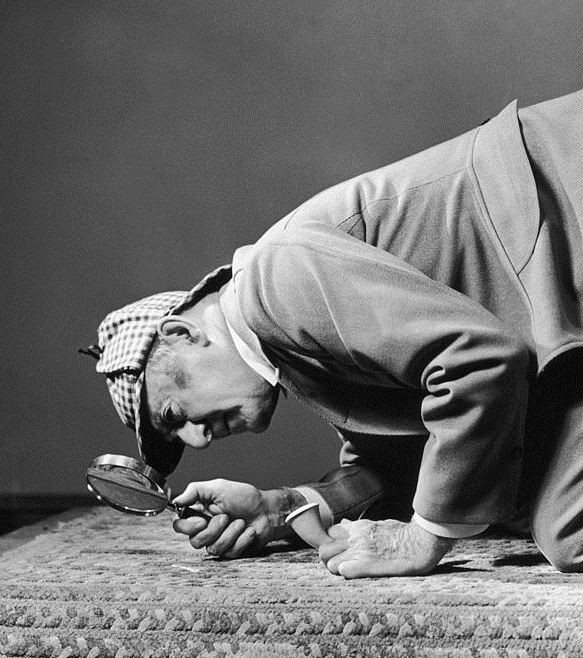 My early book was cited near the start of Chris Kavanagh‘s recent online essay, as an example of a work in the study of religion that — despite him agreeing that there is “much that is valid in such critiques” — seems to constitute “academic minutiae” that we should put behind us, so we can just get on with our work.

If you’ve not read the piece, you should. 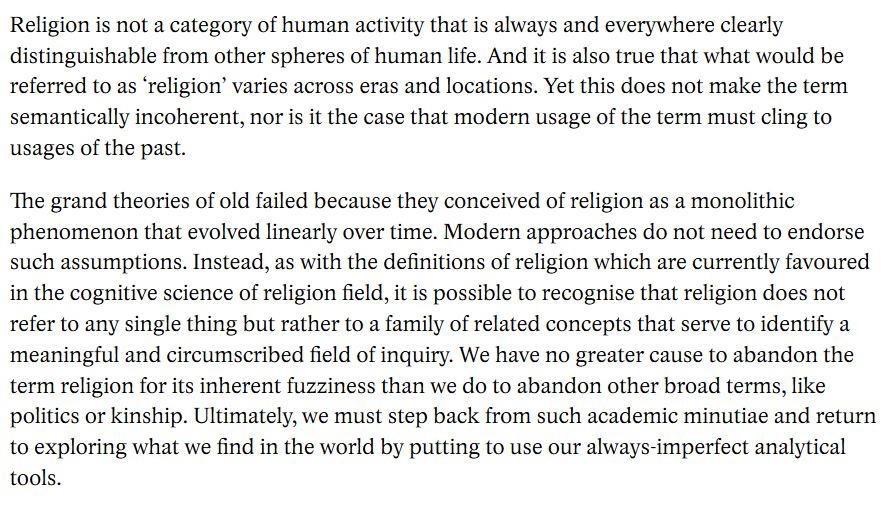 I’d like to focus on what is being claimed here, in these closing lines, and raise some of the implications that I see to be of importance. For paying attention to the little details is sometimes quite beneficial.

First, there’s an interesting ambiguity in the article: are we talking about the category religion or, instead, religion as “a category of human activity.” There’s a difference and I would suggest that it is significant; for there are those, like myself, who would argue that we are only able to make claims about the latter if we first come armed with the former — i.e., that the world does not spontaneously arrange itself as religion or not (prompting observers just to recognize and then describe the differences) but that this arrangement is the product of our naming and distinguishing.

Second, does the fact that this “category of human activity” is not always or easily distinguishable “from other spheres of life” tell us something about the so-named subset of human activities themselves or, instead, about our generally flawed use of the category? Scholars usually conclude the former, and then fine-tune their lens by focusing on the so-called religious aspects of, say, politics (and thus we arrive at the notion of civil religion) or inventing terms like implicit religion or compounds like religio-economic, in order to get at the way religion is (they would argue) intertwined with other parts of life. What if, instead, we saw the root of the problem as being our theory of religion? For if we did not presume that religion was a deeply human, trans-species quality, necessarily present in all places and at all times, then we might not go looking for it everywhere and thereby put ourselves in the position of trying to find religion-like things here and there.

Third, if what “would be referred to as ‘religion’ varies across eras and locations,” then I am unsure how one can pursue a cross-cultural theory of religion (something that I understand cognitivsts to be interested in developing). Imagine if biologists were to claim that they were able to study mitochondria as being among the building blocks of cells despite the fact that what we refer to as ‘mitochondria’ varies across eras and locations. My point is that I do not think that we can have it both ways: we cannot admit that the things called religion vary while at the same time trying to establish a theory of religion. Instead, we will end up with a theory of religion defined in this way and applied only here, which may very well end up being different from a theory of religion defined that way and applied over there — an acknowledgment that seems to undermine the science of religion as many naturalists in the field generally understand it.

Fourth, while I agree that such variability does not make the term religion “semantically incoherent” but, as just suggested, it makes the field studying it scientifically incoherent and, more than likely, institutionally nonviable; for there apparently is no “it” to study but, rather, all sorts of potentially different its that may have nothing to do with one another. So, if saying that one is a scholar of religion doesn’t really mean that you necessarily have anything in common with the scholar of religion in the office next door, how do we know that the cognitivsts are themselves all studying the same thing when they say they’re working on a theory of religion? And why should non-cognitivsts pay attention to their findings if we all might be studying different things?

Fifth, modern use of the category religion is indeed not necessarily connected to usages of the past; yet, ironically, E. B. Tylor’s minimalist, late-19th century definition of religion — “religion is belief in spiritual beings” — seems remarkably like the definitions often used among cognitivists today. Extend this to include the rituals of relevance to such theistic belief system (or, we could broaden the tent by talking about non-obvious beings, sure), and we seem to be more bound to the past than some realize.

Sixth, opting for a family resemblance definition of religion is a rather curious move for those who wish to study religion as an actual thing in the world (i.e., some phenomenon that exists, whether in the human heart or in synapses and genes, apart from one’s ability to name it). For, as I understand this way of defining something, it makes all too evident the role of the observer in establishing the criteria for membership in the group — criteria reflective of the observer’s interests and judgments (such as figuring out what constitutes both the prototype as well as too few traits to warrant inclusion in the group); family resemblance approaches are therefore not necessarily indicative of items that exist independently of the observer. A family resemblance approach to games, after all, tells us not about games but, instead, about what you wish to constitute as a game.

Seventh, and finally, the concerns included here don’t strike me as mere trivialities. Instead, careful attention to the details, i.e., to issues of classification and scholarly self-interest, should be at the very heart of any analytic activity. Only then would we bear in mind that we end up finding things in the world only if we go looking for them. For as I’ve noted on a variety of past occasions, it’s no accident that each generation of archeologists visiting the same site ends up digging through their predecessors’ dump — not because previous digs missed something (as the archeologists themselves may very well claim) but because the newcomers have different goals, different grants, and have therefore redefined what counts as an artifact

The ambiguity is therefore not in the dirt but in our definitions of it.

As for just getting on with our explorations, we are indeed equipped with, and must inevitably use, imperfect tools (lacking a god’s eye view, I’m not even sure what a perfect tool would be, making “imperfect tool” a rather troublesome notion, I admit), but, as interests change, we sometimes discard our familiar ways of carving up and organizing the world — after all, not many people head overseas to study “the heathens” anymore. So being keenly aware of how our assumptions and our definitions make certain products possible doesn’t strike me as getting lost in the details.