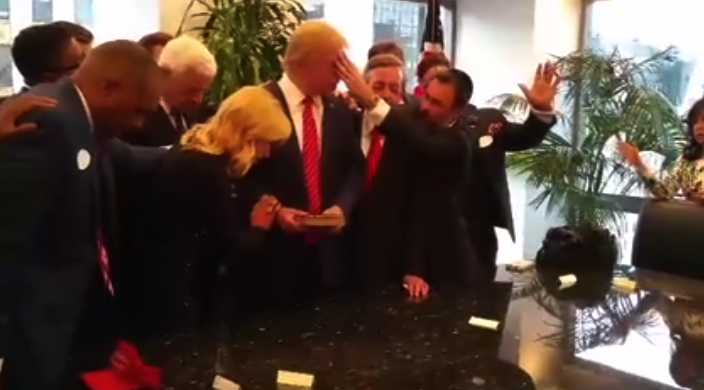 Maybe you saw my post the other day on how the way we define and use the category religion can create the very thing that we then set about to examine — failing to see that it wasn’t a naturally occurring item in the world, and thus in need of study, but was our creation to begin with. The example was the way we define so-called evangelicals, understanding them as doing something that involves “faith” as opposed to “politics” and the quandary that then results when we see them voting in large numbers for Donald Trump in the Republican primaries.

How do we explain this?

Everyone’s trying to answer that question, because they assume religion is all about morality or values or faith or whatever one calls it — qualities they don’t think Trump has.

My point was that if you instead understand the things that we call religion as but one mode of social and political action in our society — actions often privileged by the benefit of being called religion and thereby set apart as if they were pure, other-worldly, and therefore untainted by the messy world of power and privilege — then it is not really surprising or a contradiction that people flock to a candidate who seems to promote any number of their many practical interests.

If you’re looking for another example of this, see this news report from National Public Radio. (Click here if the player doesn’t load properly.)

If you’re in the academic study of religion then you’ll understand why I’d say that this is the way that the notion of sui generis religion reasserts itself; for despite many thinking we’ve somehow left behind the presumption of religion being unique and thus removed from all other aspects of the human (and then assuming that it interacts periodically, to whatever extent, with culture), we hear in this story the strategy to make sure we all see religion as distinct. For now that so many so-called evangelicals support Trump some who also identify with this branch of Christianity, but do not identify with Trump, are circling the wagons even tighter and looking to define some more authentic mode of being an evangelical, e.g., whether people are “actively following Christ” or not.

The boundaries of the unique just got smaller.

It’s a news story worth listening to, watching for the strategies that are being used to redefine the category, drop the category, even to distance (I guess real) evangelicals from “self-described evangelicals” (who are hardly authentic, I guess), etc., all in order to retain the impression of a privileged zone of untainted faith.

So now we’ll start talking about “Gospel Christians,” I guess, as opposed to mere evangelicals. But keep in mind that, like any category, it’s not naming some actual thing but, instead, is a strategy people use in a competitive social economy, to set limits and organize membership in opposition to others — in this case against some who previously had been thought to be allies.

As for that opening image, did you catch this last September? It would be interesting if any present that day are now alienated from Trump and his evangelical supporters.