A colleague at another school sent me the email that recently went out to all program unit chairs for the American Academy of Religion (AAR), our field’s largest professional association. Because the president sets a theme for the upcoming year’s annual meeting, our incoming president has written the following text to explain her choice of theme for 2016 — one that all program units are then invited to focus on, to whatever extent, in their own calls for papers.

This year’s annual meeting theme is Revolutionary Love. Neither word captures the complexity of the theme, but I use the word “love” in the broadest possible sense, including love as a social and political force, a structural reality, a collective endeavor, a shared social practice, a language, a relationship, a moment, a gesture, an identity, a quest. The membership of the AAR includes scholars who study religious traditions and historical moments of enormous variety. It’s hard to imagine any area of study, however, that does not reflect on the topic of “love” – again, defined as broadly and creatively as possible – in one form or another. I use the term “revolutionary” next to “love” to turn our attention to love that seeks to transform the world, which includes love that both tears down and builds up. To provoke our thinking, let me offer the prophetic words of James Baldwin, “I use the word love here not merely in the personal sense but as a state of being, or a state of grace – not in the infantile American sense of being made happy but in the tough and universal sense of quest and daring and growth.”

Given that our new president, Serene Jones, is an ordained minister and president of the noted Union Theological Seminary, perhaps such a theme is to be expected. After all, as described on its own website: 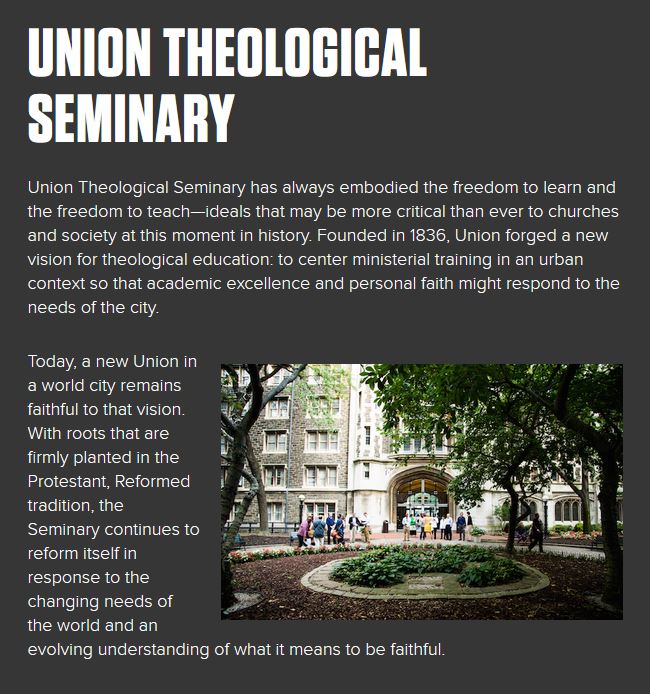 Such a theme, within this context, makes perfect sense to me. After all, in looking for a catchy image to start off this post I kept getting steered toward various Christian ministry sites — often Protestant youth ministries — which seem to often employ this phrase as part of a participatory, social justice initiative.

But those members of the AAR, such as myself, who understand the academic study of religion to be something entirely apart from being faithful in the world (whatever that may mean), will surely hesitate, or even balk, when reading this theme — as they might have done two years ago, when scholars of religion were asked to drawn upon our experience in world religions to help address climate change (among the topics addressed in chapter 8 of my own recent book).

I won’t go into details here concerning why this theme is so troubling to me — those who know my work or know me might have already figured that out for themselves; instead, I’ll simply ask other members of the AAR who might read this post whether they think this is the sort of topic to be pursued and investigated by members of our profession — or whether the so-called big tent of our academy has now increased in size so much that any sense of the academic study of religion as being a credible part of the human sciences has now been lost.