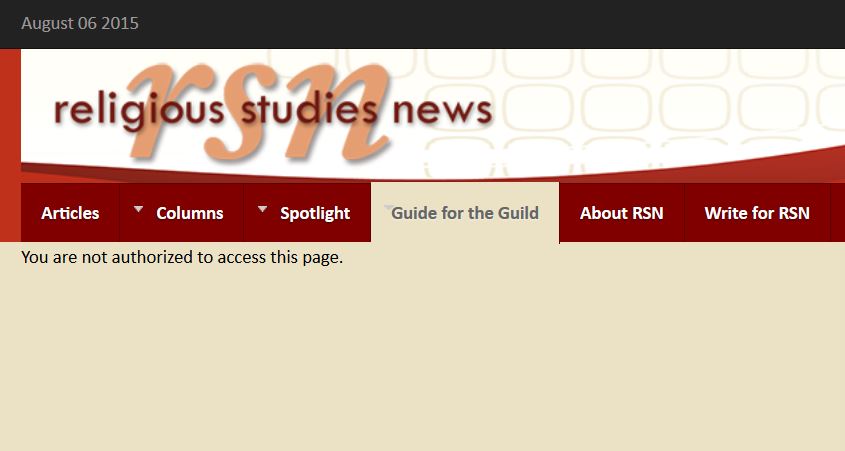 Tomorrow the last  post in my series examining the American Academy of Religion‘s recent draft statement on research responsibilities hits the web (go here to see all the posts in the series). 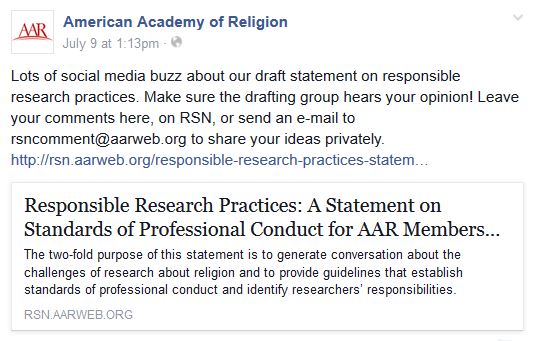 As I recall, part of that buzz was from me re-posting a link to this document at a variety of sites the day before and penning a blog post: my concern was that releasing a statement on such an important topic at the height of summer might lead to it going unnoticed by many members — all people who, presumably, have a stake in what counts as an obligation that they might one day be challenged to live up to as a researcher. So, whatever their opinion, they ought to know it had been invited. 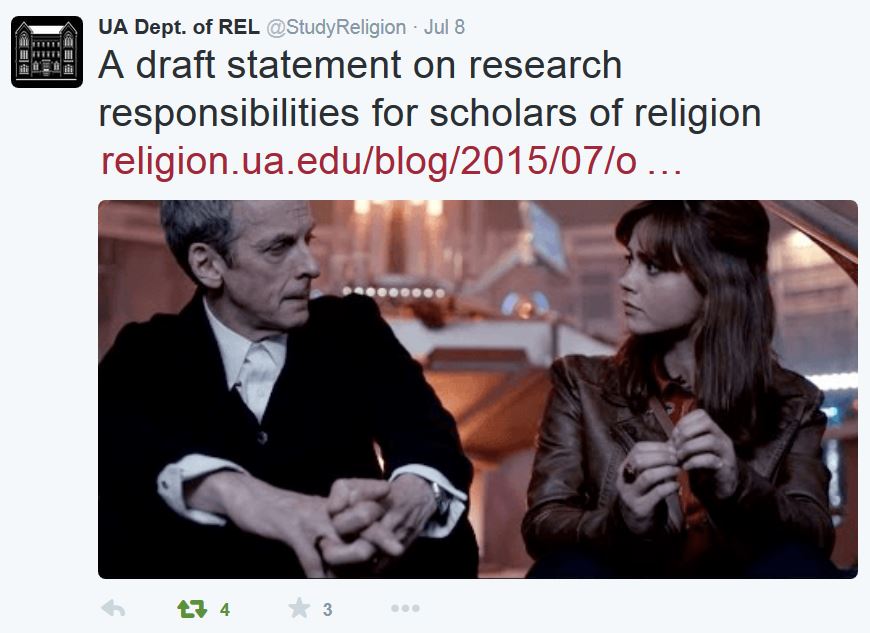 My own frustration with the document then led to the series I subsequently posted (and which ends tomorrow) — taking the committee’s solicitation of responses to their publicized draft seriously, I thought that such an important document required more than just a pithy line or two posted in the document’s comments section.

But then, talking yesterday to a colleague who hadn’t yet see the statement, I sat down at my office computer and clicked one of the many links in the series that takes readers directly to the document, so they can read it for themselves. But, oddly, all the links I’d embedded in the series were broken. (I’ve decided to leave the broken links intact — perhaps they’ll be reactivated.) I gathered that the AAR had removed the document — it was a draft, after all, and, I suppose that, sooner or later, they’d have to get to work fine tuning it in light of whatever comments their solicitation produced. (Last I looked there was only 3 or 4 at the site, by the way.)

But what I find so curious is not just that it was taken down without any fanfare but that the fourth of its thirteen bullet points (which I examined in some detail here) read as follows:

That my links were all dead (see my opening pic) and that I had to search the web for the document (had they, perhaps, moved where it was posted?), and, after not finding it, that I then had to contact their main office to try to see what had happened to it is, to my way of thinking, terribly ironic, inasmuch as the committee had itself recommended that it was our duty (by which they themselves are presumably bound as well):

to preserve evidence, as far as possible, so that it can be made available to other researchers…

As I think I mentioned in a previous post in this series, somewhat like a Positivist’s onetime embrace of the verificationalist criterion, this document’s claims seem not to apply to itself or to the process that produced it. Yet while it might not be research, strictly speaking, I’d hope that the production and distribution of a document on research responsibilities lived up to its own high expectations of the rest of us.

Now, while I’ve been quite critical of the document, I don’t want it to go unnoticed that my comments would have never existed had the draft not been posted publicly; I’m no expert on all of the AAR’s past practices but, as far as I can recall, it’s the first time in recent memory (or maybe ever) that a draft of an important document was pre-circulated. So I quite sincerely commend whomever it was who made that decision — the very “democratic accountability” that is enshrined in the AAR’s mission statement demands no less.

But on the eve of my last post in this series, I’d like to sneak in a final recommendation or two: when distributing such materials, please provide us with a deadline (if one was provided and I overlooked it, I apologize for my oversight) so that we know the window in which our comments ought to be submitted. And, as useful as social media is, I’m not sure who all is looking at Facebook or Twitter, or regularly visiting Religious Studies News (especially in early July) so, for documents of such consequence (such as one that aims to establish research ethics guidelines for all members), please send out an email to alert us all. And finally, please leave the documents online — they’re part of our record and, if not left there, then it really brings up all the problems of our online age: there is no history any longer when anyone with a password can change whatever gets posted online. (When my own school’s faculty handbook went completely online I admit to the same serious concerns.)

Oh, and one more thing: in case you didn’t notice, another draft document was just released the other day — this time an update to a 2006 AAR statement on academic freedom. 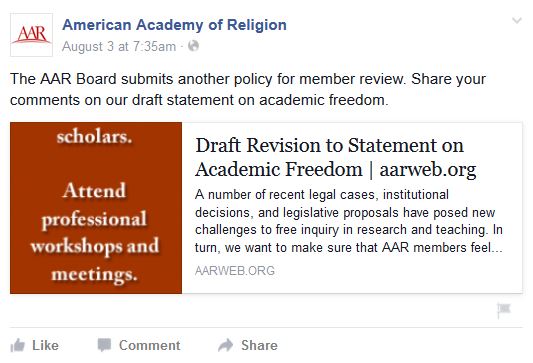 I’m not sure how long this document will be posted online or when the invitation for comments expires, but this too strikes me as pretty foundational to our work as scholars, so you might want to reply to it sooner than later…

August 11/15 Update: I’ve been alerted that the draft document has been
restored to the web, to its previous place/address, such that the links in this
series work once again.