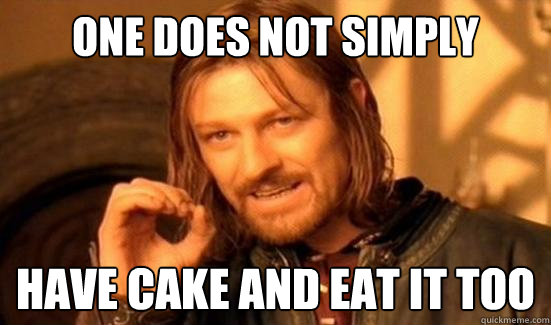 This is, at least to me, perhaps the most troubling of all the bullet points in the document, because of the way it fails to take a stand despite providing the impression of taking a very strong one.

As with other portions of this document, there’s a contradiction here that’s left unaddressed.

For, on the one hand we are asked to consider our “irrevocable commitment to free inquiry” while, on the other, we are also asked to be aware of the effects of that very commitment.

Now, just to be clear: readers are being asked to consider two related things in this statement, one of which, according to the committee’s own choice of words, cannot be altered, modified, or watered down whatsoever.

So what does the committee wish us to do? For it reads to me that, at times, they’d like us to, in a word, revoke that commitment from time to time, thereby putting researchers in an odd predicament, for while we supposedly have a non-negotiable obligation to free and open inquiry (everything is game, in other words), we’re also asked to — what? — modify that unmodifiable principle if our research, say, somehow undermines those whom we study or portrays someone in an unflattering light, or maybe fails to support their desires and goals? These are all my words, of course, but I’m trying to put some meat on the bones of their unsatisfying “assess the effects” (notably, the only words bolded in this entry, suggesting to me that it’s the important element, and not our supposedly irrevocable commitment).

This is surely a “cake and eat it too” moment (perhaps evidence of disagreement and compromise among its members?), for the committee is asking us to, and at the same time not to, hold this commitment as irrevocable; for they seem to be suggesting that there are situations in which the commitment to free and open inquiry might be an undesirable goal because of its effects. The commitment, it turns out, is therefore relative, not absolute.

Now, for all you know, I might agree with that, i.e., I might support the notion that scholarly inquiry must take into account a host of non-academic factors in determining whether the work ought to proceed. If so, what bothers me is the way the committee tries to have it both ways — appearing rigorously committed to academic ideals while at the same time fudging it, just a little (or maybe a lot — they don’t tell us enough to decide which), by asserting that, inasmuch as we are researchers (i.e., our so-called role-specific duty, I gather), we are required to monitor the impact of our work on those whom we study.

(Aside: dare we ask: impact on whom? For surely the groups we study — like all groups — are diverse, stratified, containing internal contests and conflicts; what’s good for one will hardly be seen as good by another, right? So just who, of all the people we might happen to study, are we to be watching, to see what our research does? Failing to entertain this social complexity suggests that the committee understands groups rather differently, perhaps as being much more simple, linear, and homogenous things.)

But let’s stop for a moment and ask what one ought to do with the results of all that monitoring, all that ongoing assessment (among higher ed’s more notable current buzzwords, by the way)? Again, the committee dodges the implications of what they’re actually proposing, I’d say. For while one can assess til the cows come home that doesn’t mean one will alter one’s course, correct? In the classroom instructors can have heaps of fine-grained assessment measures but if they don’t report on what they’ll revise in light of this or that goal they exceeded or failed to meet, well, the assessments aren’t really worth all that much (so why bother even doing it?). For instance, so long as we know something associated with our work will endanger someone, is it ok to proceed? We assessed the implications, after all. No, I don’t think that’s what the committee wants us to get out of this; I think they’re wanting to advocate for scholars to, sticking with my hastily conceived example, “do no harm” (using, by the way, a completely unspecified notion of harm, as I posted about earlier) while not wanting to seem like they’re curtailing free and open inquiry.

I wonder if it would make sense to the committee to say that, as researchers, we have an irrevocable commitment to, say, tell the truth (another vague principle they support) — but we may want to assess that on a case-by-case basis, all depending how the truth will affect the people we study. Or maybe we could advocate an irrevocable commitment to, say, inclusivity and tolerance — while assessing, of course, how those commitments do or do not impact how the people we study see the world. For it strikes me that this is what the committee is advising in this bullet point — they’re trying to have it both ways and I find that rather bothersome.

So that’s what’s so odd about this document: it takes a stand…, but doesn’t.

The distance between the committee’s bullet point and Lincoln’s thesis statement couldn’t be greater, for Lincoln doesn’t waffle: there’s a potential conflict out there, people, and, as a researcher, you may have to choose — not just assess but actually choose. He makes plain his choice, which amounts to a challenge for his readers to consider what they’d do in such a situation.

If, as they say in their preamble, this draft document is meant to provide practical guidelines, then that’s what the committee ought to do as well (whether I agree with where they stand or not): prompt scholars to stand for something, in a clearly defined and unambiguous way.