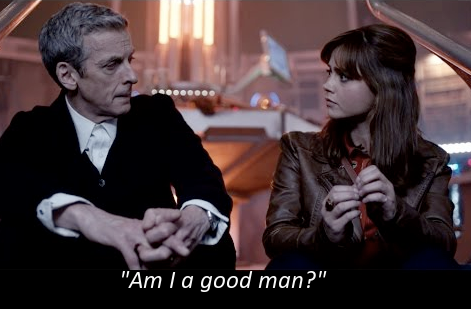 I recall a close friend, almost 30 years ago, to whom I asked the following often-heard question, when they’d just had their first child:

Is he a good baby?

We don’t believe in making moral judgments about our child.

I thought of that exchange yesterday when I first read through the American Academy of Religion’s draft statement on responsible research, posted online for member commentary. (Click the graphic to read it.) 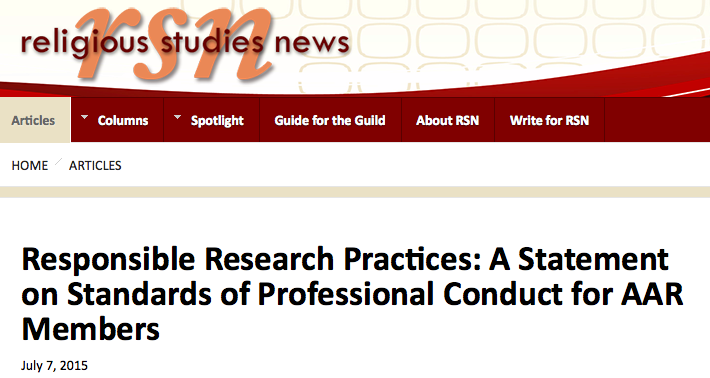 I’m not entirely sure what all sets us, as scholars, apart from other professions and thus what responsibilities we in particular have that need itemization, but if I had to nominate just one trait I’d say it was our attention to details and thus our insistence on specificity — the sort my friend drew out of me; we work hard to try to identify precisely what we’re hearing and reading and seeing and saying and writing and, ideally, even assuming, and then, when we’ve done our work, we put our cards on the table for others to scrutinize us in detail (that’s one of the things that makes us scientific, I’d say, in an admittedly broad sense of the term). We “show our work,” as Bruce Lincoln phrased it in the epilogue to his Theorizing Myth (p. 208), which I’d argue is prompted by the sort of self-consciousness that, in a line I’ve often quoted in the past, Jonathan Z. Smith once proposed as being, in his words, our primary expertise (Imagining Religion, p. ix).

So it was with that sense of our field in mind that I read such items in the draft document as:

I’m not sure what the final version of the document will look like and, yes, I’ve already reached out privately to people within the organization to share my views in a little more detail, but my hope is that the committee will consider just how loaded “good” can be, let alone all those other qualifiers that, sadly, receive no elaboration or definition in this draft. For I think that a document concerned with, as it phrases it, “the highest ideals of intellectual inquiry” ought itself to embody the sort of attention to detail that I think ought to characterize our profession.

So which (or better, whose?) good, precisely, are we to be promoting?

For that one term of morality can cut in an awful lot of directions and I’m not sure if (as the most recent incarnation of Dr. Who worried so much last season) the AAR needs to be concerned with whether or not we’re good people — so long as we’re judged to produce sound scholarship and inspiring teaching.

Which brings to mind a high school biology teacher much disliked by the student population and who I happened to end up getting, somewhere around grade 10 or 11. He was rough around the edges, that’s for certain, but he was among the best teachers I’d had up to that point in my education. Did he promote goodness? I have no idea; but he taught me to be interested in something I’d previously overlooked, such that I don’t recall studying for his class, since learning the material was too damned interesting to be labeled as “studying.”

So I’d say he did his job quite well.

If you’re a scholar who studies religion, then read the draft and submit a comment — coz if, as I once heard somewhere, the field is the creation of the scholars who study it, then its standards and expectations of us ought to reflect our views of just what it is that we think we’re up to when we’re being scholars who happen to study religion.

After writing this initial article a series of posts on the document
developed, all of which are indexed here.

3 thoughts on “Our Highest Ideals”