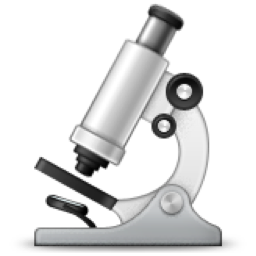 Have you seen the new 1:25 video from Bill Nye, the science guy, explaining evolutionary theory with Emoji?

It’s kind’a curious since it is clearly meant to persuade people inasmuch as it says complex things both fun and simply — hence the emojis popping in and swooshing and out — as if anti-evolutionary positions are inspired by their lack of understanding of complex matters.

But here’s where, in the first 20 seconds, attempts like this fail…

What many scientists seem not to understand is that when they say “Well, somehow…” or “probably” they have just opened the door to all kinds of hurt. For the authority of their evolutionary origins narrative is premised on the certainty of cold hard facts, at least as they tell it, but inevitably they have to recognize that there are some rather big gaps and missing links in their narrative (evidenced by his “Well, somehow…”) — that, like all origins narratives, there’s a number of taken-for-granteds that just need to be postulated in order to get the story off the ground.

But they fail to see that, in the opening words of his video, the legitimacy of their position just took a pretty big hit, for their interlocutors (or should I just call them adversaries?) have different taken-for-granteds, and no doubts whatsoever. So they have an answer for all of this:

It’s no accident; God did it.

So, in less than 15 seconds the video loses those it seeks to persuade — making it a pretty bad video.

Or…, on second thought….

Maybe it’s a mistake to read the video as trying to persuade those who disagree with this position. Might it be possible that it is, instead, preaching to the choir, as they say, by breaking complex theory down so simply that even a child can understand it — and thereby reproducing the stereotype, among some scientists at least, that those who disagree with evolutionary theory are unreasonable, childlike simpletons?

For example, consider the closing lines of this recent salon.com article on the dangers of faith without reason:

If that’s how we view the social practices we group together and call religion, then might Nye’s video actually be speaking to those already convinced by evolutionary theory, thereby confirming their view of those with whom they disagree? And so if that’s how we view the video, then it is not only a stunning success (“Look how simply the obvious can be stated!”) but it makes sense why “Probably…” and “Well, somehow” didn’t jump out for whomever wrote the script, since they’re not worried by those question marks and leaps, and so they might not even see them there. Because, just like anyone else, they have such confidence in the part of the story they’re already convinced by, who needs empirical evidence for the parts they just accept? In those cases, “Probably…” will do just fine.

So it’s kind’a curious how much blind faith is flying around in this whole debate, no?