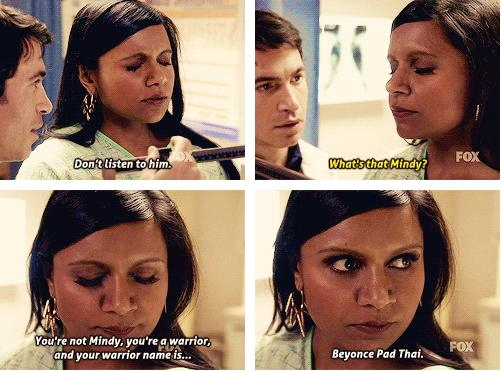 Well, the government of Thailand is sick and tired of your sad excuses for Thai food and they have a plan to ensure you never settle for fake Thai food again. It’s not just a plan, it’s a robot.

Diplomats and dignitaries have been invited to witness the debut of a machine that its promoters say can scientifically evaluate Thai cuisine, telling the difference, for instance, between a properly prepared green curry with just the right mix of Thai basil, curry paste and fresh coconut cream, and a lame imitation.

A boxy contraption filled with sensors and microchips, the so-called e-delicious machine scans food samples to produce a chemical signature, which it measures against a standard deemed to be the authentic version.

The robot was developed by the government-financed Thai Delicious Committee–perhaps the tastiest bureaucracy ever. Watch the video to see the e-delicious machine in action. But why is bad Thai food a problem meriting governmental intervention (and innovation)? Because:

“There are many Thai restaurants all around the world that are not owned by Thai people,” said Supachai Lorlowhakarn, an adviser to the National Innovation Agency, which is in charge of the Thai Delicious program. He added, almost apologetically, “They are owned by Vietnam or Myanmar, or maybe even Italian or French.”

Authentic Thai food is matter of national identity. So much so that the government of Thailand is trying to shame bad Thai restaurants around the world whose food does not cut the mustard–or curry. The goal is to have these machines in Thai embassies around the world and to have a smartphone app that would tell you whether you’re in an authentic restaurant or a pad thai poseur.

Food isn’t the only place nation-states are interested in discerning the authentic from the fake.

One wonders if all those Western leaders like 'true Islam' so much why don't they convert?

Yes, the recent discussions about whether or not ISIS/ISIL/IS is “true Islam” are another instance of how the nation-state must always discern the authentic from the false. President Obama recently declared that “ISIL is not Islamic” and even Republican Senator Rand Paul agreed with him. A couple weeks ago, Russell McCutcheon wrote about how scholars have made similar claims about IS. But why would politicians make the same rhetorical moves?

Just like Thai food, the secular nation-state is required to discern authentic from fake religion. After 9/11, beginning with President George W. Bush, national political leaders have insisted that there is an authentic Islam and a false Islam. Authentic Islam is to be protected, its freedom is guaranteed by the Constitution, and it is no threat to anyone. So-called “false” or “radical” Islam is a problem that, like bad Thai food, threatens the United States as a nation-state. For a religion to find protection it must justify its authenticity. Authenticity is the gauge with which the nation-state measures religion. To that end, when one group decides it want’s to exclude or repress another, they will strip that other group’s religion of it’s authenticity. For example, a few years back oppnents of a mosque in Mufressboro, Tennessee declared that Islam is not an authentic religion. Indeed, one opponent even labeled it “sedition,” that is, a crime against the state. The recent Burwell v. Hobby Lobby decision provides another example of the state determining what is or isn’t authentic religious belief.

As scholars of religion, I don’t think our job is to referee these fights or measure what practices or beliefs measure up to the level of “authentic” necessitated by the nation-state. Judges and lawmakers can and will do that. Our job is to come at the issues from another angle, one that probes the where, when, and how of “authenticity.” Because authenticity is produced, not manifested. The questions for us is not, is this or that religion or noodle dish authentic? Instead, we ask, how is authenticity measured? On what grounds? By who? To what end? What is excluded as inauthentic? What’s at stake in the authentic? How does the nation-state enforce/manage/discipline/discern authenticity?

Because when think our job is to measure the authenticity of religion, we’re just doing the robot.

(H/T to Patrick Blanchfield for posting the Thai robot story on Facebook.)