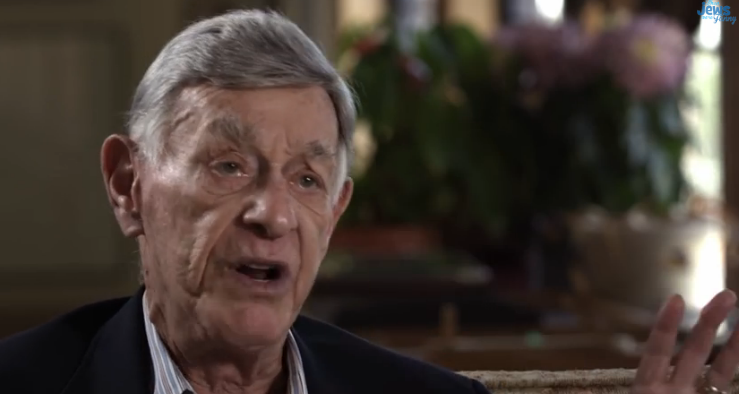 Those interested in studying identity as a historical, and thus changeable, creation, should watch the recent documentary “When Jews Were Funny,” paying particular attention to the relationship between the off-camera interviewer and filmmaker, Alan Zweig, and his interviewees — especially the older comedians, such as Shelly Berman, pictured above (b. 1925; known more recently to some as Larry David’s father on “Curb Your Enthusiasm”), whose appearances frame the film.

For Zweig’s insistence on classifying comedians based on their identity, teasing out of this particular group what they might see as the specifically Jewish nature of their comedy, is met with considerable resistance by the older comics, the ones who I grew up seeing on television in the 1960s (e.g., Jack Carter, Norm Crosby, etc.) — those whose professional lives were necessarily distinguished from any personal identifier (such as being Jewish) for a variety of reasons back then…, reasons that might no longer remain for younger generations, such as Zweig himself; he’s about 60 and pretty obviously working through being married to a non-Jewish woman and having a small child for the first time whose own Jewish identity is pretty much up in the air).

And so what makes this film interesting is the style of the filmmaker, not just the topic of the film; for in a separate interview, Zweig remarks:

It is the gap between the situations of these two different generations in the midst of their presumption of shared identity — the gap between the director and some of the people whom he invites to tell his own story, not theirs — that makes this a fascinating (and funny) film. And, at times in the film, it is the obvious nature of this gap, which invites us to mull over just how identification works, that makes the film far more interesting than, say, a world religions textbook that usually has little place for gaps, nuance, and contradiction — in a word, for situation.

By the way, if these are the sorts of issues that interest you, as applied to any identity, then consider browsing through Culture on the Edge, a collaborative research blog that involves three members of the REL faculty.