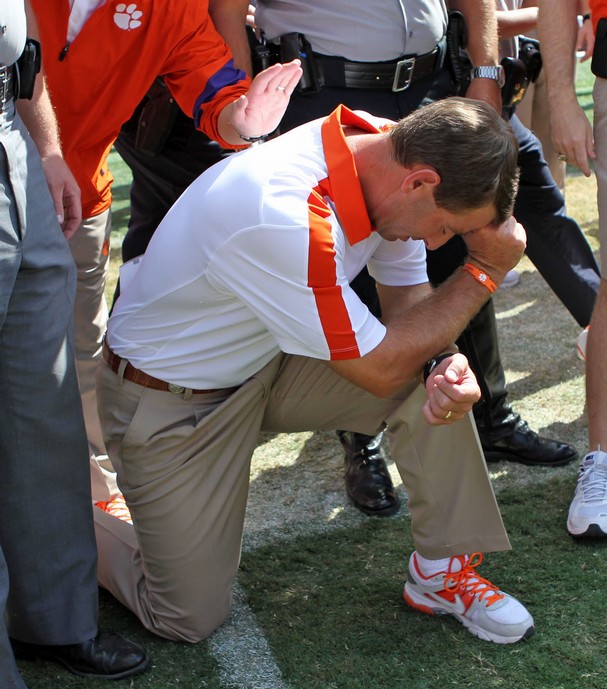 The Freedom From Religion Foundation has drawn attention to what it argues is unconstitutional behavior at Clemson’s football program, led by Coach Dabo Swinney (pictured above, reportedly praying after a 2011 victory over Auburn).

While the full article is here, the gist of it is: 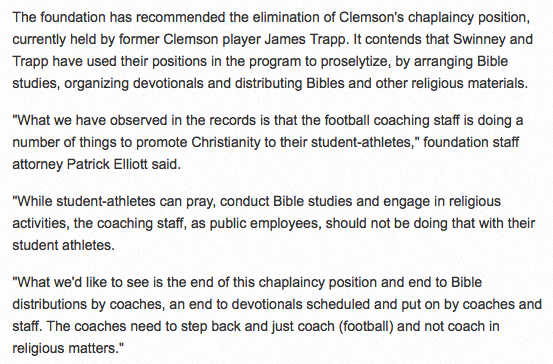 How do you read the second amendment to the U.S. Constitution? How would the courts see this? And if sports programs at universities often seem to be semi-autonomous entities then does that allow coaches at public universities freedoms professors are denied?

Or, to rephrase, do non-athletes have Constitutional protections that the athletes on campus don’t?