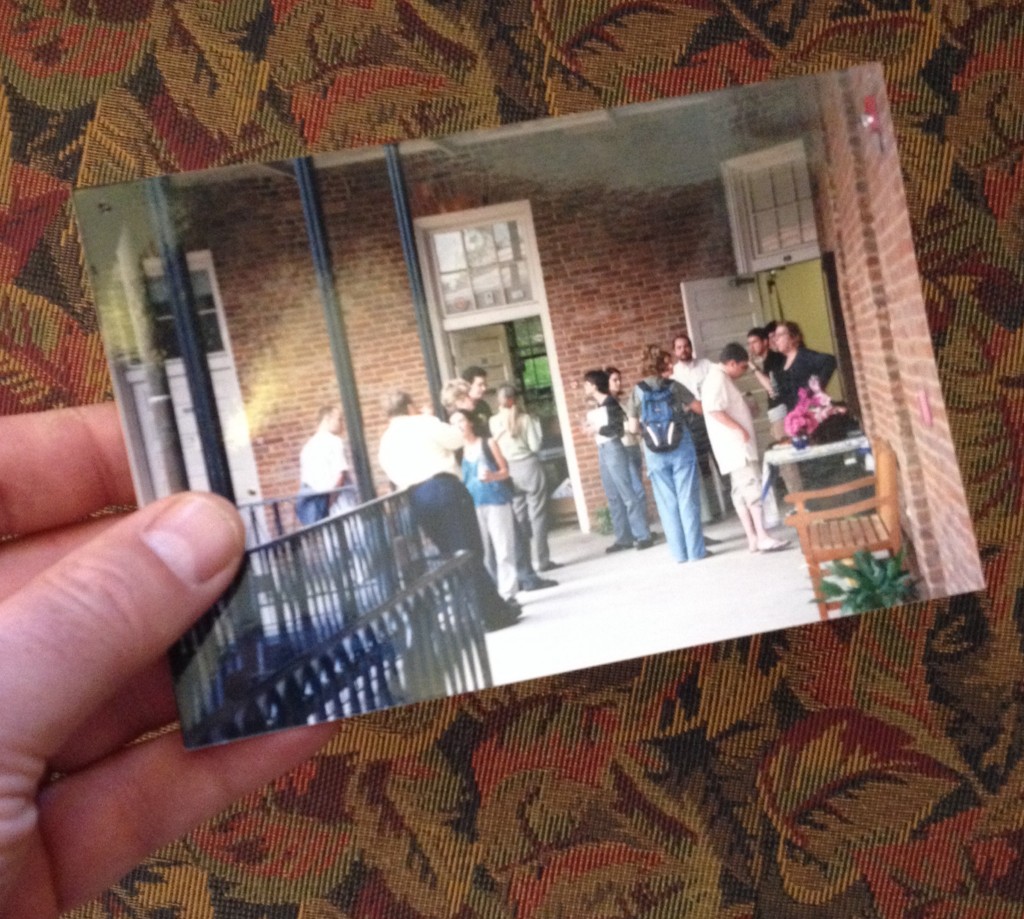 If you’re reading this blog then you may know that we’re a small undergraduate degree-granting Department that has a number of things going on — from a couple of longstanding lecture series to a newly invented annual undergrad research symposium, from an active student association and Facebook page, to some faculty who actively collaborate with one another on their own research. We bring grads back to talk about their post-B.A. lives and careers, we have this blog with posts from faculty, students, and alumni, and we try to take what leadership we can on campus-wide initiatives. We teach our share of students each semester, of course (in some large lectures and also in small seminars), but, as a group, we also understand that running a thing called a Department is about more than teaching students or just having offices next door to each other, where we each pursue our individual scholarly interests.

In this day of calls for the Humanities to justify themselves, increasing emphases on university degrees as preparation for practical careers, and parents and students shopping carefully for degrees and majors, I can’t imagine how a faculty member mindful of the precarious position of any institution — including the university or their own department — would approach it any differently.

But many do, of course. To their own detriment, I think.

I’ll sometimes hear people amazed by what all we do, from the substantial website that we have to the videos that we now routinely make of our own students or the guest lecturers who visit our campus. They’re amazed we do it all.

It’s that amazement that puzzled me — well, to be honest, more than puzzles. It frustrates me. For it seems to be another moment when, as I identified in a recent post on mistakes some early career people make in how they approach their teaching, colleagues are only able to focus on the product and not the process. I’m not sure whether it is because of the commodified world in which we all now live, in which we have no idea of how something was actually made, just that it is priced well, or perhaps because of the academic field in which we’re located, where we often take the thing we study, religion, to be a self-contained object that needs no explanation, that persists across time and place, calling for us only to describe or appreciate it and not to account for it. But for whatever reason, I suspect that people sometimes look at all we do and assume it was always that way, assume that, if they were to try to do anything like this they’d have to immediately be up to speed with Hollywood production standards.

So if asked, for example, how we started filming in our Department, I would take out that photo, above, of what we call Honors Day, back in 2002, the Spring of my first year here in Alabama. And I would say that this is where it started: inventing a small ceremony, on our building’s balcony, with little resources, bringing in a table cloth from home, getting a few flowers in a vase, all in order to give out small student scholarships (we had a total of $800 to give out, as I recall, dividing it between several different, high-achieving students). Oh, and taking some pictures of the event (thanks to Betty Dickey, our senior administrative assistant, who eventually became our official photographer). Pre-digital meant getting the film developed and paying for it ourselves. In fact, I still have those original photos in my desk drawer.

Sitting here, 12 years later, in a future we of course couldn’t have imaged back then, I’d say the next step was getting an extremely basic website up and running, one we replaced a few years after that with what we have today (a site that, over a decade, incrementally grew into what you can now browse around). Next? Scanning those photos and putting them on a web page whose production standards look pretty shabby now (who knew to “trim” the canvas back then?); but in 2003, it was pretty sophisticated. It involved learning html and web skills (at least enough to get the job done), teaching it to all those student workers we were able to hire over the years, who enjoyed pitching in, who felt real accomplishment for their labors, and who all left with skills but only to be replaced by newcomers who needed to learn it all over again — two steps forward and one step back. But such is life when you’re in an institution like a university, where we stay and they continually come and go.

In other words, while it didn’t have to develop in that direction, it did, and the “it” refers to a host of activities we tried and perfected, or tried and left behind in favor of something else, all motivated by the goal of inventing the idea of a Department as something more than just classes and adjacent offices. In hopes that if we built it the students would come.

And they did. We’ve now got thirteen years’ worth of award winners’ names on banners that go up around our balcony in preparation for every Honors Day.

So I keep that early Honors Day page on our site as I originally made it, as a bit of a reminder — that we’ve come a long way, baby. Hopefully, it also helps to remind anyone who cruises our site that social formation is an ongoing activity, it is never completed, who knows where it is going, and no social fact is a fait accompli but, instead, the tip of a long, complex iceberg of happenstance and intention that will only work if our students and our colleagues see us invest in our units ourselves.

Taking a photo of a small event in 2002 didn’t have to turn into a Vimeo account, of course, but, in our case, it did, over a long and unpredictably windy road.

A final thought: that we’re the ones who stay, while the students leave, suggests that we, as facutly and staff, benefit far more than we might realize from this investment in what some dismiss or demean as mere service. For I’m not sure what research we’d all be getting done, what conferences we’d be going to, and what books we’d be publishing or reviewing, if we all were not tending to the countless little details of continually re-inventing our units, doing it in such a way that students, parents, colleagues, administrators, legislators, etc., thought it had always been there and always been like that.

Until they see the uncropped photos from 2002, that is. But we’ll keep that as our little secret, no? 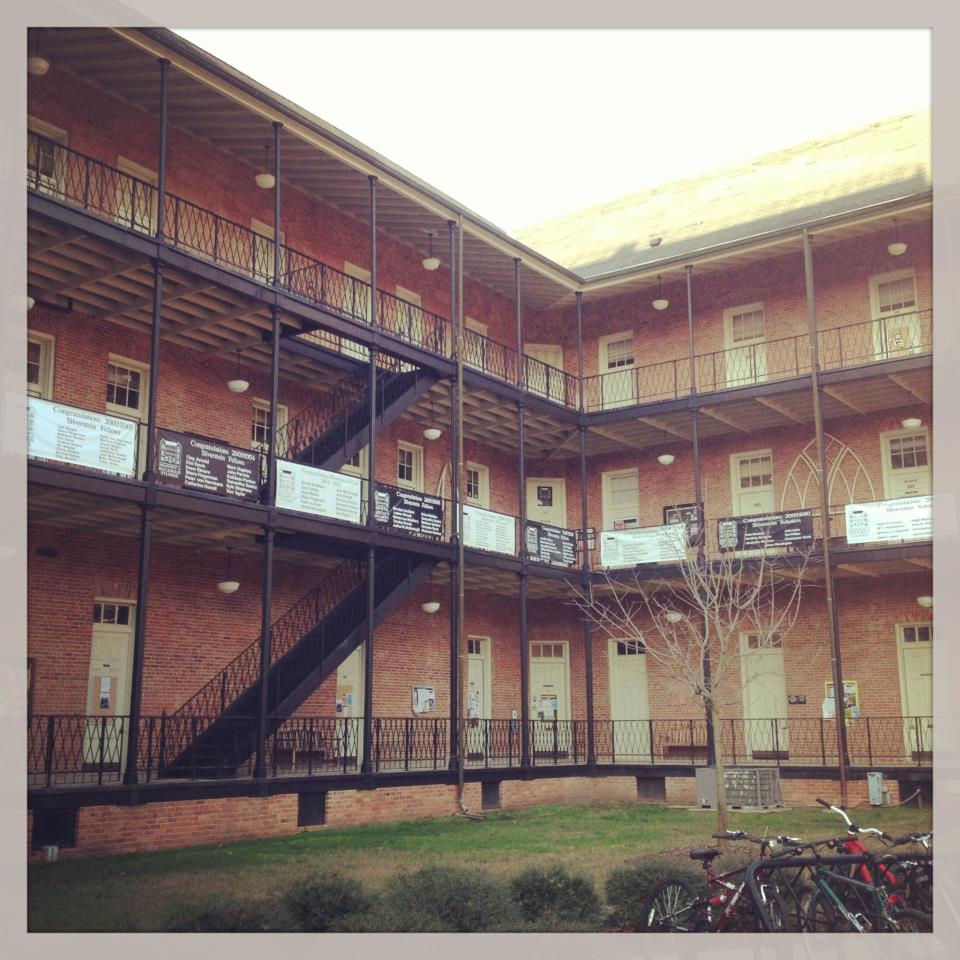