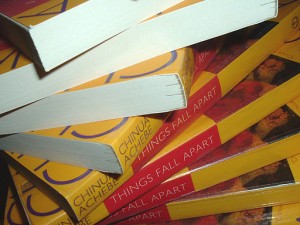 An article in the Wall Street Journal last week decrying the shift in English departments away from the classics reflects the challenge that the Humanities faces because Humanities research often creates discomfort. The article specifically used UCLA’s 2011 curriculum change, which no longer requires semester-long courses on Shakespeare, Milton, and Chaucer, favoring courses that focus on issues of gender, class, race, etc., as a symbol of a focus in critical theory on everyone being victims. Her characterization of these courses illustrates part of the privilege that changes like UCLA’s challenge. She assumes that those doing feminist theory or Chicana literature focus on victimization because, it seems, she cannot imagine anyone celebrating the variety of voices, eloquent voices even, in the world. Critical theory and new ideas in any field can make people uncomfortable and may challenge assumed privileges. This discomfort is a factor in the challenges to the Humanities, including attempts to defund programs.

But imagine the world without the new ideas that the Humanities help generate. Natalia Cecire’s post on Saturday does a masterful job of highlighting the challenges to the status quo that Humanities scholarship (broadly conceived as both within and outside the academy) have promoted, including the recognition of the value within literature not written by white men. Cecire writes,

There’s a reason that students protested and sat in to fight for the establishment of ethnic studies and women’s studies departments in the 1960s and 70s. It wasn’t a fashion statement: serious formal engagement with the cultural contributions of women and ethnic minorities was urgently needed. No one can credibly say in public that women cannot be great authors anymore, for example, and when the writer V.S. Naipaul tried in 2011 (and David Gilmour in 2013), everybody knew how ridiculously wrong he was. How did they know? Thank the humanities. Thank those horrible feminist critics from the ’80s who allegedly ruined literary scholarship. They worked like hell to change the language, and most of them never got famous.

As a new semester is at hand, reading Cecire’s entire account provides a good reminder of some of the ways the Humanities are relevant and why the questions that scholarship in the Humanities raises are not always welcomed.