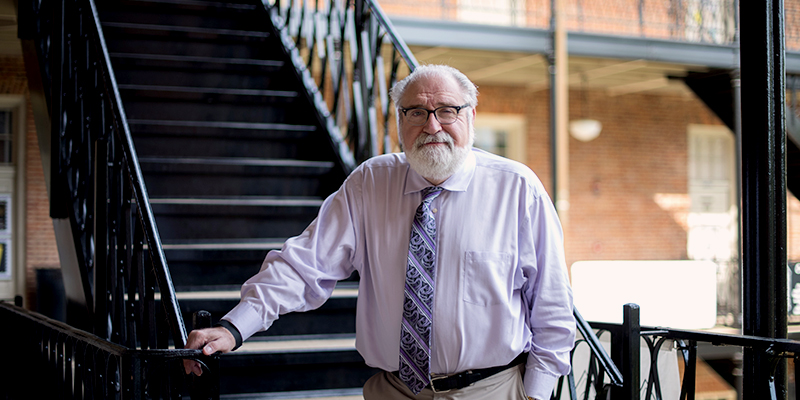 Steven Leonard Jacobs joined the Department of Religious Studies as Associate Professor and Aaron Aronov Chair of Judaic Studies on January 1, 2001 — a position he held for almost 20 years — and received tenure as of August 2004 and was promoted to Full Professor in 2017. He received his BA from Penn State University; and his BHL, MAHL, DHL, DD,  ordination from the Hebrew Union College-Jewish Institute of Religion. A resident of Alabama for more than three decades, he has taught at Spring Hill College, Mobile; University of Alabama at Birmingham, Birmingham-Southern College, Samford University, Birmingham; the University of Alabama in Huntsville and Calhoun Community College, Huntsville; as well as serving congregations in Birmingham, Mobile and Huntsville.

In October 2019, the University of Alabama’s Board of Trustees appointed Prof. Jacobs as REL’s Emeritus Aaron Aronov Endowed Chair in Judaic Studies.

He is also the REL assessment coordinator.