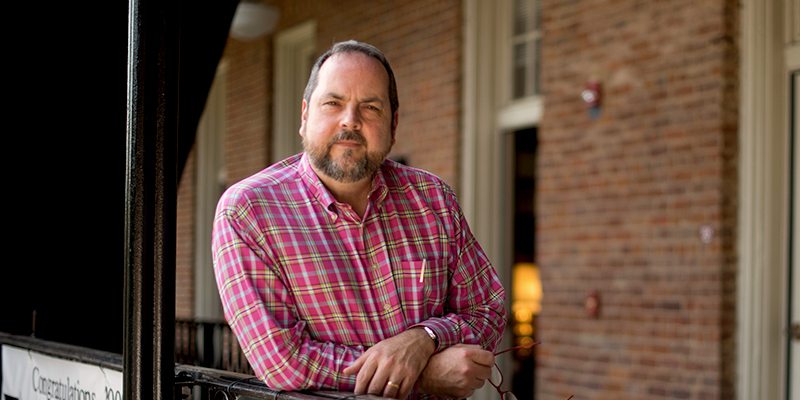 His areas of interest include the history of scholarship on myths and rituals, the history of the publicly-funded academic study of religion as practiced in the U.S., secularism, theories of religion, as well as the relations between the classification “religion” itself and the rise of the nation-state.

He has written a wide number of books, including his first, Manufacturing Religion (1997) and Studying Religion: An Introduction (2007; second ed. 2018), as well as publishing a several collections of his own essays, such as Critics Not Caretakers (2001), The Discipline of Religion (2003), A Modest Proposal on Method (2015) and Entanglements (2015) — while also editing journals and editing or co-editing a variety of resources in the field (such as The Guide to the Study of Religion [with Willi Braun, 2000], Fabricating Origins [2015], Fabricating Identities [2017], and Religion in 5 Minutes [with Aaron Hughes, 2017]). In 2018 he published two new collections of his own essays: “Religion” in Theory and Practice (Equinox) and Fabricating Religion (Walter de Gruyter) as well as another co-edited book with Braun, Reading J. Z. Smith (Oxford University Press).

His recent books include an edited collection of Willi Braun’s essays, Jesus and Addiction to Origins (Equinox 2020), Remembering J. Z. Smith (a collection of essays on the influence of Jonathan Z. Smith, co-edited with Emily Crews; Equinox 2020), and, with Aaron Hughes, a collection of leading scholars debating each other’s definitions of religion (for Oxford University Press; Fall 2021). His collection of essays, On Making a Shift in the Study of Religion and Other Essays was published in Berlin by Walter de Gruyter in 2021 and, along with Aaron Hughes, he co-authored two new resources, Religion in 50 Words: A Critical Vocabulary and Religion in 50 More Words: A Redescriptive Vocabulary (2021). With Aaron Hughes he is also the editor of What is Religion? Debating the Academic Study of Religion (2021).

McCutcheon regularly teaches large enrollment sections of REL 100 Introduction to the Study of Religion as well as a wide variety of courses and upper-level seminars in the Department (on such topics as theories of religion and the rhetoric of religious experience). In addition, he is a member of the Graduate Faculty and regularly supervises M.A. students.

Visit Prof. McCutcheon’s amazon.com author’s page to learn more about his work or find him on Google Scholar.