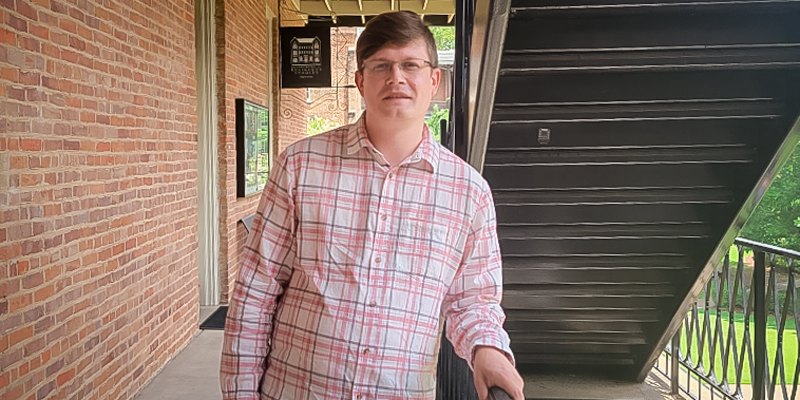 Dr. Kyselov was trained in religious studies at Taras Shevchenko National University of Kyiv (Ukraine), where he earned his PhD (2007). He has occupied different positions at the H. S. Skovoroda Institute of Philosophy of Ukraine’s National Academy of Sciences (2006–2016). He also lectured (2007–2013) and conducted research (2016–2018) at the National Pedagogical Dragomanov University (2007–2018). He became a full-time Senior Researcher at H. S. Skovoroda Institute of Philosophy in 2019.

He came to the Department of Religious Studies of The University of Alabama as a visiting Fulbright Visiting Scholar in October 2021 and was then hired full-time as an Instructor for the 2022-23 academic year.

Oleg’s book on Christian ecumenism is written in Ukrainian; there, he argues that the particular Church’s position toward ecumenism depends on its ecclesiology. Besides, its ecumenical position is predetermined by its current and potential place in the religious landscape. He also demonstrates that ecumenical relations correlate to the social and political situation in the country or region. In recent years his research has focused on scientific atheism in Soviet Ukraine. One of his claims is that scientific atheism was transformed during Perestroika times; it became closer to the academic study of religion.

Dr. Kyselov is also a member of the undergraduate committee.