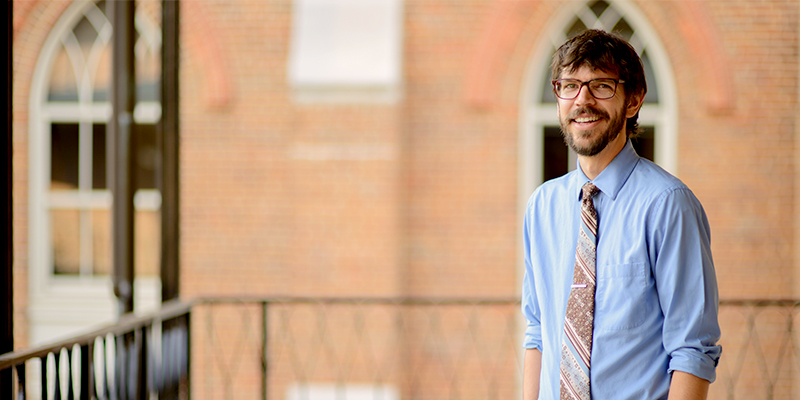 Michael J. Altman received his PhD in American Religious Cultures from Emory University. His areas of interest are American religious history, colonialism, theory and method in the study of religion, and Asian religions in American culture. Trained in the field of American religious cultures, he is interested in the ways religion is constructed through difference, conflict, and contact.

Dr. Altman is the author of Heathen, Hindoo, Hindu: American Representations of India, 1721-1893 (Oxford, 2017). Today, there are more than two million Hindus in America. But before the twentieth century, Hinduism was unknown in the United States. But while Americans did not write about “Hinduism,” they speculated at length about “heathenism,” “the religion of the Hindoos,” and “Brahmanism.” In Heathen, Hindoo, Hindu, Dr. Altman argues that this is not a mere sematic distinction-a case of more politically correct terminology being accepted over time-but a way that Americans worked out their own identities. American representations of India said more about Americans than about Hindus. For his next book length project, Dr. Altman is researching the use of American history in the formation of evangelical Protestant identities and communities. His forthcoming book, Hinduism in America (Routledge) will be published in the Spring of 2022.

Dr. Altman is the PI, organizer, and an active mentor for the four year American Examples grant from the Luce Foundation (which bring a group of early career scholars to UA three times each year, to work on their research, teaching, and public humanities skills), the editor of the American Examples book series with the University of Alabama Press, one of the co-developers of the uncivilreligion initiative (launched in January 2022, in partnership with the Smithsonian Museum of American History, to document the role of religion in the January 2021 insurrection at the US Capitol), and also the founder and continuing supervisor for REL’s Study Religion podcast.

Along with his research, Dr. Altman teaches a range of classes in the department from REL 130: Religion, Politics, and Law to REL 450: Religion and Power in Colonial India and a variety of 500-level graduate courses (including our Foundations course on public humanities along with the history of the field).  His courses are notable for their use of digital projects such as course blogs (for examples, see American Religion in America and Monks and Nones.)