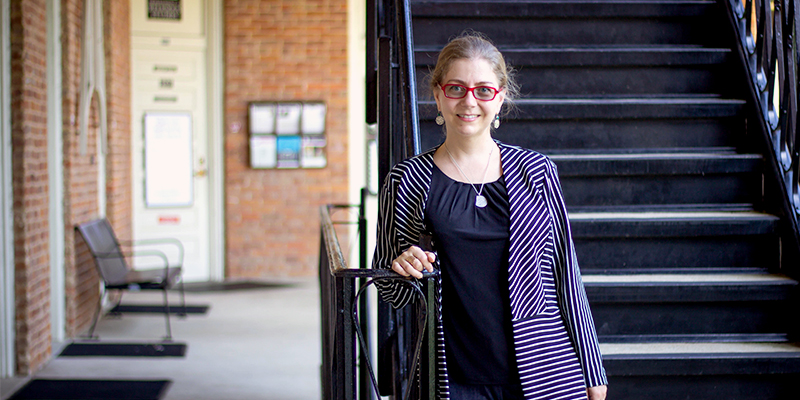 Dr. Edith Szanto is an assistant professor in religious studies at The University of Alabama, joining the department in Fall 2019. Dr. Szanto received her PhD in religious studies from the University of Toronto in 2012 with a dissertation that examined Twelver Shi’i practices in Syria, where she spent three years on a Fulbright scholarship, researching popular Islamic practices and working for the UN.

Dr. Szanto is finishing the manuscript of her book, tentatively entitled Transgressive Traditions: Twelver Shi’ism in Modern Syria. The book focuses on Twelver Shi’i models of education, commemorative rituals, and negotiations of communal identities at the shrine of Sayyida Zaynab and in the seminaries surrounding the shrine.

Among her recent projects is one examining religion in Iraqi Kurdistan.

Dr. Szanto is a member of the department’s undergraduate committee and an advisor for the REL major and minor.

Among the classes, Dr. Szanto teaches is REL 236 Islam as well as a variety of upper-level and graduate seminars on the study of Islam, such as REL 336 Islam and the West.