In the study of religion scholars often talk about ancient religion in general, and, in particular, ancient Greek religion. But there is always a danger of projecting contemporary assumption backward in time—a concern we likely ought to keep in mind when it comes to studying such things as ancient Greek religion. This course therefore examines how the ancient Greek world is described and represented in the present, in museums, social media, scholarly works, etc. and towards what modern effects. We will also be discussing such topics as heritage, tradition, identity formation and nation-states, as they relate to discourses on the ancient Greek past, all in an effort to develop skills for how we study religion and the past. 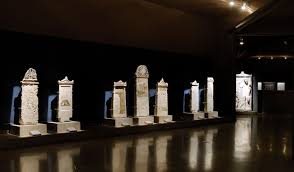 This course has no required books but PDF readings that will be available through the course’s Blackboard site.

Blackboard Other texts will be available through the Blackboard course site.