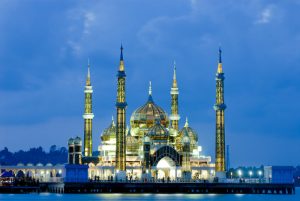 REL 371.001 Religion, Politics, and Culture of the Middle East

Whereas religion has, in places, seemingly declined as a political force, religious factors are dominant in personal behavior and political activity in the Middle East. For example, some commentators ask whether Islamic countries are a “state of Muslims” or a “Muslim state.” As such, these countries seem faced with a difficult decision: Do they attempt to balance a particular view of modernity with their own traditions or do they return to what some perceive as a lost theological/religious-political ideal?

McCants, William
The ISIS Apocalypse: The History, Strategy, and Doomsday Vision of the Islamic State
Picador, 2016
1250112648

Books are available at the SUPe Store and online through vendors such as amazon.com.
Department of Religious Studies