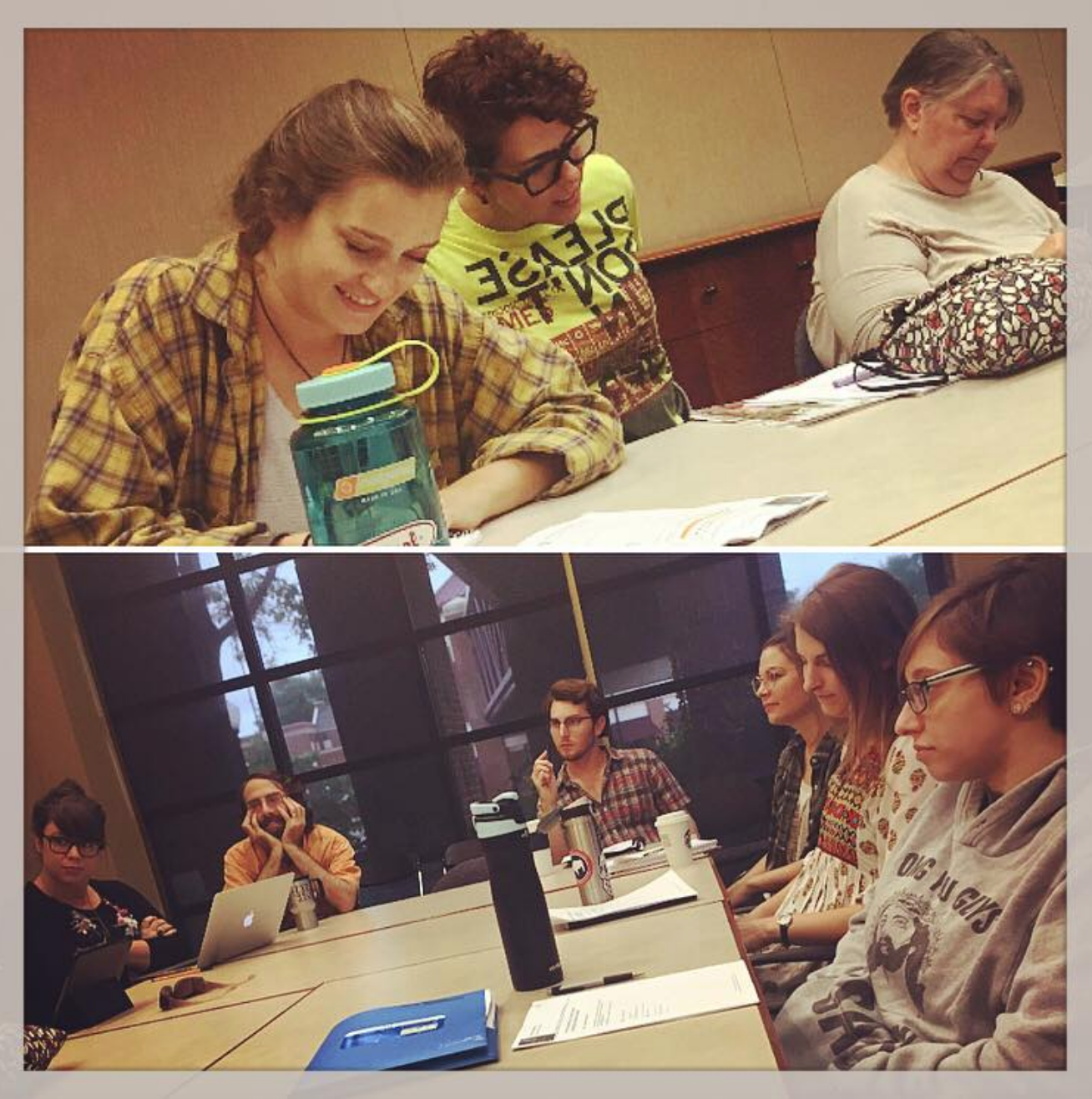 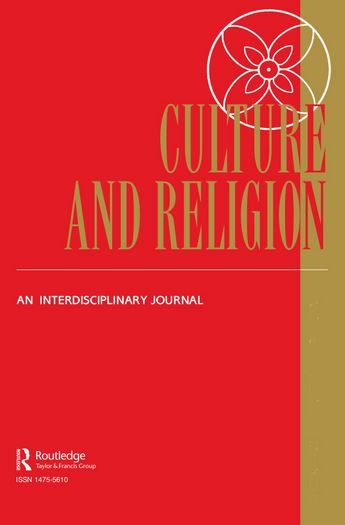 A Pearson textbook Nursing: A Context Based Approach to Learning (reportedly published in 2014) has become a point of controversy after an outpouring of outrage over the culturally stereotyped discussion of “Cultural Differences in Response to Pain.” The publisher has apologized, is studying how this chart passed editorial review, and has “removed the material in question from current versions of the book.” Noting how essentialized descriptions in a 2014 textbook only comes to attention now makes one wonder how many people, particularly educators and editors, viewed this chart and thought nothing of it. Though many of us continue to hope that people would be more aware of the problem of stereotypes and generalized assertions, much of what we teach in Religious Studies about critical thinking, categorization, and the problems of essentialization remains vitally important, but sometimes we have to remind ourselves of the dangers of generalizing, too. END_OF_DOCUMENT_TOKEN_TO_BE_REPLACED 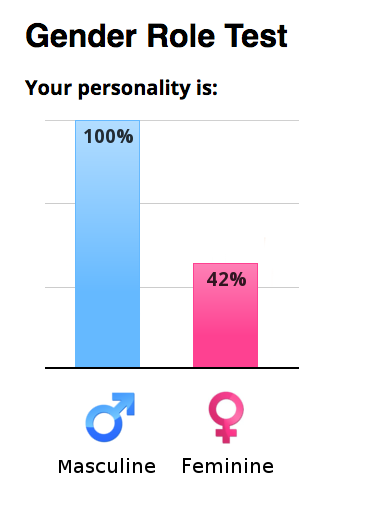 While I’m not familiar with Bem’s work, I do find it somewhat telling that despite the acknowledgement of stereotyping, this test proceeds to do just that. As I went through the questions, it became quite clear to me that I was going to be labeled as “masculine” — not because these traits are inherently masculine, but rather because that is what we have come to take for granted as a masculine traits (e.g., assertive, dominant, ambitious, to name but a few listed in the test) — as opposed to “feminine” (e.g., polite, mild, soothing). Of course, it is worth noting that there are only two gender identifications with which one can identify. And while one can easily push back and say that these traits are gender fluid, etc., etc., what I find most compelling is the way in which these quiz questions reify gender norms broadly speaking. I suspect most people might nod and agree with their results, unless of course, they get something as drastically “different” as mine.  END_OF_DOCUMENT_TOKEN_TO_BE_REPLACED

I could go on, but we may never know. END_OF_DOCUMENT_TOKEN_TO_BE_REPLACED 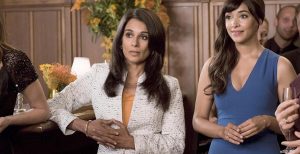 In TV, the same jokes have a habit of popping up over and over again in different shows. Someone falls in love with their work partner. Someone has two dates to the same event. Everyone’s family is dysfunctional. They’re tiring, boring plots that we’ve seen several times before on several different shows.

New Girl recently employed what I find to be the most frustrating and un-funny recurring joke: white guy picks up the wrong non-white woman.

In the season 5 premiere, Nick is tasked with picking up Cece’s mom from the airport. But-shocker!-he picks up the wrong person. Fans of the show will recall that this should not be the first time Nick has met Cece’s mom-ostensibly, he met her at Cece’s wedding in season 2. Despite this, and despite the fact that Cece’s mom speaks perfect English (and the woman he picks up doesn’t speak English at all), Nick manages to basically kidnap another South Asian woman and take her to Cece’s engagement party.

As I’ve said before, this is hardly the first time this joke has been employed. The other scene that sticks out most to me is from Arrested Development, when Michael thinks he’s giving Lupe (also a woman he’s met several times before) a ride to work, but actually picks up a different Latina woman. 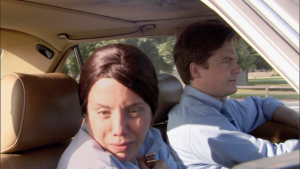 Michael picks up a woman who is not actually his mother’s housekeeper on Arrested Development.

Why do we see this joke over and over again? And why are the men in these shows able to completely ignore the fact that the woman in their car is terrified of them?

Racial minorities are frequently made the butt of jokes on television. This joke is yet another example of it. The minority character’s pain is translated into a joke, rather than taken seriously (much like we see in reality!).

New Girl seems to have somewhat of an issue with its portrayal of immigrants. Tran, Nick’s silent, old, Southeast Asian friend, is a perfect example of Jane Iwamura’s “Oriental Monk” trope (a topic which I have blogged about in the past). This is somewhat surprising, given the show’s complex and well-rounded portrayals of several other minority characters (particularly Winston and Coach, two black men, and Cece, an Indian woman). These characters, however, are natural-born citizens. Often, the show uses humor to address the stereotypes assigned to these characters. For instance, in season 2, Winston reminds Schmidt that he is black, regardless of whether or not he fits into stereotypes about black men. Given the show’s history with characters of color, it is possible that this joke is intended as social commentary on the idea that all South Asian/Latino/insert-minority-group-here people look the same. However, in the context of the episode and the show as a whole, it doesn’t appear that this is so. In previous episodes, social commentary was clearly made. By the end of the episode, the joke is flipped back onto the non-minority character. In a sense, it is the non-minority character’s insensitive actions which become the joke, rather than the minority character. In this instance, the joke reversal doesn’t really happen. Nick realizes that he’s picked up the wrong woman, but that’s about all that happens. We never see an apology from Nick to this woman.

To me, this joke represents a trend seen too often in reality. We as Americans fail to listen to minority voices. We don’t even ask for their names. We laugh at our mistakes, but don’t do anything to correct them. But as long as jokes like these remain pervasive in the media, the problem won’t go away. Our treatment of minorities will continue to just be a funny joke.