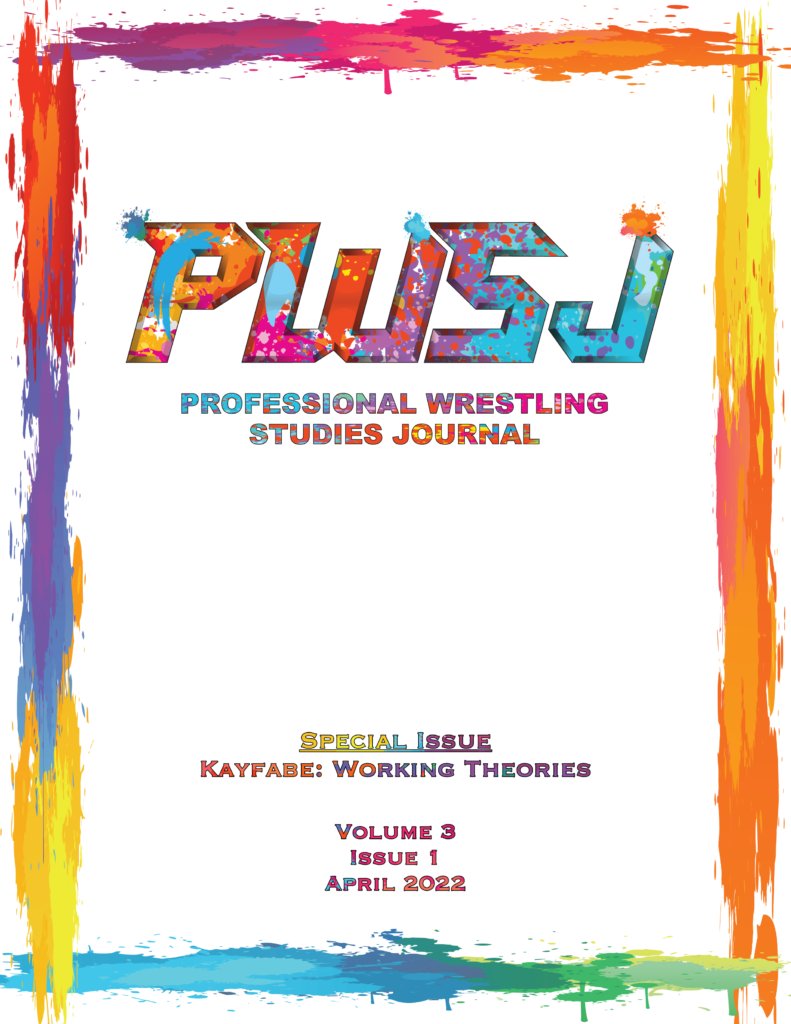 As a scholar of religion, I’m interested in the term “belief.” I find it to be a very curious term. For example, why would 75,000 people fill a football stadium for two nights of Wrestlemania earlier this year to watch professional wrestling matches that they didn’t believe were “real”? Because pro wrestling is “fake,” right? No one believes it’s a real sport or a real competition, right? But yet enough people in the spend their time and money on these matches they don’t believe in to support two major nationally televised pro wrestling companies (All Elite Wrestling and WWE) on top of numerous regional “independent” wrestling promotions.

Within professional wrestling there is a term of art for this phenomenon of not believing what you enjoy watching or suspending one’s disbelief: kayfabe. Kayfabe comes from the carnival world of the late-nineteenth century where professional wrestling began. It’s a sort of pig latin version of “fake.” It was a code between the promoters and performers to keep the fixed nature of the matches hidden from the audience. When an outsider walked up the wrestlers might warn “kayfabe, kayfabe.” Get into character, boys.

But kayfabe is more than just the fakeness of pro wrestling. It also refers to the fictional world of professional wrestling, the storylines, the characters, but also the deception and secretiveness of professional wrestling. Everyone knows wrestling is fake, but no one says it out loud on TV. The fans and the performers play along together to make it all look and feel “real.” That slipperiness between real/fake and belief/disbelief, that understanding between performer and audience that we know this is a performance but none of us will admit it, that is kayfabe.

And I think we can see kayfabe in places beyond professional wrestling. Like why is your large coffee a “Venti” at Starbucks? Why does the Chick-fil-a cashier always say “My pleasure!”? We know it’s just a large coffee and we know it might really not be their pleasure. But we all go along with it. “Kayfabe, kayfabe.”

I am so stoked that volume 3 of the Professional Wrestling Studies Journal is out! I had the privilege of working with @hurricanejesse and @Eero_Laine to edit this special issue on "Kayfabe: Working Theories". You can find the full issue here: https://t.co/0BmGG51mDV pic.twitter.com/vkh5qMwckR

Kayfabe is worth scholarly attention, both within pro wrestling and beyond it. So, to that end, I had the privilege of co-editing a special issue of the Professional Wrestling Studies Journal with Jessica Fontaine and Eero Laine titled “Kayfabe: Working Theories.” The journal issue has a series of articles, essays, and a dialogue that look at different aspects of kayfabe and seek to analyze it within wrestling and see how it might be useful for understanding things beyond wrestling. Jessica, Eero, and myself also wrote a theoretical introduction that proposes the best way to understand kayfabe is as a structure of shoot (real) and work (fake) that co-constitute each other. There is no shoot without the work and no work without the shoot. This sort of reminds me of theories of religion and secularism…but that’s another blog post.

So, that’s why a scholar of religion might find professional wrestling worth paying attention to. It’s another place where we can see the complicated ways people make sense of “belief,” what’s real, what’s authentic, and what’s not. And maybe, just maybe, “kayfabe” might be a term that can help us understand things more often labeled “religion.”

You can read the whole open access “Kayfabe: Working Theories” issue on the Professional Westling Studies Association website. Give it a read!