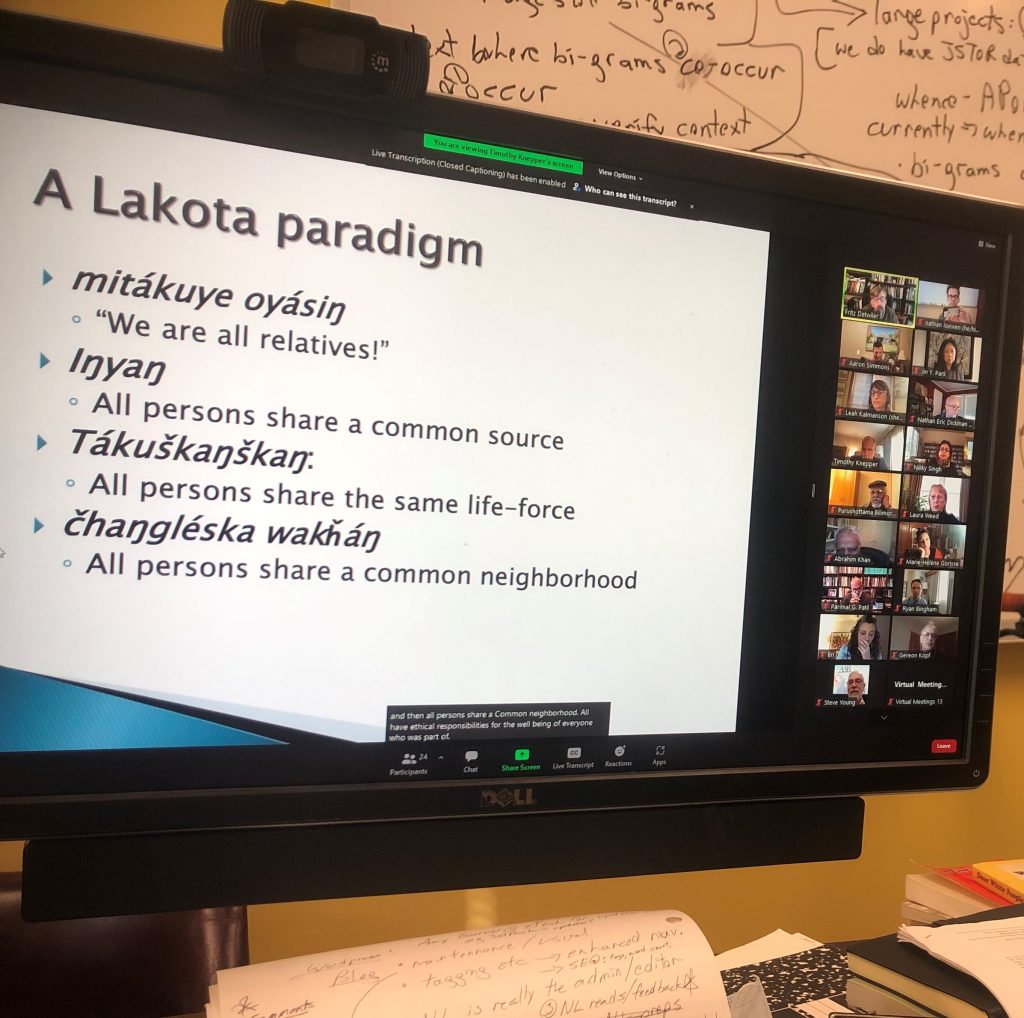 Can philosophy of religion enter the globalized, 21st-century world? If so, how might the field be taught? Prof. Loewen interviewed participants from a recently-concluded project funded by the Wabash Center, “Teaching Philosophy of Religion Inclusively to Diverse Students”: Jin Y. Park, Kevin Schilbrack, Eric Dickman, Louis Komjathy, and Gereon Kopf. You can listen to the episodes as a series on REL Podcasts or find them on the media page of the Global-Critical Philosophy of Religion website.

Gereon Kopf developed the grant-funded project, whose goal is to envision a pedagogical theory and concrete teaching strategies to facilitate student-centered global critical philosophy of religion. The two-year project of online workshops (see the GCPR timeline) involved 11 faculty teaching pilot courses in as many institutions, whose teaching approaches and outcomes were vetted by a group of 9 faculty from additional institutions.* The endeavor is driven by four central concerns:

Prof. Kopf’s vision for the project is based on the “multi-entry approach” (see episode #6 in the series). Kopf’s basic idea is that, in order to fundamentally rethink philosophy of religion, it is necessary not only to engage texts and thinkers from a multiplicity of traditions but also to construct a method and terminology that facilitates multiple standpoints. The multi-entry approach enables a variety of systems and paradigms to engage with each other without using a language or a method that privileges one approach over the other. The multi-entry approach is based on five fundamental features.

Overall, the project strives to translate these five principles into concrete classroom strategies which we will implement and assess over the process of one year. Perspectives on the project will be forthcoming from selected journals, as well as in chapters appearing in the publications of the GCPR project.

Prof. Loewen always holds onto the possibility of adding future podcasts to the series.

* See the participants page on the GCPR website for more information about those involved in this, and other GCPR projects.