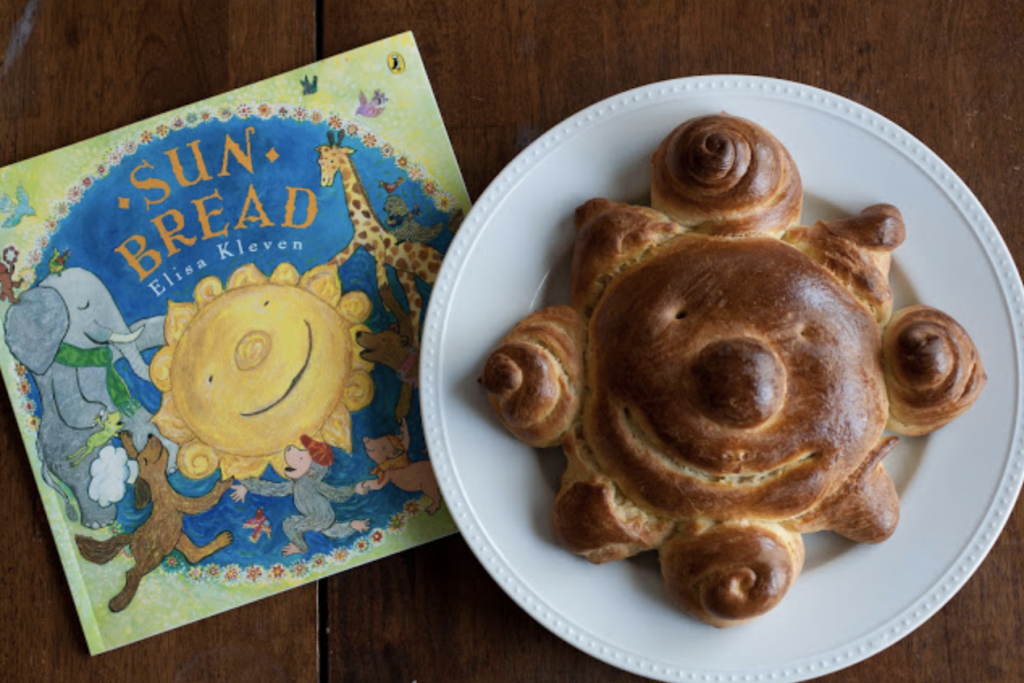 Every year my kids and I make Sun Bread to commemorate the winter solstice. I got this idea from the place where modern momming dwells: Instagram. My kids (by chance) went to a Waldorf preschool which focuses, among other things, on reinforcing the children’s identification with nature and spending the majority of time outside regardless of weather (born in Germany, Waldorf schools take seriously the German saying “there is no bad weather, only inappropriate clothing”). The year is built around seasonal festivals that draw from a variety of traditions (including Anthroposophy, the esoteric philosophy of the founder, Rudolph Steiner, but that’s a whole other can of worms).

I started following a few Waldorf-inspired Instagram accounts to see more about this type of schooling, and, frankly, because I found the projects my kids were doing really pretty (or Instagram-worthy, as the millennial mom would say). I fell down a rabbit hole and found a network of Waldorf and Waldorf-inspired accounts, Nature and Forest Schoolers, unschoolers, and a particular brand of urban homesteaders who were all posting similar projects to their hundreds of thousands of followers. (To give you a sense of this cottagecore-adjacent group, much like the Put a Bird on It sketch from Portlandia succinctly captured the hipster culture of the early 2010s, the calling card of these moms is the toadstool. I’m talking mushrooms everywhere.) One such project was baking sun bread to observe the solstice and commemorate the “return of the sun” as the days begin to grow longer after months of short days. Though baking bread for both summer and winter solstice (from star bread or yule bread to shamsi bread and sometimes challah) has a long tradition in a variety of cultures, this particular sun bread recipe and style came from a 2004 children’s book called Sun Bread by Elisa Kleven. Now, every December 21, Instagram is littered with hundreds of thousands of pictures of this yellow bread with its big round nose and thin little smile.

Anyway, on Solstice Eve I shared a picture of my son and my partner baking this sun bread for the viewing pleasure of my eleven loyal Insta followers. My little brother (as little brothers do) posted a remark about my son being “pagan now, I guess.” My friend, in response, explained that solstice isn’t pagan, but rather science [insert Ron Burgundy gif here] because we all learned about solstices and equinoxes and seasons in school. Besides, she said, it gives her an opportunity to teach her child about astronomy. Of course, whether sun bread (and ritualizing solstice in general) is religion or science (or both) depends on who you ask.  Why did my friend (who also made the sun bread) desperately not want the bread to be seen as “pagan”? What would be at stake for her in her social community? Why did my brother tease me about doing something “pagan” when, if my kid would have baked it at school as part of science class, it would have been totally acceptable to him? What about folks who self-identify as pagan — how would they feel about sun bread being used as “just an astronomy lesson”? Several of the Instagram influencers making the sun bread would eschew both categories and call it “being in tune with the natural world” or perhaps even more explicitly take the “spiritual but not religious” route. The point, of course, is that the way you identify sun bread says a lot about the way you identify yourself. For that short, slightly salty Instagram exchange contained a battle over religious definition as an “act of identification.”

So what does your bread say about you?